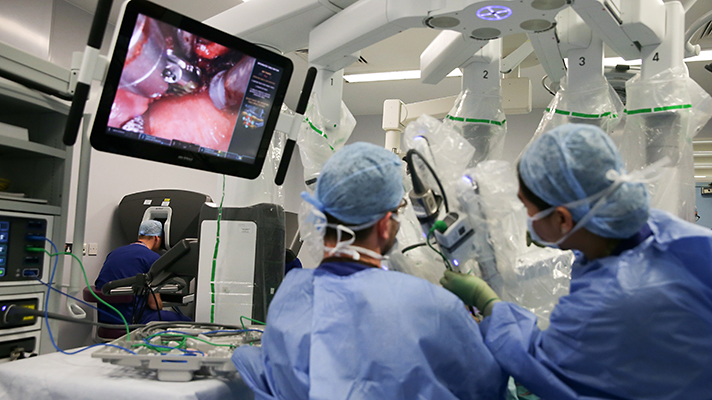 As India prepares itself for Industrial revolution 4.0, the adoption rate of emerging technologies like artificial intelligence, robotics, analytics and IoT has increased many-fold. According to a 2018 study by a leading job portal, India witnessed a spike in the number of job seekers in the field of robotics by 186 per cent, whereas, job postings in the segment stood at 191 per cent.

The study states that the initial impetus for this demand was driven by a number of factors which includes the government’s push for Make In India, which saw the government investing a whopping $13 billion in robotics.

Interestingly, among the industries which saw great adoption of the technology, medical and construction sector witnessed more adoption of robotics when compared to others.

“Robotics is one of the most exciting sectors emerging in India today. Sectors like construction, manufacturing and healthcare are boosting the demand for robotics talent, and there is enormous scope for the application of technology across an even wider array of industries,”  Sashi Kumar, Managing Director, Indeed, said.

Robotics In The Indian Medical Sector

Currently, in India, a key area within healthcare where robotics have been deployed is surgery. Here, robotics assistants are being used across private and public hospitals throughout the country.

Interestingly enough, the first use-case of deploying a robotic surgical assistant in India dates back to 1998, when a team of doctors from Escorts Heart Institute and Research Centre (EHIRC) used a robotic arm to fix a hole in the patient’s heart.

Ever since the number of cases of assisted surgery has gone substantially. In India, however, another revolution in the Indian medical industry was the introduction of IBM’s AI and cognitive powered bot Watson. Since its launch in 2015, IBM has partnered with private medical institutes like Manipal Hospital to deploy the solutions.  The cognitive system has turned out to be a resourceful tool for surgeons with its deep insight, NLP capabilities and with its ability to analyse electronic medical records.

Owing to its high applicability in the field, according to another study, India’s surgical robotics market is estimated to grow by five times within 2025 will be driven by the heightened demand for automation solutions. As per the study, the robotics market in India is expected to grow at a CAGR of 20% between 2017 and 2025 to hit the size of $350 million.

In India, it is estimated that there are over 50 robotics solution providers in the healthcare sector:

Intuitive Surgical: Are the creators of the famous da Vinci Surgical System which is most commonly used in assisted robotics surgeries across the world.  In their four decades of functioning, the company offers an array of robotics products designed for varying surgical requirements. Their robotic-assisted platforms and services offer doctors and hospitals to deliver the best outcome.

Stryker:  Stryker is a US-based company which offer innovative products and services in Orthopaedics, Medical and Surgical, and Neurotechnology and Spine that help improve patient and hospital outcomes.

Robotics arms for complex coronary bypass: In 2002, Dr Naresh Trehan of Delhi’s Escorts Heart Institute and Research Centre (EHIRC) used a robotic arm with an endoscopic camera attached that could provide a 3D imaging of the organs.  The arm composed of three chopstick-like black arms with pivots and pistons connected with cables.

For intestinal surgery: In a unique case, Dr Apurva Vyas of  Sterling Hospitals in Ahmedabad performed robotic surgery on a 67-year-old patient with Median Arcuate Ligament Syndrome, making it the first-ever in India and third in the world.

“Using a four-armed surgical robot, I was able to reach the root of the celiac artery where human fingers could not. The three-dimensional high definition view magnified the artery multi-fold to help me achieve precision that prevented collateral damage to healthy tissue, arteries and nerves,” the doctor told a leading business portal.

Heart Surgery 32km away: With the help of advanced robotics, Gujrat-based acclaimed cardiac surgeon Dr Tejas Patel, performed robotic surgery on a middle-aged with blocked artery while sitting 32km away from the patients, making it the first-ever known case of performing surgery from a remote location,

“This procedure could have been done with a 20mbps connectivity speed as well. I believe this will not just transform coronary ( ) intervention, but the entire vascular space. It has the capability of changing the lives of millions of people living in rural areas,” the doctor said

For knee-replacement: In yet another successful case of robotic surgery, surgeons from Chennai-based SIMS Hospital performed a knee-replacement surgery using a robotic arm. Speaking about its success, Vijay Bose, the orthopaedic surgeon who headed the operation said,“It is just an arm that I hold while operating. It alerts me when there’s a tiny variation in the angle that I operate on.”

Conducting over 500 robotic surgeries: Kochi-based Amrita Institute of Medical Sciences recently celebrated a hallmark moment when the doctors performed its 500 robotics surgery in the hospital. The hospital’s department of gynaecological oncology adopted robotics in 2015 and has performed various gynaecological cancers and for other conditions, “From the beginning, the patients undergoing robotic surgery showed benefits like faster recovery, less pain and less blood loss and fewer complications. The cost of surgery was also kept very low at this institute so that the common patients could benefit from this surgery,” Dr Beena, Additional Medical Superintendent, AIMS said.