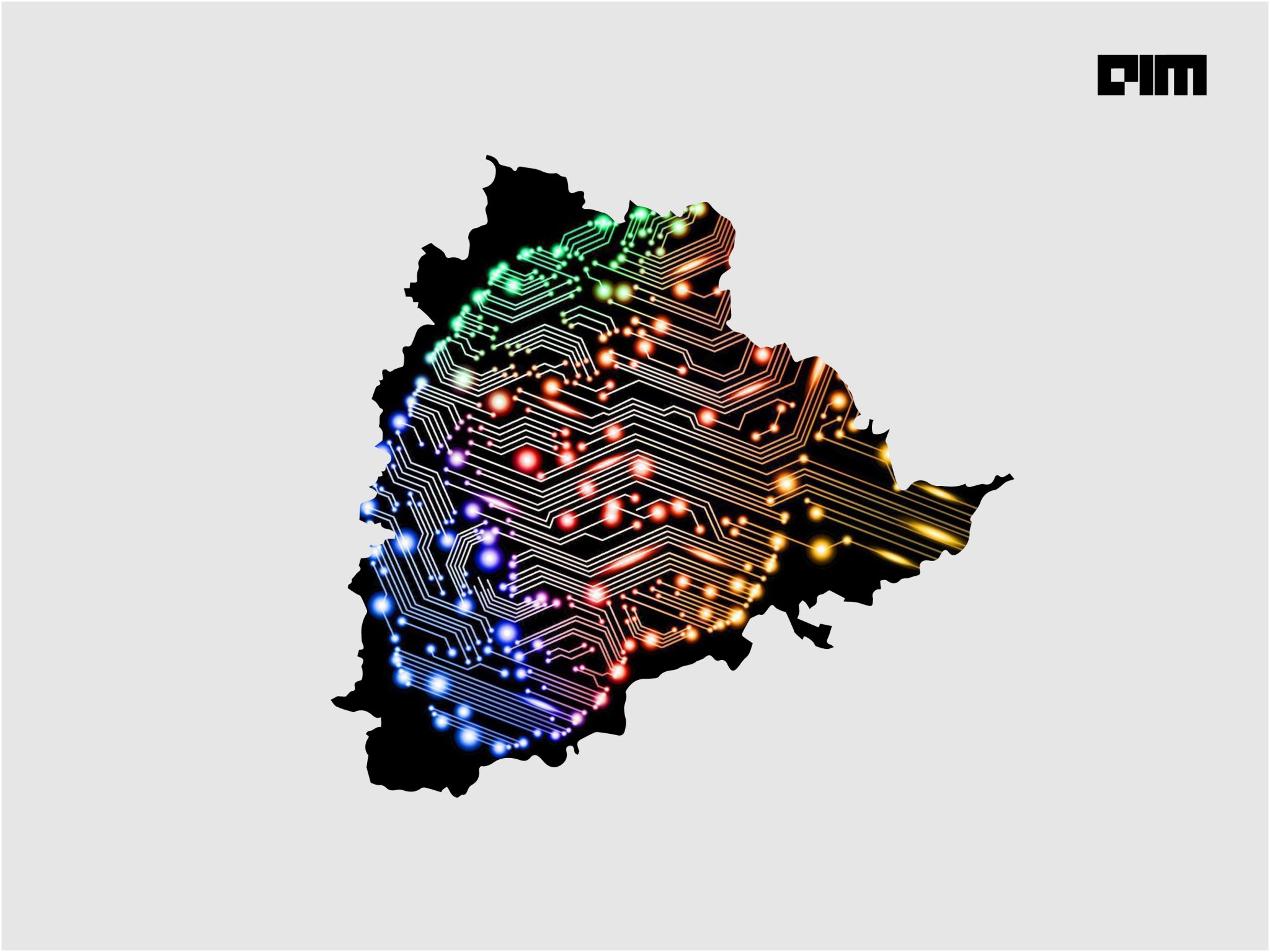 Telangana, in an official release, said that its government would be declaring 2020 as the ‘Year of AI’. This was discussed at a round table meeting organised by the Telangana government to finalise AI-specific incentives and AI strategy framework document. This document will be cleared after several rounds of consultations from AI experts all over the country who have been contributing towards the cause.

Telangana is one of the emerging states in India which has been adapting artificial intelligence rapidly. In this article, we will take a look at how this southern state has been making use of AI in recent years:

The helmet is an essential accessory for riding a bike — it ensures the safety of a biker in the case of accidents. IIT Hyderabad signed a memorandum of understanding with Telangana Police in July 2019 to gain partial access to the CCTV network to integrate AI Technology to catch the bikers riding without the helmet.

The tech uses CNN, and the tech is partially installed in both cameras and servers of the police control room. The card attached to the CCTV cameras helps detect motorcyclists without a helmet. It seems like the helmets aren’t coming off anytime soon because of AI.

Telangana has clearly been inspired by the US, Germany, Canada and the UK who are using AI to reduce human interference in delivering services. Now, Telangana plans on using AI in transport services in the form of easing the issuance of driving licences, registrations of vehicles and other services around citizens. Also, in collaboration with RTA (Regional Transport Authority), the IT services have integrated AI in answering queries posted by people online. This software will be coming top IT companies engaged in scripting a programme using AI.

In 2019, Sytizen offered many digital identification products. This digital identification provider bagged the tender for liveness detection software solution. The company plans to collaborate with its Geneva-headquartered partner TECH5, which provide the AI Algorithm for the face liveliness detection. This collaboration will enhance the existing efforts of the state government.

With this application of Machine learning, Telangana basically issued a warning to the traffic offenders. Telangana is using machine learning to predict which vehicle is more likely to commit a traffic offence. The model will leverage the extensive data sets, which will analyse the abundant data. This application is carried out in collaboration with IIIT Hyderabad. With the existing data sets, the researches also will be collecting the history of the vehicle challans from their registration numbers. This technology is close to implementation and will immensely help the government in properly monitoring road safety.

The Telangana government adopted Microsoft Cloud to become the first state to use AI for eye care screening for children in India. The state government adopted Microsoft Intelligent Network for Eyecare (MINE) which is an AI platform to reduce avoidable blindness. Microsoft has taken steps with India to further improve healthcare in India using AI. Their effort with India to predict the risk of cardiovascular disease among the Indian population comes with their AI-powered risk score API for heart disease. This API develops an Indian heart risk score by using ML and AI to analyse cardio-vascular health records.

Telangana Collaborating with AI on Agriculture

By using machine vision and deep learning applications, many small changes can be made to farming activity in hopes of gaining sizeable returns. Microsoft took the initiative with the International Crop Research Institute for the Semi-Arid Tropics (Icrisat) with developing an AI- sowing app powered by Cortana Intelligence Suite, including machine learning and powered BI.

This app sends sowing advisories to farmers on an optional date to sow. The farmers don’t have to install sensors in the field and incur expenditures; they will only need a smartphone with excellent text receiving service.

Many industries and academic leaders are hopping on this ship to design the year of AI programme. All of them will sign MoUs with the state government. This AI program will be implemented by Nasscom and guided by the AI program framework document.

Anyone concerned about AI eating up jobs in India can be at ease because there will be 8 lakh jobs in India generated because of AI and Big Analytics by 2021 and with Telengana launching its AI program 2020, it can only get better.