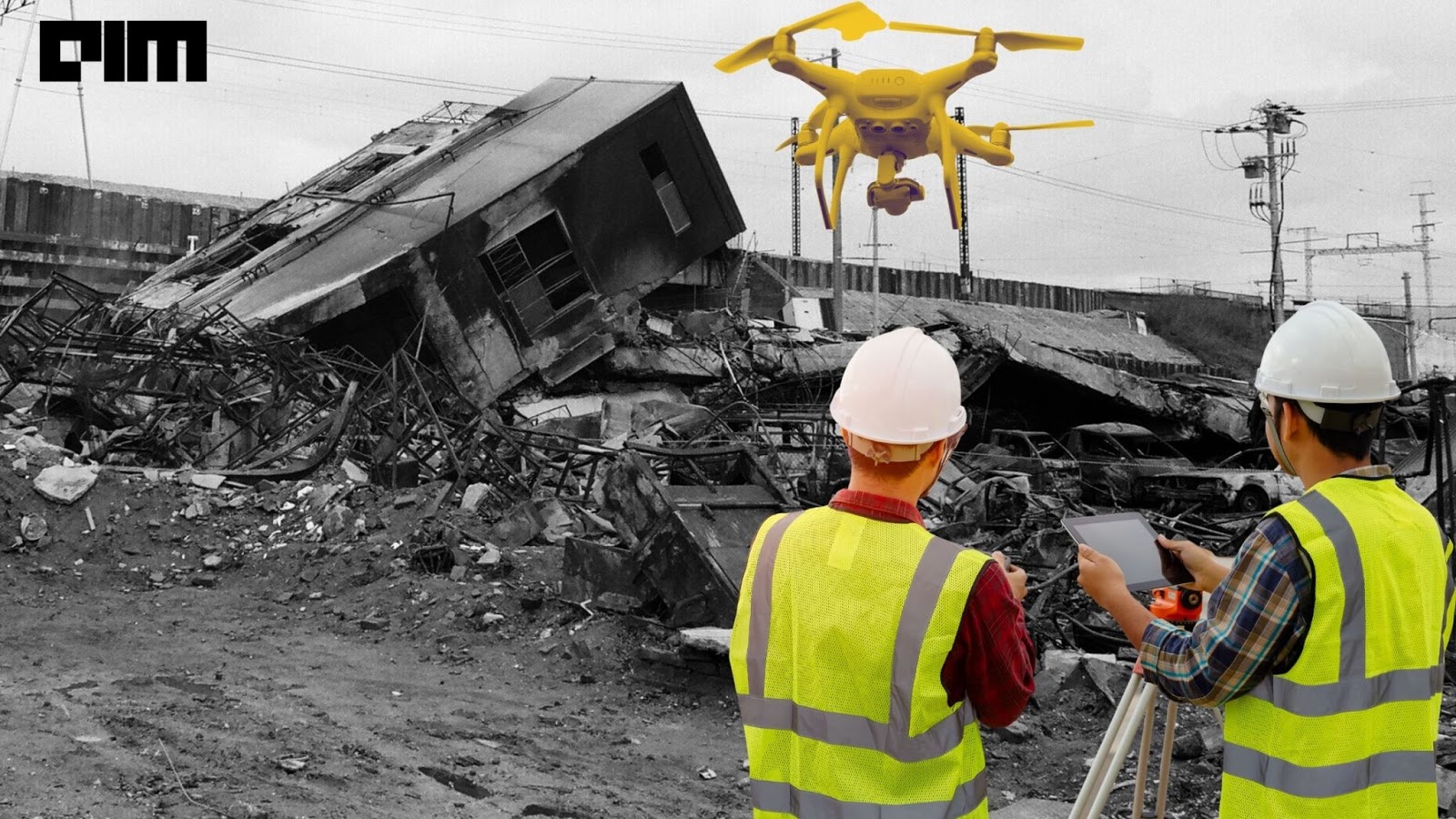 I am a Liberal Arts graduate who enjoys researching new…

Shapeshifting AI-powered drones with the power to track human screams or natural odours might seem lifted straight from a dystopian novel or a movie with post-apocalyptic themes. Well, not in this case.

For some time now, drones have been used for search and rescue missions to capture aerial images of the damage, scan for body heat and supply medicines & food to isolated areas. Now, Germany’s Fraunhofer FKIE institute engineers have kicked it up a notch and built an AI-powered drone prototype to detect human screams. The drone’s purpose is to search for people caught in the debris in the event of a natural disaster.

Macarena Varela, one of the lead engineers behind the prototype, explained the technology at an annual conference hosted by the Acoustic Society of America. She said these drones could cover a larger area in a shorter period–faster than rescuers or trained dogs. As a result, it is an ideal gadget for disaster scenarios such as earthquakes, hurricanes, wildfires or building collapses.

The drone uses aerial acoustics to overcome significant challenges in locating people. It comes with 32 microphones that can distinguish between human cries and natural sounds like animal calls and wind. The drone can also recognise patterns like kicking or clapping. To build the prototype, the researchers created a database of ‘impulsive’ human noise (by recording themselves clapping, kicking, screaming etc), suggesting trouble. The team trained the AI algorithm with these recordings and tweaked the software to filter out ambient sounds and drone rotors. Further, tiny digital microphones, like the ones found in smartphones, were used to keep the drones light.

The researchers conducted several successful open field tests where the drone managed to triangulate the victim’s location in only a few seconds of picking up the sound. According to Varela, the team has succeeded in angular detection and locating impulsive sounds precisely. The researchers have plans of adding a higher frequency microphone to the drone to detect sound signals from hundreds of meters away.

Click here to view a demonstration video for the drone.

The AI drone’s antennae are built from the Manduca sexta hawkmoth. The drone uses antennas similar to the moth- to sense chemicals in the environment. Melanie Anderson, the study’s lead author, described this as a ‘biological organism on a robotic platform’. The moths are kept in the fridge and anesthetised before extracting the antennae. The team added the antenna sensor to a quadcopter drone, with the ML creating a cast and surge protocol to mimic actual moths searching for the smell. In addition, the drone relies on a camera to survey its surroundings- mimicking the insect’s eyes.

The Aerospace Corporation’s drone is built to visually identify humans and dogs and share their location with rescue teams. The software system utilises deep learning algorithms to detect people. As a result, the drone is ideal for extractions during natural disasters. “We’ve all seen images from floods of people on their rooftops clutching their animals- AI-enabled drones could penetrate difficult-to-reach disaster zones and tip-off rescue personnel”, explained Alison Kremer, a senior engineering specialist at Aerospace.

The University of Zurich researchers have developed a flying robot to get into the depths of earthquake rubble to guide rescuers. Inspired by birds that fold their wings mid-air, this drone can change its shape mid-flight and fit into oddly shaped crevices. The technology can help with the searches for natural disaster victims.

What Is A Causal Influence Diagram?