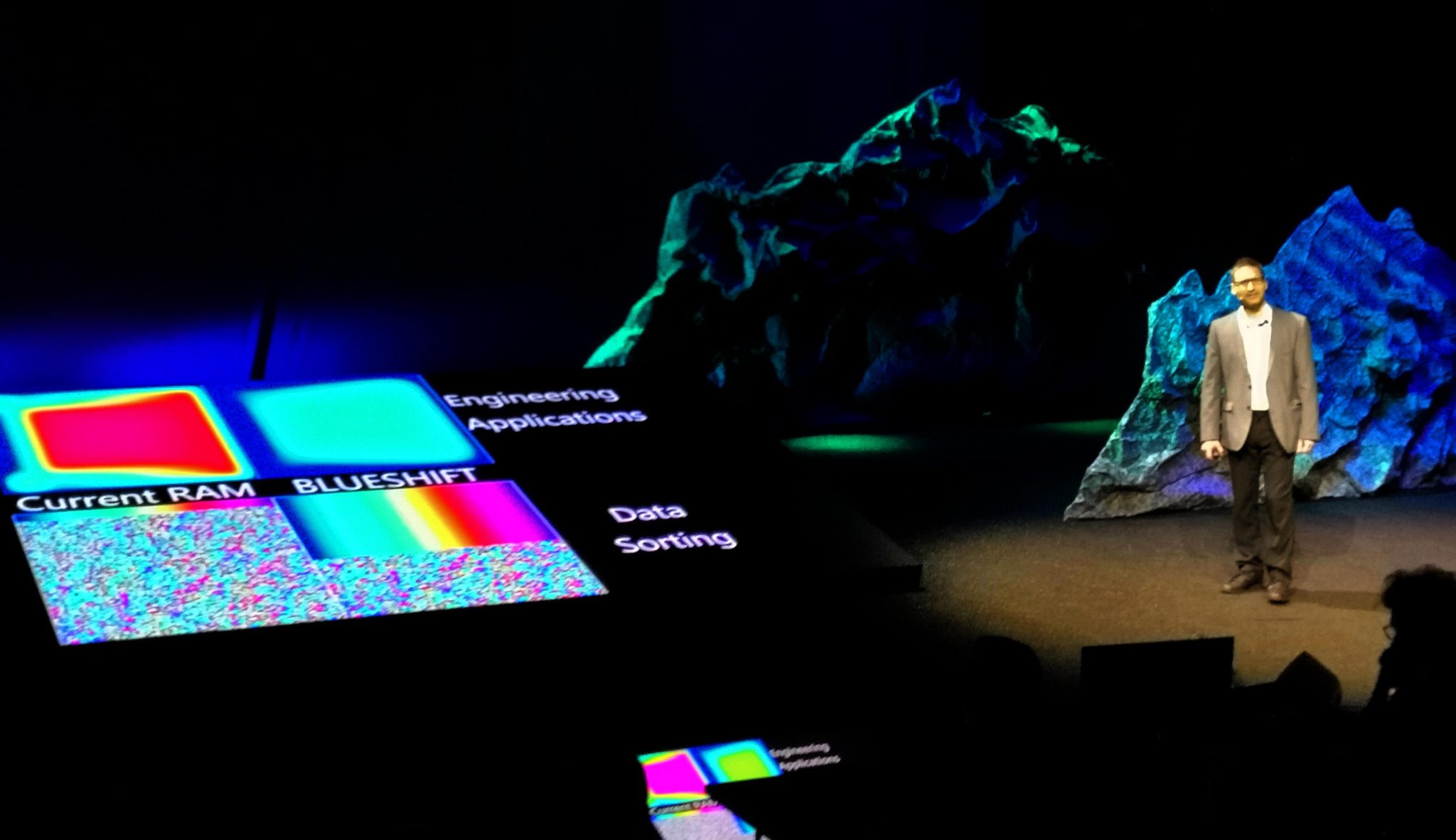 Chipmakers are pushing their limits as we are moving towards an evolving era of artificial intelligence and machine learning. Companies like Intel, NVIDIA and AMD have already set their marks by utilising AI in their chip-making process.

Recently at Hello Conference, an international software technology conference focusing on future technologies, BlueShift, made an innovative move by developing a computing chip which is not 10 or 100 but a 1,000 times faster than the standard ones. The Cambridge-based startup is working extensively in high-speed data handling which is a key requirement in the age of big data, AI, VR/AR and autonomous vehicles. It claims to have a memory module and software infrastructure that speeds up data-intensive calculations and makes design and development easier and more effective.

What Is Unique About This Chip?

This new chip could lead the researchers to gain more insights from DNA research, design artificial intelligence models and also could lead to new drug discoveries. The chip also has the potential to improve research in climate change modelling as well as weather forecasting. The researchers also showed that it can mitigate traffic-congestion and pollution in cities related issues by optimising their infrastructure and layout.

As Peter Marosan, CTO of BlueShift mentioned, the data in existing chips are organised in a disorganised manner. “Imagine if you are a taxi driver but the town where you work is always changing, people are constantly swapping houses, and the shops and services are forever disappearing and reappearing in different places. That’s similar to the way in which data is organised in existing chips,” he said.

The researchers at BlueShift analysed and categorised more than a thousand of algorithms in order to solve complex data problems and then they structured and designed the chip to store data so that it arranges data in preparation for the various tasks.

This new chip has the power to solve and analyse the large set of databases and carry out operations into computer systems in a few minutes of time which currently consumes hours and days.

The makers of this chip believe that their design is more stable and structured where a user already knows where everything is and can find operations much more quickly. “It makes everything faster, easier and more effective,” said Marosan.

Shortfalls In Current Chips That It Would Overcome

According to sources, as of now, there is a gap between the performance of rapidly developing CPUs and the slower progress of memory chips due to which the data stacks up in a slow-moving queue between the CPU and the less-efficient memory which as a result reduce the speed of delivering outcomes. This can be termed as “data tailback” problem or Neumann bottleneck problem. This performance gap is increasing by about 50% every year.

What Has BlueShift Done In The Past

Previously, the engineering team at BlueShift have built an FPGA card which emulates the same effect as this chip. This helps programmers solve some of the complex big data programming and basic data searchers. Marosan had tested this prototype on his home PC for which he claims that it gave him one of the fastest home computers in the world.

While this could not make much difference for everyday tasks, it can drastically speed up scientific tests in the coming years.

They are extensively researching on developing new memory modules to reduce the performance gap between CPUs and RAM, and to provide considerably greater memory speeds. Their technology is architectural and independent from the applied memory cell technology which speeds up SRAM, DRAM, MRAM, photonic or non-volatile data cells. They have other offerings such as VR/AR, Video Cards, network routers and more.

The chip by BlueShift Memory has the flexibility of reorganising the way existing memory chips handle the large scale operations where there is a rapid data transfer. With cutting-edge technology, this prototype will undoubtedly prove to be one of the most efficient discoveries. At present, the startup is seeking funding in order to create a full iteration of their chip.