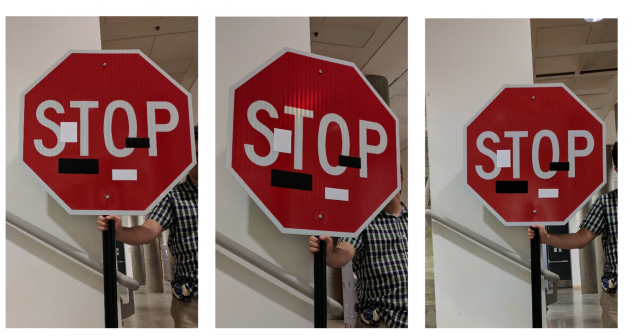 While computer vision has become one of the most used technologies across the globe, computer vision models are not immune to threats. One of the reasons for this threat is the underlying lack of robustness of the models. Indrajit Kar, who is the Principal Solution Architect at Accenture, took through a talk at CVDC 2020 on how to make AI more resilient to attack.

As Kar shared, AI has become the new target for attackers, and the instances of manipulation and adversaries have increased dramatically over the last few years. From companies such as Google and Tesla to startups are affected by adversarial attacks.

“While we celebrate advancements in AI, deep neural networks (DNNs)—the algorithms intrinsic to much of AI—have recently been proven to be at risk from attack through seemingly benign inputs. It is possible to fool DNNs by making subtle alterations to input data that often either remain undetected or are overlooked if presented to a human,” he said.

Alterations to images that are so small as to remain unnoticed by humans can cause DNNs to misinterpret the image content. As many AI systems take their input from external sources—voice recognition devices or social media upload, for example—this ability to be tricked by adversarial input opens a new, often intriguing, security threat. This has called for an increase in cybersecurity which is coming together to address the crevices in computer vision and machine learning.

One of the ways to deal with this is to not just make AI but a trustworthy AI. A lot of data and data sets available such as medical images, X-rays, pose a security threat. There are also instances of patching the images to obstruct the actual image. Therefore creating trustworthy AI will help models be more robust and less prone to attacks.

Some of the ways of adversarial attacks are:

Some of the other types of attacks are made on the auxiliary model, training data extraction model, model extraction attack, model inversion attack, strategically-timed attack, sparse-evasion attack, source-target misclassification attack and more. There may be attacks in the form of input gradient, high dimensions, boundary attacks and more.

How I Created My Own Data For Object Detection and Segmentation

How To Made Computer Vision Models More Robust Against Adversarial Inputs

Kar said that making the computer vision model robust is the best way to keep the attacks at bay. While some of the ways such as model hardening which includes steps such as dimensionality reduction, denoise images, dropout and more; image augmentation; shifting and cropping are some of the ways to make model robust these may not always be reliable.

Some of the more effective ways are:

Kar shared that apart from this, one of the most effective ways that companies are following nowadays is to have a Blue team and a Red team. While the Red team creates adversarial attacks by trying various methods to find crevices in the model, the Blue team comes up with the defence strategies on how to overcome these attacks. “It is a continuous process, and companies must adapt it to make their computer vision models more robust and safe from adversarial attacks,” he said on a concluding note.

Why Does Image Data Augmentation Work As A Regularizer in Deep Learning?

How Does PCA Dimension Reduction Work For Images?

My Fun AI Project – How To Be Invisible?