How To Do Machine Learning When Data Is Unlabelled 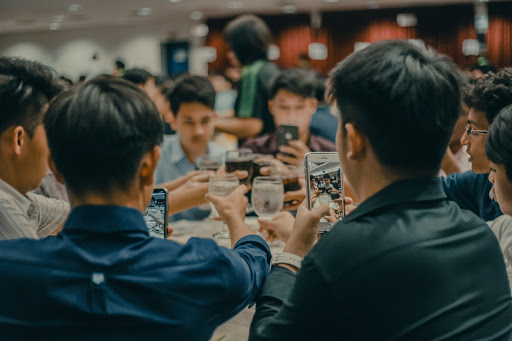 An example of a weakly supervised data set can be hashtags associated with publicly available photos. Since Instagram is rich with such data, it was chosen for performing semi-weakly supervised learning.

For the experiments, the team at Facebook AI used “Semi-weakly” supervised (SWSL) ImageNet models that are pre-trained on 940 million public images with 150,000 hashtags.

The results show that this approach has set new benchmarks for image and video classification models.

The above figure illustrates how semi-supervised training framework is used to generate lightweight image and video classification models.

The training procedure is carried out as follows:

However, using semi-supervised data alone won’t be sufficient to achieve a state-of-the-art result at billion scales. To improve on this model, researchers at Facebook introduced semi-weak supervision approach.

To create highly accurate models, the teacher model is made to predict labels for the same weakly supervised data set of 65 million publicly available Instagram videos with which it was pre-trained.

For example, consider a tail class like “African Dwarf Kingfisher” bird. One might have a hard time finding a dataset containing labelled images of this bird. There may not be a sufficient number of weakly-supervised/tagged examples. However, chances are that a lot of untagged images of this bird is likely to exist in the unlabelled dataset.

As discussed above, the teacher model trained with labels is able will identify enough images from the unlabeled data and classify the right kind of bird.

The results show that the weakly supervised teacher model, with 24x greater capacity than the student model, provided 82.8% top-1 accuracy on the validation set. 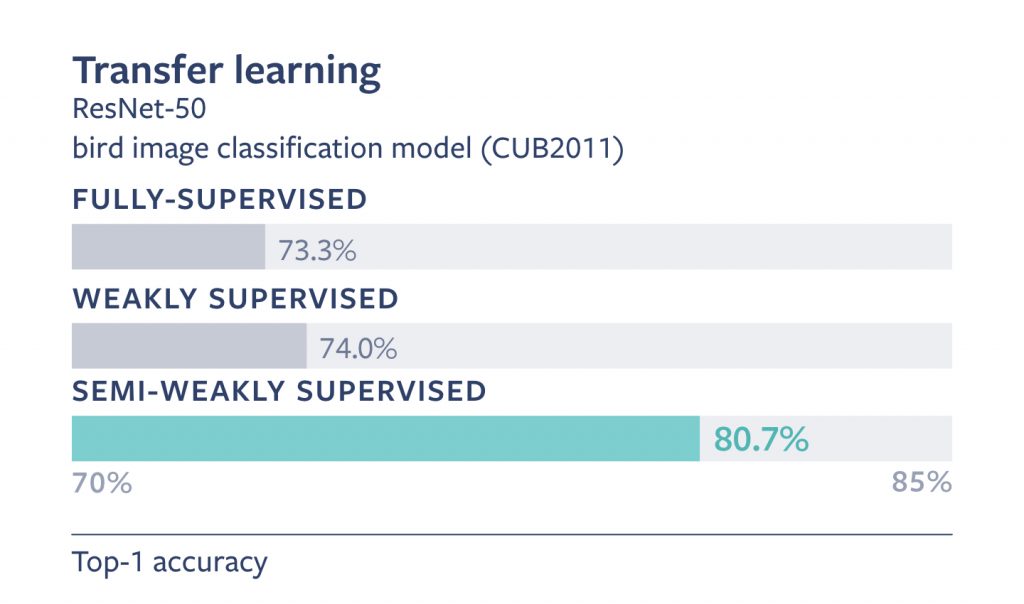 By using a very large dataset of unlabelled images via semi-supervised learning, the researchers were able to improve the quality of CNN models.