Data Scientist Rangarajan Vasudevan shares some important questions that one must ask a recruiter before accepting a data science role. 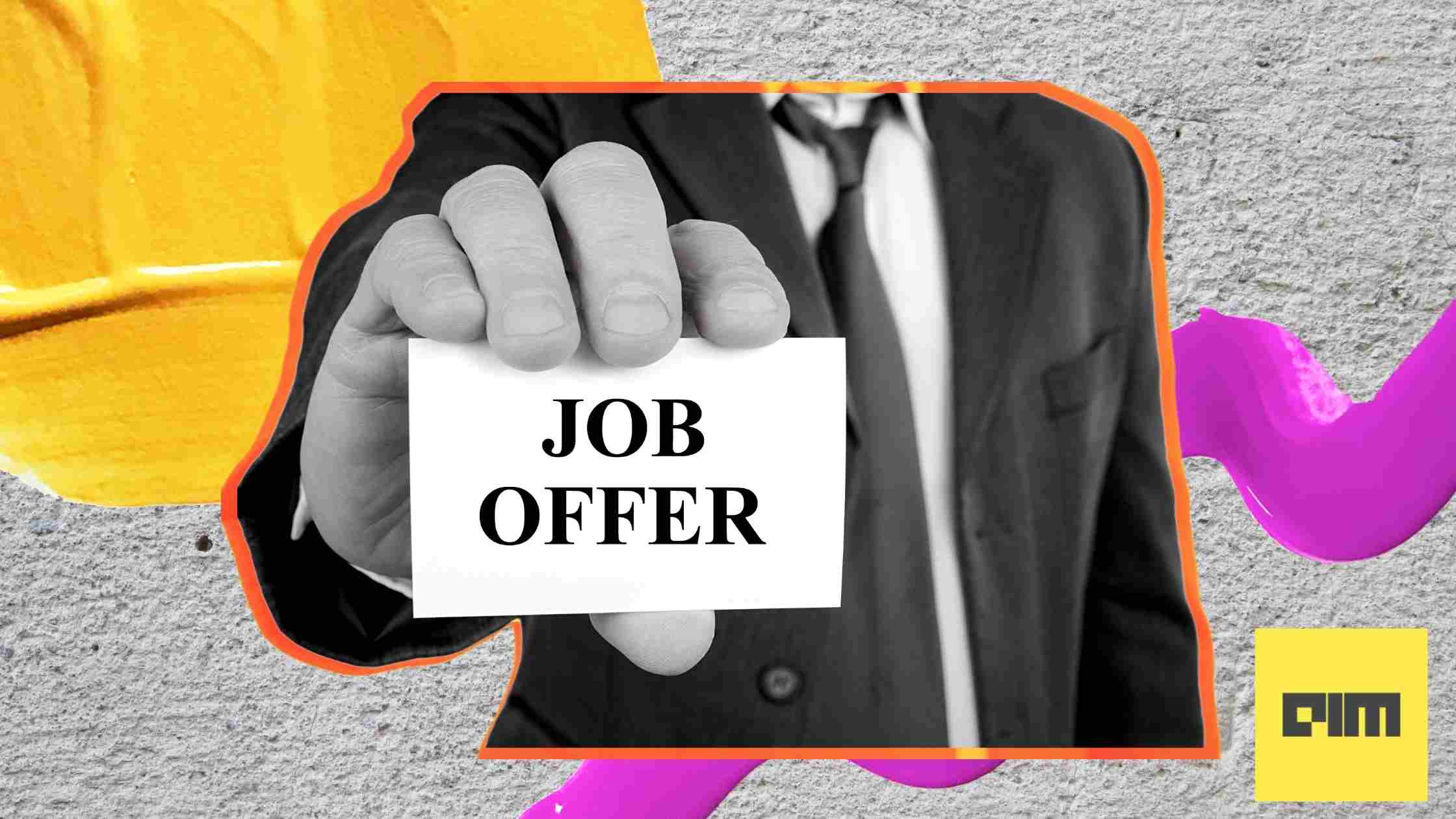 According to AIM Research, the overall adoption of Analytics and Data Science in large Indian firms is around 74.5 percent. This implies that there is a high demand for data scientists across sectors and industries.

However, data science is not for everyone. One must be sure of the kind of role that they are getting into and whether the particular job would allow them hands-on practice or just indulge in lab experiments.

As of October 2020, 93,500 analytics jobs were available in India. However, data science skills continue to be in short supply. “While there are plenty of training options available for newcomers to the field to get up to speed and capitalise on the high demand, there are a limited number of companies that can give a meaningful exposure to data science in practice,” said Rangarajan Vasudevan, Founder and CEO of enterprise AI solutions company TheDataTeam, during an interview with Analytics India Magazine.

Rangarajan comes with more than two decades of experience. He got into data science and big data before it became ‘fashionable.’ Prior to founding TheDataTeam, Rangarajan built data-native applications across industries and geographies.

A Computer Science graduate from IIT Madras and University of Michigan, Rangararajan is the recipient of Distinguished Engineer (R&D) and Consulting Excellence Awards, while he was working with Teradata Corporation as a Principal Consultant, Big Data. At present, he is a Guest Professor at IIT Madras.

As a data scientist himself, he tells us about some of the important questions that one must ask a recruiter or hiring manager before accepting a data science role in a company:

AIM: What are some of the important questions to ask a recruiter before starting a data science role in a company?

Rangarajan Vasudevan: It is very important to ask the following questions to a recruiter or hiring manager:

AIM: Why are the above mentioned questions so important?

Rangarajan Vasudevan: Hands-on practice is a must to progress in this field. The questions above could be helpful to unearth whether the company hiring for the role has a healthy habit of deriving value from data or is a potential risk.

AIM: What are the few questions, from your personal experience, you wish you had asked before taking on the role of a data scientist?

Rangarajan Vasudevan: The most important is the business context in which the data science problem is formulated. Not enough questions can be asked to truly understand this.

In my first experience as a data scientist, I was focused on the technical aspects like performance of data preparation and scaling the pipeline to operate on large data, while missing out on the nuances of why that scaling was important and what the implication of poorly performing models was on the business of that client.

The other question I missed asking early on but made it a point to ask subsequently was on whether the work I was being asked to do as a data scientist was a ‘lab experiment’ or something that was going to make its way into a live product or service.

As I realised later in my career, understanding this distinction was crucial to align work to expectations. A work place that offers lab experiments tends to provide avenues for rapid exploration. Whereas, one that has a live application of the data science solution more often than not provides concrete opportunities to put in practice what was learnt and see in reality what works and what doesn’t.

AIM: What are the few things one should be mindful of when taking the data science route?

Rangarajan Vasudevan: I would strongly encourage aspiring data scientists to choose the first item over the second in this checklist since, in the long run, the latter matters a lot lesser than new data scientists think:

AIM: Share a few tips and hacks from your own experience as a data scientist.

Rangarajan Vasudevan: Getting the data in order is the hardest part of a data-driven solution. I have seen some data scientists shy away from this work. Instead, I would recommend a data scientist to take complete ownership of the data pipeline including data collection, preparation and other engineering activities. Such an experience is a lot more valuable in practice.

Know that many facets of work are getting automated, and data science is no exception. For instance, leveraging the latest in automated machine learning (called as AutoML) is nothing to feel ashamed about, whereas in fact it can give you a strong leg up in arriving at answers much faster than anticipated. Learn to embrace such automation by focusing on how to use it to your advantage.

Finally, it is important to realise that the actual model building and model scoring steps in a typical data science-enabled solution take up the least amount of resources and effort compared to everything else that happens around it. For instance, setting up and managing the data platform, getting performance right, configuring policies to be able to coexist with other live projects, getting the data in the right place and shape (to name a few) all take up more effort and importance.

Developing an empathy at least, if not understanding as well, about these ecosystem tasks would go a long way towards making the data science career enjoyable.

Work as a Data Scientist at one of the top 50 companies in India, check the list here.