How To Learn To Program In Python By Playing Videogames 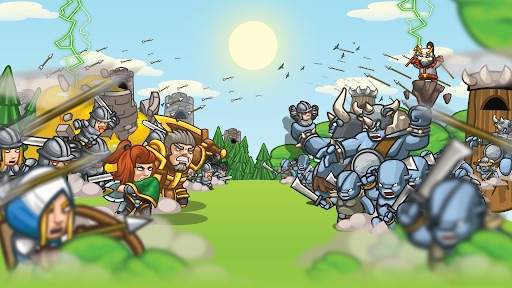 Python is one of the most robust and used programming languages in the world, but its main advantage revolves around its simple syntax that allows learning to program in python is quite simple. There is even a tool called CodeCombat that allows us to know in depth the wonders of this language while playing a rather fun adventure.

Learn to program in python

One of the programming languages that I recommend to start learning to program is Python, since it has a super simple syntax, easy to read, multiparadigm, and cross-platform that invites to program clearly and organized.

It is good when it comes to learning to program in Python that we have clear the philosophy and principles of programming in this language, its creator Tim Peters describes it quite well in what is known as The Zen of Python an interesting manifesto that we quote below:

Knowing and understanding each of these”commandments” when programming in Python it is convenient for us to get to work and begin to know the basic principles considering that the best way to study a programming language is to practice it.

In my articles, I have extensively described the Python world, multiple applications use such as Computer Vision in healthcare and NLP in HR, etc. Hence, the information provided can be easily supplemented with excellent video tutorials and complete courses published free of charge on youtube, reference books, or the same python wiki. But I feel the need to emphasize that I consider that the best way is that you start playing CodeCombat and then on the fly you complement the learning with the above.

Finally, I encourage you to give yourself the opportunity to learn how to program in Python, you probably won’t regret it.

CodeCombat is an open-source platform that allows you to learn how to program in python while playing a fun multiplayer game. The platform has a lot of characters, with which the user will have to advance through the various levels where you face difficult challenges and opponents, to meet the objectives of each level you must make uses of commands typical of the python programming language.

This great game immerses us in the world of programming from the first level, where you will have to write real code and meet objectives that will allow you to learn the basic notions of programming. As the game progresses, new statements and features will appear that will enrich your programmer skills.

CodeCombat manages to familiarize its users with the python programming language in a natural and accelerated way, as the game promotes interaction, discovery, and learning through trial-error techniques. Over time the user begins to master programming skills and also his logical thoughts develop allowing him to better analyze any problem.

It is important to note that in addition to Python with CodeCombat we will learn all the basic principles of Computer Science and other programming technologies such as JavaScript, HTML 5, CSS, jQuery, Bootstrap.

CodeCombat in the cloud or on our server?

CodeCombat is an excellent free cloud platform, which is managed by a great team, which claims that “Programming is doing magic. It’s the ability to create things from the imagination. We launch CodeCombat so that students experience the magic on their fingers when writing code.”

In its online platform, you can play at all levels of CodeCombat, in addition to that you have a lot of documentation related to python, mainly I prefer to use CodeCombat directly from the cloud platform because it has teacher roles, students and excellent user management that allow them to keep track of the progress of our students at any time, in addition, users can access the game from any browser.

Alternatively, you can also download it from Github https://github.com/codecombat/codecombat

Are you ready to play?