When a product owner or service provider wants to know the feedback of the users, sentiment analysis gives a strong indication of how the users are satisfied with the product or service. 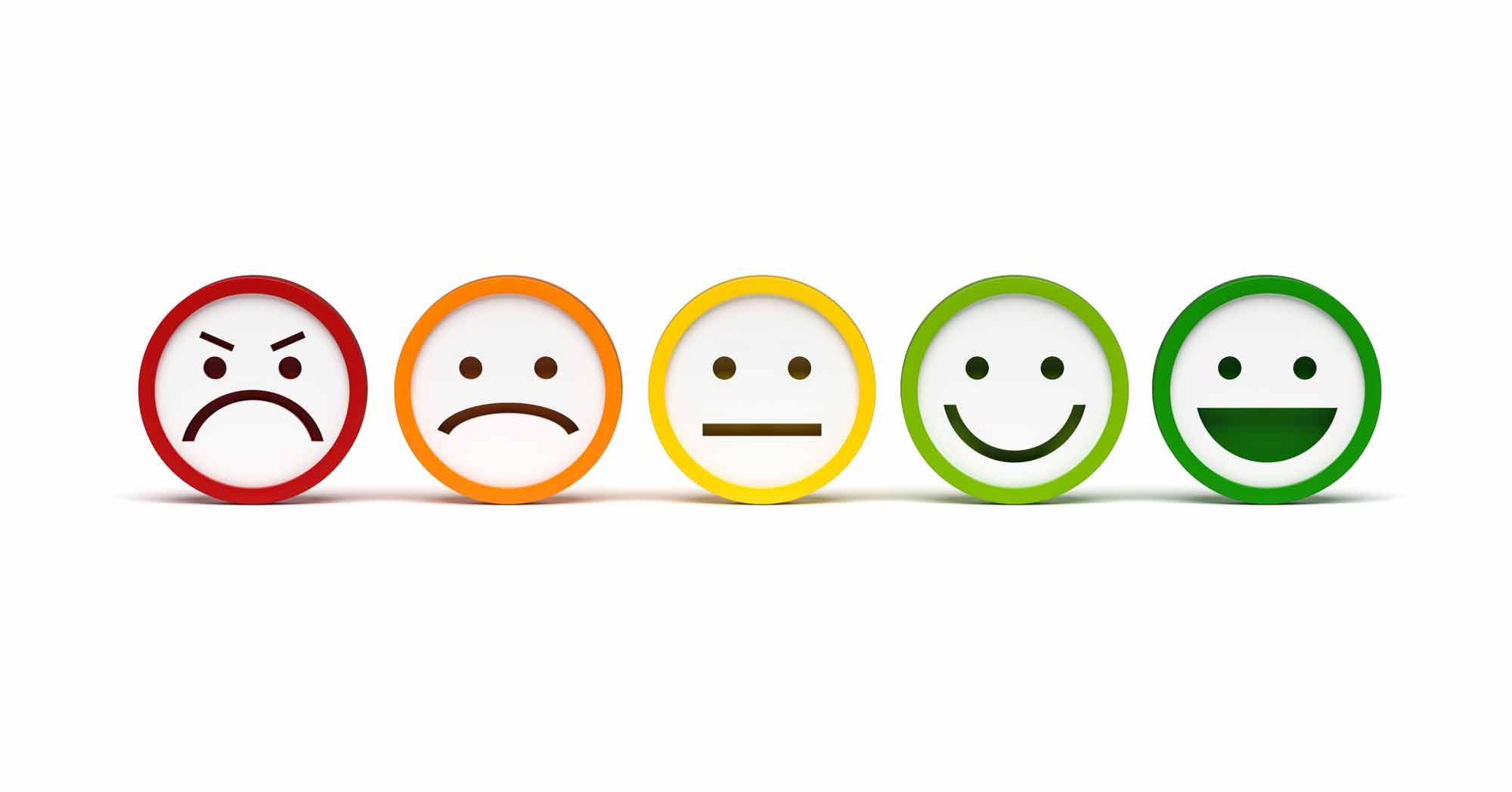 When a product owner or service provider wants to know the feedback of the users, sentiment analysis gives a strong indication of how the users are satisfied with the product or service. Most of the feedback from the customers remains available as reviewed comments so there is always a need to quickly analyze the comments or sentences and find the sentiments of the customers. For this purpose, Python offers many features to quickly analyze a comment or sentence and find the sentiment and TextBlob is one of these. In this post, we will understand how the sentiment score can be obtained for a sentence using TextBlob. Along with this, we will also discuss the significance of sentiment analysis, its applications and different python packages used for this task. The major points to be discussed in this article are listed below.

What is Sentiment Analysis?

The systematic identification, extraction, measurement, and study of affective states and subjective information utilizing natural language processing, text analysis, computational linguistics, and biometrics are known as sentiment analysis (also known as opinion mining or emotion AI). Sentiment analysis is often utilized in client-facing materials like reviews and survey responses, as well as in online and social media and healthcare papers for a variety of objectives ranging from marketing to customer service to clinical medicine.

A core problem in sentiment analysis is classifying the polarity of a given text at the document, sentence, or feature/aspect level—whether the transmitted opinion in a document, sentence or entity feature/aspect is positive, negative, or neutral. Happiness, anger, contempt, sadness, fear, and surprise are all considered in advanced sentiment categorization, sometimes known as “beyond polarity.”

It’s essentially a multiclass text classification text in which the input text is categorized as a positive, neutral, or negative emotion. Depending on the nature of the training dataset, the number of classes can vary. It’s commonly expressed as a binary classification problem, with 1 denoting positive sentiment and 0 denoting negative sentiment.

The subjectivity/objectivity activity is typically defined as categorizing a text (usually a sentence) into one of two categories: objective or subjective. This problem can be more challenging than polarity categorization in some cases. Words and phrases’ subjectivity may be affected by their context, and an objective document may contain subjective sentences (for example, a news piece quoting people’s thoughts).

Sentiment analysis has several applications, including evaluating user reviews, tweet sentiment, and so on. Let’s have a look at a few of them:

E-Commerce and Social Networking: Users can submit text reviews, comments, or feedback on things on many social networking platforms or e-commerce websites. These user-generated texts are a great source of user sentiment opinions on a wide range of products and items. For an item, such language might potentially expose both the connected aspects of the item as well as the users’ opinions on each feature.

The popular packages in python used in different tasks related to sentiment analysis are listed below.

The NLTK platform includes interfaces to over fifty corpora and lexical sources that have been mapped to machine learning techniques, as well as a powerful set of parsers and utilities.

Apart from sentiment analysis, the NLTK algorithms support named entity recognition, tokenization, part-of-speech (POS), and subject segmentation. NLTK also has the most extensive language support of any of the libraries featured here, as well as a good range of third-party extensions.

Remember that NLTK was developed by and for academic researchers. It wasn’t built to support NLP models in a real-world setting. Even the how-tos are lacking in documentation. There is also no 64-bit binary; you must install the 32-bit edition of Python in order to use it. Finally, while NLTK isn’t the fastest library, it can be made faster with parallel processing.

The SpaCy Python library, which claims to provide “industrial-strength natural language processing,” is interesting for sentiment analysis applications that need to be performant at scale or can benefit from a strongly object-oriented programming style.

SpaCy is a multi-platform environment based on Cython, a Python superset that allows the creation of fast-running C-based Python frameworks. As a result, according to academics, SpaCy is currently the fastest-running solution.

Stanford CoreNLP is a suite of highly expandable Java libraries for natural language processing that uses wrappers to access Python. It is platform-independent, feature-rich, and efficient, and it is presently in use in many production systems. Non-English languages are well supported by CoreNLP in NLP flows. Arabic, Chinese, French, German, and Spanish are some of the current language models.

The suite is updated on a regular basis and includes APIs for a range of programming languages. It has an annotator for arbitrary texts that is both efficient and stable, as well as integration with annotation pipelines. NLTK modules are supported by some CoreNLP components.

Around 2010, two students from the Czech Republic’s Natural Language Processing Laboratory built Gensim, which has since grown into one of the most scalable and sophisticated NLP solutions. Gensim, like NLTK, is comprehensive and powerful enough to be utilized as a remote resource in bigger pipelines, such as phrase modelling or in conjunction with other frameworks like SpaCy and TextaCy.

Gensim is a popular program for document similarity and topic and vector space modelling. It’s also a great tool for dimensionality reduction and multi-label classification. Gensim, on the other hand, is primarily concerned with the efficient initial distillation of data from documents and word clouds.

Gensim supports Cython implementations, with processing times comparable to SpaCy depending on the job at hand. The project published a fresh set of optimizations in March 2019 that give significant speed improvements across a variety of functions.

The further section of this article is focused on how to assess or assign a sentiment score to a given corpus or given chunk of words using a python toolkit called TextBlob.

TextBlob is an appealing and relatively lightweight Python 2/3 toolkit for NLP and sentiment analysis development that offers improved ease of use and a less harsh learning curve.

The project has a more user-friendly interface than NLTK, and it also makes use of the Pattern web mining module from the University of Antwerp. Combining these resources makes it simple to transition between the powerful Pattern library and a pre-trained NLTK model, for example.

It’s not unexpected that TextBlob has few functional qualities that set it apart from its competitors, given its design and purpose. It’s powerful and feature-rich, but in terms of speed, it’s still reliant on external resources, none of which are particularly impressive.

How is a Sentiment Score Calculated?

When we use TextBlob to calculate the sentiment of a text, we get numeric values for polarity and subjectivity. The polarity numeric number indicates how negative or positive a sentence is. Subjectivity, on the other hand, refers to how objective or subjective a text is.TextBlob employs a sentiment-calculating algorithm, with each word in the lexicon being rated as follows:

TextBlob understands negations as well, and polarity is doubled by -0.5.

TextBlob has an intriguing feature in that it handles modifiers, also known as intensifiers, which intensify the meaning of the text based on its pattern. TextBlob ignores polarity and subjectivity when a modifier word is included, instead of relying solely on intensity to compute the sentiment of the text.

In this section, we are going to score a set sentence according to their sentiments using TextBlob.

Let’s have a look at how the TextBlob library functions. The first line of code below contains the text example, while the second line prints the text. In the third line, the sentiment function is utilized, which returns two properties: polarity and subjectivity.

The polarity of the statement is 0.0 in the above report, suggesting that the sentiment is neutral. In our example, the output also includes the text’s subjectivity, which is 0.3. Subjectivity is a float with a value between 0 and 1. The closer the value is to one, the more likely the statement is to be a public opinion rather than a true piece of information, and vice versa. We now understand how the TextBlob library operates.

Now let’s try to apply this to the dataset. The dataset contains the food review of datasets. Labelled the sentiment 1 as positive and 0 as negative.

We will directly apply the TextBlob functionality by iterating the text using the lambda function as below.

Through this post, we have learnt what sentiment analysis means and what are its major applications. In the context of sentiment score or any NLP-related task, we have also seen some popular python based toolkits that are used widely among developers, researchers, and students. Lastly, we have seen how we can leverage one of such toolkits, TextBlob, to calculate the sentiment score of a sentence. This is the most important task while building a sentiment classifier.