How Tokyo Olympics Is Using Tech

Intel and Alibaba have launched 3D Athlete Tracking that utilises AI and computer vision to show real-time data during games. 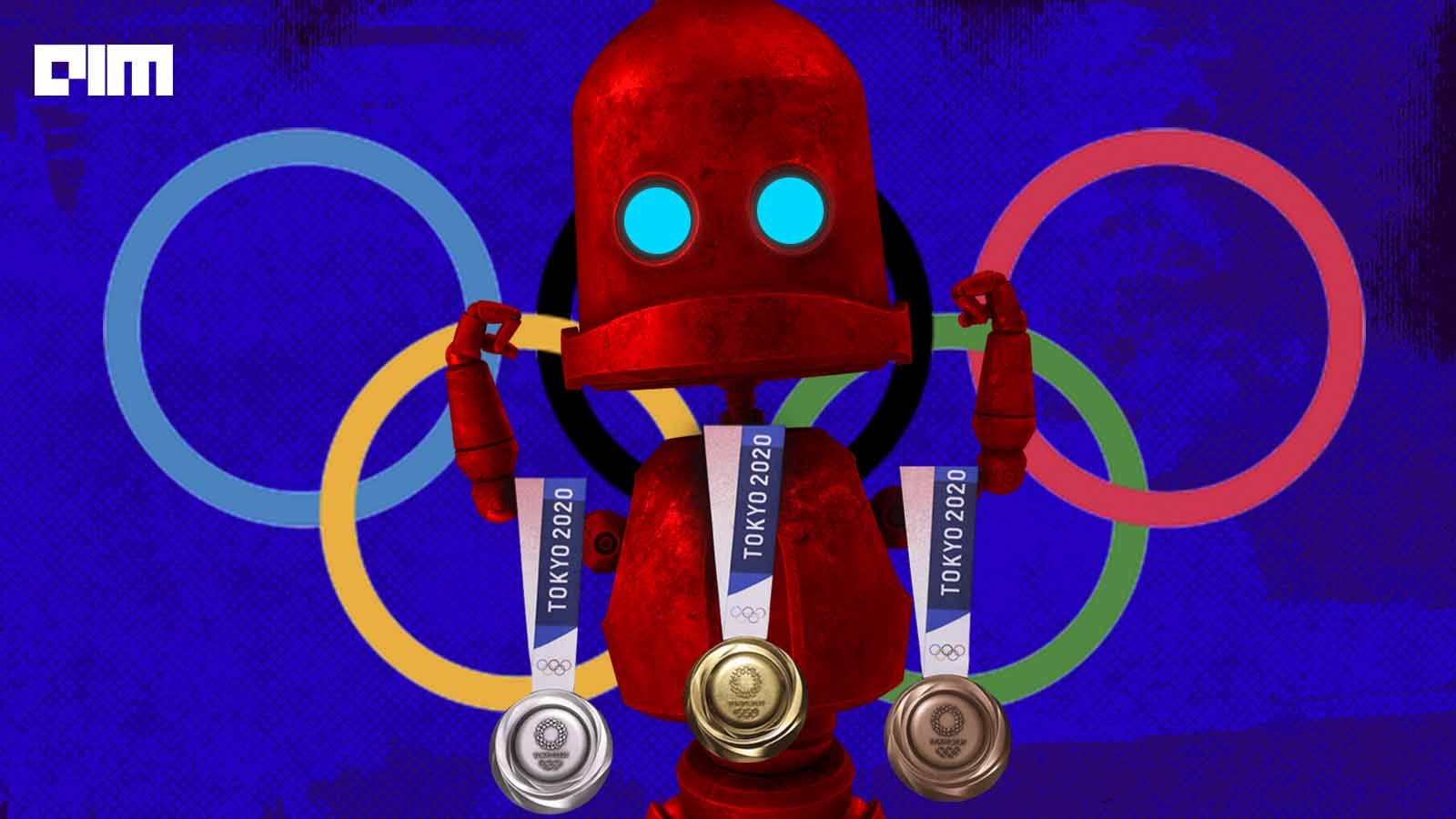 The Tokyo Olympics 2020 is making extensive use of advanced technology for effective management–from robot assistance to immersive live viewing. In addition, athletes are employing analytics and AI to train and track their performance.

Toyota Motor Corp is playing A crucial role in bringing robots to the Tokyo Olympics in a bid to reduce the number of human volunteers in the light of COVID-19 pandemic. The AI-powered self-driving Field Support Robots (FSR) equipped with cameras and sensors are used to retrieve items like javelins. A pair of Human Support Robots (HSR) and Delivery Support Robots (DSR) will be deployed to guide spectators, and bring snacks and merchandise.

Miraitowa and Someity, the two mascots, will also have their robot avatars to greet spectators and athletes at official venues. The mascots are equipped with digital eyes and cameras enabling them to respond to human interaction. In addition, they use facial recognition systems to detect visitors.

The T-HR3 humanoid robot is intended to create an enhanced remote experience of being at the games. The bot will transmit sounds and images to partner bots in remote locations, and these bots will also mirror physical movements making the remote interaction more enjoyable.  It will provide an immersive experience of the Tokyo Stadium remotely.

Intel and Alibaba have launched 3D Athlete Tracking (3DAT) that utilises AI and computer vision to show real-time data during games. The 3D athlete tracking is powered by Alibaba’s cloud computing abilities and Intel’s hardware and deep learning algorithms. The technology creates a 3D mesh that allows analysis of real-time and biomechanical data for athletes and coaches, as well as give insights to fans on how athletes perform.

Wearable tech has been widely implemented at the Tokyo Olympics this year. “Wearable tech was especially useful to keep track of athletes when training grounds were shut down because of the pandemic. For example, the English Premier League used it to keep track of their players during remote training after the country went into lockdown,” said John Barden, a biomechanics  professor.

Chinese sportswear brand Anta Sports has produced 3D printed shoes for the Chinese boxing team. The brand’s anti grab technology of fabric employed for wrestling is expected to reduce the likelihood of being grasped by the opponent. Speedo’s new tech race swimsuits draw inspiration from sharkskin in an attempt to minimise swimmers’ drag in the water. Intelligent clothing and sports gear are explicitly designed to reduce hassles and maximise performance with clothing that can regulate temperature, endurance and so on. Gear like Nike’s Vaporfly or the meditation device for the Indian Team aims at getting maximum results from the players.

Athletes from across the globe implemented cutting edge technology to maximise their chance of winning at the games. For example, Olympic cyclists made use of AR glasses that created high fidelity simulations of the actual track of the Tokyo Olympics whilst also monitoring vital rates. Similarly, swimmers trained using wearables that measured movements and biomechanical patterns. Elite athletes trained using antigravity treadmills to push themselves to save milliseconds whilst avoiding injuries at the Hong Kong Sports Institute.

The global wearable sports tech is led by companies like IBM, Cisco, Apple, Xiaomi, Oracle, Samsung, Fitbit, Huawei and others who are selling sports technology ranging from AI to drones and big data analytics customised for various sports clients. With sensors monitoring movements using micro-electromechanical systems, large amounts of data are recorded and analysed. Technologies like STATsports’ Sonra 3.0 software allows teams to view performance data instantaneously on an iPad or Apple watch. As a result, coaches and players get rapid feedback which enables tactic and strategy adjustment mid-game.

The advancement and rampant use of tech in the sporting world raises questions over how much technology should be acceptable for athlete training and to what extent can it be considered fair play. The problem arises due to inequalities in terms of revenue and technological accessibility between developing nations and well-funded countries. Performance-enhancing tech and gear have been labelled as an act of ‘technological doping’.

Last year, a prototype of Nike’s Vaporfly sports shoes was banned from use in the Tokyo Olympics by World Athletics as it contained triple carbon fibre plates embedded in the ultra compressed foam. WA President Sebastian Coe said the integrity of competition had to be preserved by ensuring that elite athletes do not make use of shoes that offer an unfair advantage. In 2008, Speedo’s LZR Racer swimsuit enabled swimmers to be more buoyant and reduced drag to the point that the swimmers using the suit set 23 out of 25 records at the Beijing Olympics. This was later banned by FINA, the regulatory body administering water sports. Technological inequality undercuts underprivileged athletes in the long term, with costly equipment automatically placing them at a disadvantage.