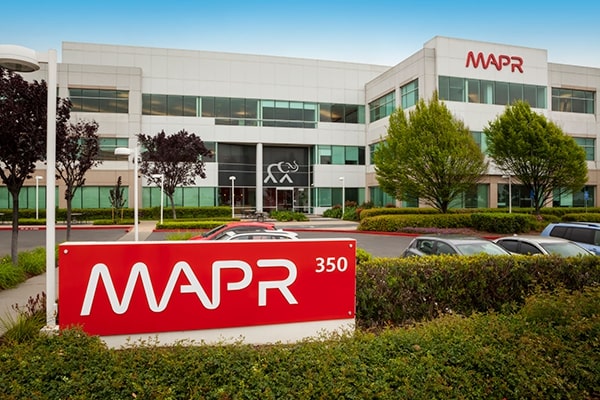 This was one acquisition that we could all see coming. MapR’s fate was sealed right after the Cloudera and Hortonworks merger. Earlier in the year, the two big banner acquisitions of BI heavyweights Tableau and Looker made the writing on the wall clear — there’s a new wave of consolidation in the market with big tech firms expanding their portfolio with strategic acquisitions.

Interestingly, MapR the distributor of Apache Hadoop had been on the block for quite some time looking for buyers. To pare losses, the struggling company cut down 122 jobs due to lack of funding. In a May 13 letter to employees, Chief Executive John Schroeder said, “While the reasons for the results are not entirely understood, they were at least in part to the sudden, last-minute and unexpected postponement of several customers’ timelines to make a purchasing decision”.

Hewlett-Packard Enterprise announced Monday it will acquire the assets of MapR Technologies for an undisclosed price. According to the buzz, the acquisition is rumoured to be less than $50 million, lower than MapR’s annual revenue. The deal came after a two-month show that showcased the ongoing quests aiming of large technology companies to expand their portfolio by capture newer innovations. The arrangement incorporates MapR’s intellectual property and expertise in artificial intelligence, machine learning (AI/ML) and data management. MapR owns a diverse set of analytics applications on multi-cloud and multi-protocol file system technology.

What does HPE stand to gain? The acquisition will help HPE’s clients to create data pipelines across on-premises and cloud platforms, and run all of those workloads in the same HPE-owned environment. MapR has found itself a long list of big clients, even including US and Indian governments, which used the company for their Hadoop big data distributions. This is another reason why HPE was so interested in acquiring the company.

“We want to maximize customer retention. Some of those customers started with and have moved into streaming and are now extending to AI and machine learning. From our perspective the market is expanding,” said Patrick Osborne, vice president of big data and secondary storage at HPE in a statement.

Combining the capabilities of MapR with HPE’s BlueData

The MapR innovation will be connected into HPE’s Intelligent Data Platform, its core platform for data lifecycle management. MapR’s file system technology will power HPE to offer its clientele a complete portfolio of products related to AI and analytics, helping them to efficiently manage their data assets end-to-end, which is from the edge to the cloud.

The blend of HPE’s BlueData (Elastic Private Instant Clusters) and MapR innovations will enable data scientists and AI experts to create data pipelines in a very short span across on-premise, hybrid and multi-cloud conditions. It will also empower storage and utilisation of data by a more extensive arrangement of AI/ML and analytics tools from MapR’s ISV partners, according to HPE management.

For MapR, Hadoop served as a great tool, helping businesses store and analyze enormous amounts of unstructured data from numerous sources. Although Hadoop became even more sophisticated with time to include capabilities like machine learning and Spark in-memory processing, it received tremendous competition from Amazon Web Services, Microsoft Azure and Google Cloud, all of which served users’ big data analytics needs without users having to worry about managing on-premise infrastructure and software.

The rise of hybrid and multi cloud has undermined the value of enterprise use of Hadoop so much that Hadoop vendors like MapR, Cloudera and Hortonworks got adversely impacted. It is to be noted that these three companies together secured funding of more than $1.5 billion during the big data movement.

Despite having gone already public, Cloudera and Hortonworks decided to merge at the end of 2018 at an amalgamated value of $ 5.2 billion. MapR chose to stay private and while it was valued more than a billion dollar at a point of time, it stated in a WARN notice in May 2019 that it was merely two weeks away from shutting down.

While the company has now decided to sell off its assets to HPE, it has prevented itself from closure. HPE, which has usually resisted from providing advanced database software, can now leverage MapR’s data expertise and combine it with their infrastructure to serve the clients that both companies possess.

The market has responded well to the latest big data acquisition and HPE will find substantial value in acquiring MapR’s Hadoop business. The reason is that enterprises still have huge quantities of legacy applications that are slowly being rebuilt to make them run on cloud, or to leverage microservices and containerization, all of which can take a long while to come into force.

Meanwhile, on-premise infrastructure will keep playing an important role in multi cloud and hybrid cloud activities. Also, as businesses create more in-house data management and analytics, they would hire more data scientists, requiring at least some data to stay on premise, which in turn would save value for Hadoop and for companies like MapR.