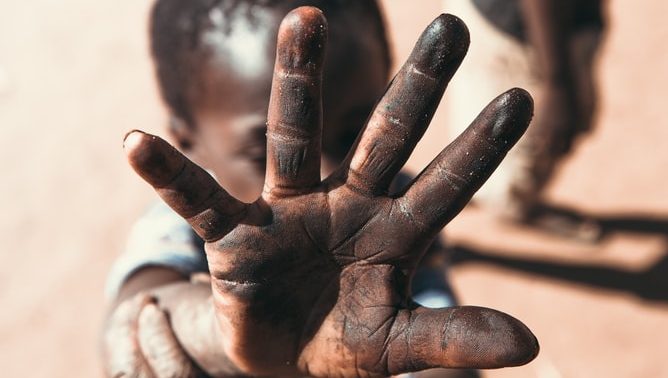 International Rights Advocates (IRA) on 15th of Dec 2019, filed a lawsuit against companies following the death of children in cobalt mines in the Democratic Republic of Congo. The IRA interviewed close to 90 people while compiling their report and on behalf of 14 people (children and adults) sued tech giants like Alphabet, Apple, Dell, Microsoft and Tesla. In their report, the IRA accused these tech companies of ‘‘knowingly benefiting from and aiding and abetting the cruel and brutal use of young children’’.

Cobalt is an important component necessary in the production of lithium-ion batteries used in mobile phones and computers. The DRC contributes 60% of all the Cobalt produced in the world. Between 2014 and 2015, 80 people were reported dead in mining-related accidents.  Long-term exposure to it is known to have adverse effects on health. The recent sales growth of these companies fuelled the demand for cobalt which tripled in the last 5 years and is expected to double by the end of 2020.

As the case drags on, newer names in Samsung, Sony, Daimler and Volkswagen have also been linked to the case. The new generation of electric cars is also generating demand for this resource.

The miners consist of children and elders who are forced to work in the Cobalt mines for minimal wages, owned by UK based mining company Glencore. The working hours are excruciatingly long; one child miner comments, “I arrived in the morning and would leave the following morning”. The miners are forced to work 24-hour shifts at a time.

The working conditions are horrendous at best. The labourers are called ‘artisanal’ miners to conceal the fact that they still use primitive equipment and strategies in their operations. Labour casualties in mining accidents like tunnels collapsing are common, the miners do not have proper digging implements and use their hands or other naturally occurring apparatus to furrow the Earth.

Children are forced into labour at an early age (as early as 6 years old) due to their families not being able to afford basic amenities or pay for school. For a day’s worth of intense hard work, the miners are only entitled to $2. Couple that with the economic penury of Congo, the people have no other choice than to seek illegal employment with the mining companies.

Though this lawsuit is the first of its kind, similar lawsuits have been filed before too. In 2016, Amnesty Internationals indicted, the same perpetrators, Apple, Samsung, Sony and Microsoft for employing, and in a way emboldening, child labour practices in processes relating to resource acquisition and logistics.

Companies like Tesla, Google, Microsoft, Apple and Dell claim to have ‘specific knowledge’ but where not fully aware or thoroughly informed on the matter. The victims, other miners and their families and relatives cite that the tech companies were fully aware of the happening and were swayed by the promised substantial financial gains brought in by the illegal mining activity.

When accused of similar charges previously, tech companies came out to defend themselves. Apple claims to be a pioneer in introducing safeguards and admonishes child labour practices, it regularly ‘audits itself’ and finds no flaws in its functioning. Samsung claims to have a ‘zero-tolerance policy’ and Sony had said that it will work closely with its suppliers to ensure ethical upkeeping.

Glencore released a statement saying – “Glencore does not tolerate any form of child, forced, or compulsory labour.” Glencore asserts that they are not and will not be a medium for selling illegally mined Cobalt.