Why Hybrid Cloud And Multi-Cloud Management Is No Longer Challenging 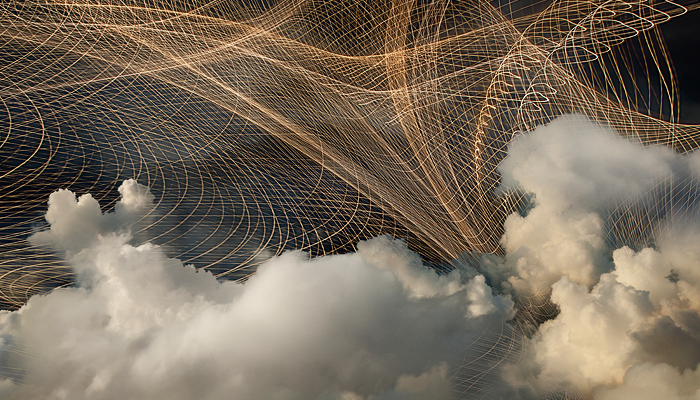 As the name suggests, a hybrid cloud is a combination of public cloud, private cloud and public cloud in the target architecture. Due to security and control reasons, not all enterprise information can be placed on the public cloud, so most enterprises that have already embraced cloud computing will use the hybrid cloud model.

Today, IT T teams are facing increasingly facing complexity. Multi-cloud and hybrid clouds are part of this new and dynamic IT landscape-and bring new risks. To solve the problem here, some enterprises use infrastructure as a code solution. At present, many enterprises have moved toward this cloud architecture, and this is also the key to maximizing profits. Of course, there are many configuration methods and the purpose behind these methods. The data shows that most enterprises that use cloud computing will apply several types of hybrid clouds, many of which are simply too complicated.

Configuration management (CM) has always been a necessity in large-scale IT infrastructure. There are some CM tools from cloud vendors, such as Amazon Web Services or Microsoft Azure, or from virtualisation or private cloud software vendors like VMware. Infrastructure as code extends CM by creating virtual hosting models for applications. This virtual hosting model is spread across multiple cloud environments and data centre platforms.

Although the infrastructure as code is an extension of CM, it actually became popular as an extension of DevOps. Users cannot deploy applications on servers or cloud services that have not yet been set up. Therefore, DevOps tools and scripts must include these configuration tasks. This makes DevOps scripts and tools tied to the configuration, and if a company changes from one cloud platform to another, users must change the script. Infrastructure-as-a-service provides a way to isolate the virtual world of applications from the underlying resources, including the cloud. As more hosting solutions exist, the infrastructure as code becomes more valuable.

The IT team needs to define an abstract model of IT resources based on which infrastructure as code will be deployed and configured. The infrastructure as code model creates an intermediate layer for the deployment description. A user deploys an application to the abstract managed model created by the code, and the infrastructure then adapts it to any cloud currently in use, multi-cloud or in a mixed configuration environment. However, users of this kind of arrangement need to pay attention to various steps, as discussed below.

IT teams can deploy infrastructure as code to any environment where configuration scripts are defined, and enable applications to adapt to almost any public cloud service or data centre platform. Some users build software for each application, while others build standard models for each type of cloud hosting environment, such as infrastructure as a service, platform as a service, or a container platform. In general, it is best to reduce the number of abstract hosting models created, because when adding new hosting options, teams must debug each model. When tools allow, consider building models hierarchically, so that the infrastructure for deploying application components — or parts of an application — that is, the code model can be directly referenced in the model where the entire application is deployed.

Support Infrastructure As Code For All Cloud Or Data Centre Platforms

Once teams understand the required models, they can then support the specific cloud vendor and data centre configurations they plan to use. Almost all DevOps automation tools let users define their own configuration rules for any environment. Still, all popular public cloud, private cloud and platform solutions such as a hypervisor, container system and server operating system are provided as part of the infrastructure as a code toolset. There may also be community support, and other users contribute their configuration rules. This is important as it is easier to start development from a configuration that is already working than to build their own from scratch.

Integrating Infrastructure Or Code Into DevOps

The most subtle and challenging thing to accomplish in infrastructure as code solution is to handle the event flow such that software effectively integrate with other tools. In most cases, this means using DevOps tools. Application lifecycle operations management needs to select the appropriate software according to the conditions or specific events in the infrastructure. These events, generated through managed resources, serve as a signal of what to do. They usually activate an automated process, such as replacing the failed application component by hosting it elsewhere.

To be more efficient, infrastructure as code must work closely with DevOps, but at the same time maintain its characteristics. If teams are not careful, they can develop ambiguous configuration and deployment practices, and gradually erode the independence of resources. In multi-cloud and hybrid cloud deployments, maintaining an agile infrastructure is critical, so this should be a specific goal.

The infrastructure, the integration of code, and DevOps ensure the correct design and implementation of event-triggered processes. Integrating infrastructure as code into DevOps can also help users avoid common sense errors if they already have specific tools. If the cloud system is integrated into DevOps, it will be easier to host resources. This is because it is easier to virtualise the entire deployment process and the resource role of the infrastructure as code.