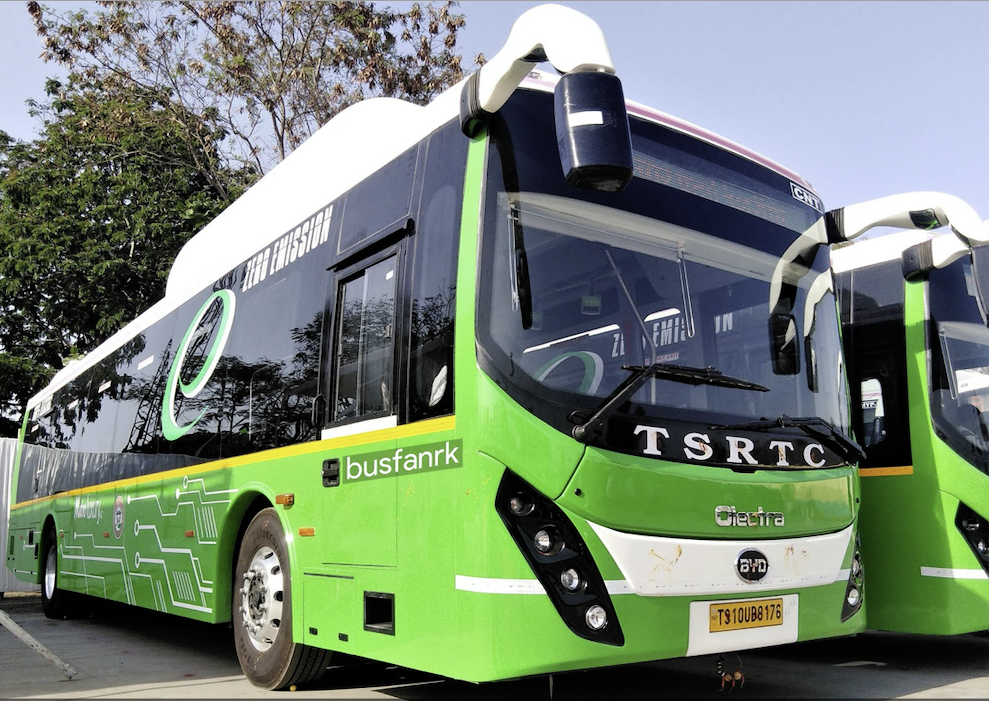 Hyderabad has become the first city in the country to make available its transport data for public use.

Open Datasets are important for technologists and researchers to create applications that are needed for social good. In the age of analytics, machine learning and artificial intelligence, such open data sets can help create all kinds of applications that make the most optimum use of public resources.

Millions of commuters in a big city like Hyderabad face excessive inconvenience while using public transport if accurate information is not provided about the schedule, route and timing of the services. In this regard, Hyderabad has become the first city in the country to make available its transit data for public use. The three public transit bodies in the city of pearls – Telangana State Road Transport Corporation (TSRTC), Hyderabad Metro Rail Limited (HMRL) and Multi-Modal Transport System (MMTS) have opened up their datasets in Global Transit Feed Specification (GTFS) file formats to help optimise traffic around the city and promote public transport.

What Does This Entail?

The data sets of Hyderabad Metro Rail Limited and Multi-Modal Transport System in Hyderabad are already made public while data sets for Telangana State Road Transport Corporation are still being worked upon for the release this year. Using the datasets made available in the GTFS standardised format, app developers could integrate the transit data with Google’s own transit feed specification, thus giving a further boost to the public transport services. GTFS is an open-source format started by Google in 2007 that helps public transit companies to give transport schedules and location data to developers so they can use it for applications. It is the particular data format which is needed from any solution provider who is working to make their data available on Google Transit. GTFS with both static and real-time formats let developers write programs consuming the data in an interoperable manner. According to the state government, GTFS static dataset is to be updated every quarter to maintain its accuracy.

Prior to Telangana, Kochi Metro Rail Limited (KMRL) became the first metro operator which made available its GTFS data set on its website working with World Resources Institute (WRI)- the same organisation Telangana government has collaborated with for its own efforts. The system is used for train schedules with its real-time data feed. Also a little while ago, Delhi’s government initiated its own open transit data project using both static and real-time GTFS feeds for its 1,700-bus network which is part of Delhi Integrated Multi-Modal System (DIMTS).

Given there are so many startups and technology organisations in the city, it is expected the open transit datasets will come in handy for creating innovative tools for the public. Such applications can help save time for drivers and passengers every day using real-time intelligent monitoring of the vehicles, thereby improving customer experience. In a time when ride-sharing mobile services like Uber, Ola and others are fast-growing, the move from the Telangana government will help improve the customer experience for public transport.

The data holds great potential for Hyderabad as a source for transport system analysis using scripts and database queries, particularly for research on a nationwide scale and optimising transport management. Through data analytics on different travel metrics using GTFS data files, one can determine the shortest routes in the transport network in a given geography. There are already multiple open-source analysis packages that use GTFS as the base across different metropolitan cities in the world. London, for example, released its transport data about 10 years ago which led to hundreds of applications built by developers for the traveller in the city and saving the city billions of dollars.

Why Open Datasets Will Be Critical For India’s Transport Infrastructure

In the next decade, multiple innovations in transportation will be visible in three domains: transport infrastructure, vehicles and shared commute. Here, data analytics along with AI will be one of the core technologies to help drive innovation. India has already been behind the race in creating an open data innovation in terms of city travel, with merely relying on tech companies like Google for their data. The city governments can add much more value by collecting and opening transit datasets similar to what Hyderabad is planning. This way, urban traffic will provide better customer experience, along with a reduction in accidents and time taken for transit. With the right information made available to the traveller, it can be great for their experience and promote using public transport systems.

It is not just the commuters who will benefit but also business owners who can use the data to optimise their transport routes. Using data sets, public transport can get a boost and that can also lead to a reduction in pollution levels. Hyderabad’s case study is applicable across all of India. Unfortunately, the majority of the public transport agencies across different states do not collect and store such data which can help optimise transport networks.