I don’t think no code is that friendly yet: Acies Techworks’ Muzammil Patel

Our models allow the insurer to go through roughly 7 billion worth of trades processed on our platform. 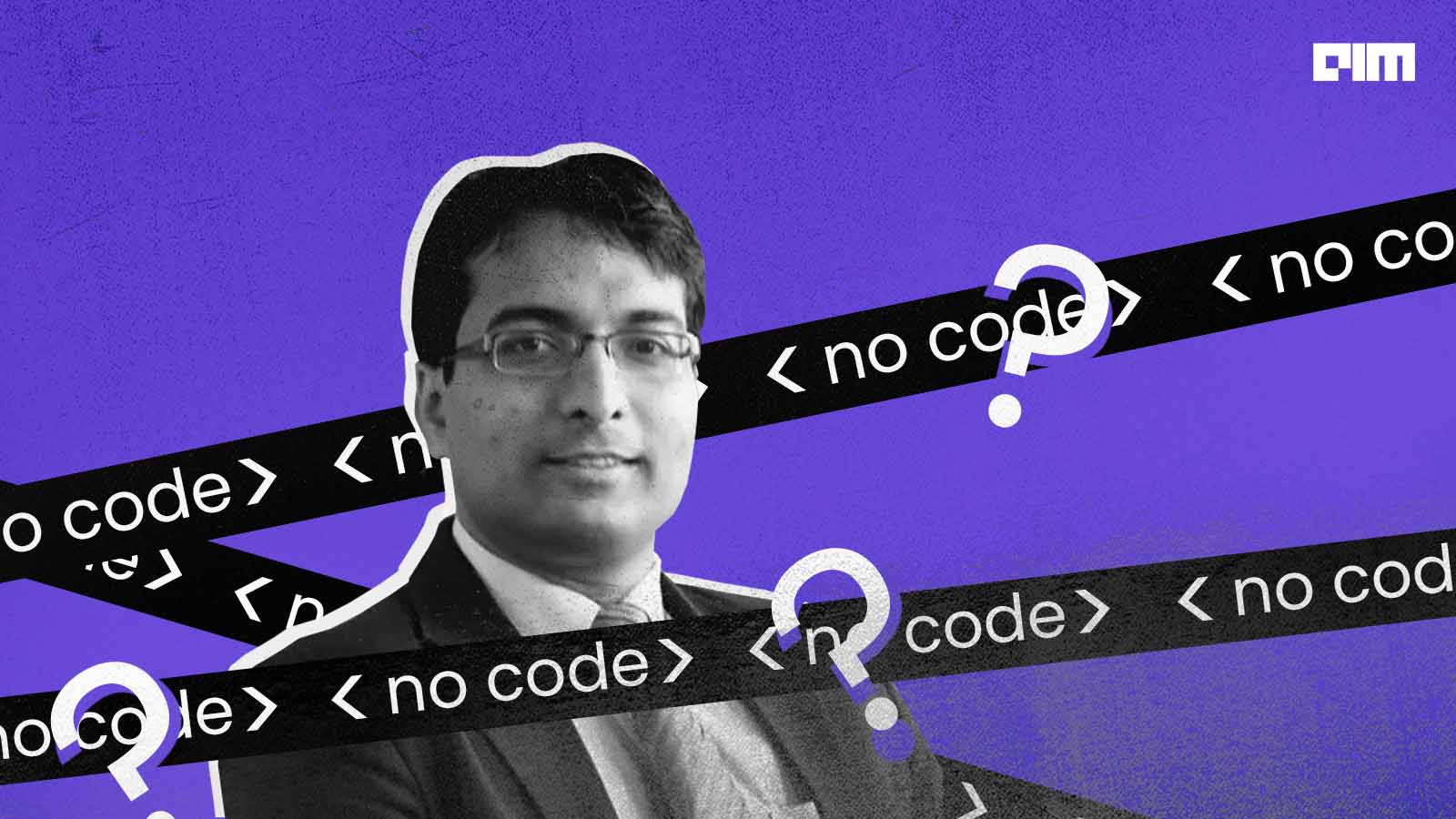 Founded in 2017, Acies TechWorks’ next-generation no-code platform powers enterprise-grade applications. Acies won an Outstanding Project award for its work on a bank’s Data Management Framework in the second Regulation Asia Awards for Excellence 2019. “This was in our early years when the RBI had a bunch of regulatory requirements. Our work was around making sure that data flows are managed better, data dictionaries are built correctly, and data is recorded accurately,” said Muzammil Patel, Global Head Strategy and Corporate Finance at Acies.

Muzammil Patel: We wanted to be tech-focused when we started. We learned that knowing coding is one thing, and building technology and maintaining it is another. After a few years, we started making a concerted effort to unify backend coding to create more maintainable systems internally. Our traditional focus is in the financial services space, and our clients demand security and privacy features. (After a few coding and hiring-related concerns, the founders thought), how do we remove that coding entirely and get domain experts to start building applications straight off? Over a few years, we were able to unify the backend and substantially remove the coding element entirely. Today, our applications are built on our local platform and used by several banks, finance companies, etc. A large part of our no-code use case came through our systems about a year ago when a client asked why we couldn’t have the platform itself? We quickly realised we couldn’t have all the domain to ourselves, and we couldn’t build every application that was out there. The only way to scale was to open the platform more broadly. We first opened it to the B2B enterprise market, then to industry experts, and this year, our goal is to truly democratise it and open it up in a manner where you could log into a portal and start building your app at an enterprise scale.

Techworks is our technology business, and its backbone is the no-code platform. We have other applications built on this platform. Our consulting business keeps the cash flows going for the investments into the tech business. We are now focused on supporting the implementation of our technology and helping clients rethink how to operate in this new low code world. It is not an easy process on the organisational structure or culture. LightHouse is our learning management platform where we take content from the tech side and make it available more broadly. Our fourth vertical is ventures.

AIM: Tell us about your tech stack.

Muzammil Patel: We started by anchoring stuff on Python frameworks because Python is initially the easiest syntax to work with, and it is not difficult to find people with Python expertise. Going deeper, we realised it’s not the most optimal framework for high speed or better UI. Portions of our compute happen in C for the speed. So at a very superficial level, it’s built on a Python framework. But very fundamentally, there is HTML, CSS, React and more. We use many technologies from the Apache foundation for data streaming units, higher speed analytics, and handling big data pieces. Traditionally, low code has focused on process flow, but we are spending our energy on data management and computing. But none of those tech components from the Apache foundation help with that, so we have built several pieces around it.

AIM: How can companies transition to no-code?

Muzammil Patel: Initially, it’s hard to make people believe in no-code. Many people have transitioned from being career domain experts to just learning how to code and build applications. Then making a whole cultural transition that code is going to get replaced by no code is hard. It took us about a year to make that cultural transition. However, people started realising that they could build very rapidly. Transitioning clients was also difficult. We’ve been working with clients who initially had a reaction saying no, that’s not possible. There’s still some way to go, and I don’t think we are there yet. But it’s going to happen inevitably; I think the problem with no code even today is that what you’ve eliminated is the coding and to some extent, the architecting, but not the business analyst layer. I don’t think no code is that friendly yet, where you can give it to a business user as a self-service business application. We are working on making that last layer happen through UI simplicity and natural language engagement. These two things are critical for no code to become virtually self-service to a business user. I think it’s a transitory phase.

Muzammil Patel: We are working with a large private sector bank in India on their wealth management side. Their biggest challenge is collecting data from various sources, analysing it and powering the sales teams to know which customer gives what return and what products they should sell. Challenges also include more simple things like customer onboarding, KYC and more. We have done projects with no code, including the compute and analytical part, but the computer entry part is hard here. They wanted to double their automation. The other thing they set out as an objective was the amount of time RMs spend on actually engaging with the customer versus moving customer documents from point A to point B. The idea was to bring their time down from 50% of the day to less than two hours. We’ve been largely successful in building solutions for these.

We have also been working with a couple of banks on their traditional asset-liability management. Traditionally, the problem with almost every ALM implementation has been that for every system, ten people are working on it. Banks need to generate and collect data daily, but they wanted to bring their head count down to one or two, or even lesser. Our models allow the insurer to go through roughly 7 billion worth of trades processed on our platform.

AIM: What are the lessons you have learned over the years?

Muzammil Patel: We operate in countries apart from India, primarily in the ASEAN region; Singapore, Malaysia, Vietnam, Indonesia, and the Middle East, and we have an interspersed presence in Europe and the US. From a global trend perspective, we are seeing two-three things happening. First, we’re seeing a lot more mutualisation. When it comes to everything from central KYC, why should it be repeated in different places? Why shouldn’t people have a unified utility? So when it comes to the whole mutualisation in the financial service or infrastructure space, we see this picking up dramatically. It’s a straight slashing of costs across the board. On the analytic side, we’re seeing people have made a lot of investments in BI tools. We’re starting to see many people asking how the tech would be architected to give a unified data, compute and BI together and asking for such a unified model. People want to move to self-service analytics. AI and ML still need a lot more compute power and hyper parameterisation; these are happening. But with ML, basic predictive models need to become part of the ecosystem.