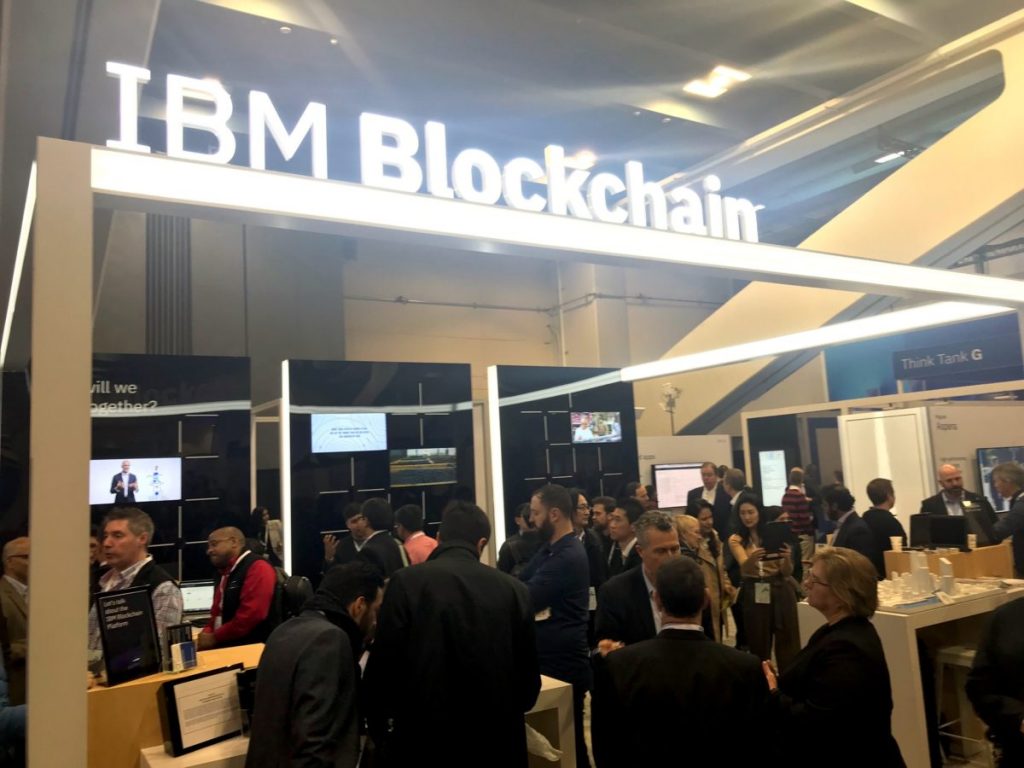 IBM has been at the forefront of blockchain adoption for quite some time now. It seems the Big Blue has set its eyes on dominating the world of blockchain for years to come. While other tech giants like Google, Amazon and Facebook have shown little interest in distributed ledgers or blockchain technology, IBM has been extremely active in capturing the nascent technology market, as evident from its continuous rollouts and blockchain-based solutions.

Google and Amazon have limited themselves to Blockchain-as-a-service (BaaS), under which there is little initiative on their part to help organisations carry out PoCs and understand the technology. Facebook’s blockchain exposure is limited to finance where it wants to launch its own cryptocurrency Libra. In comparison, IBM is the only tech giant with applications that have already been deployed to create real-world utility. The solutions which are part of IBM Blockchain Platform are created to leverage the technology across various industries including banking, insurance, logistics, shipping, etc., and bring in efficiency in data transparency, provenance and governance.

Supply Chain Management: The Ultimate Use Case for Blockchain

The selling point which has pushed organisations to carry out blockchain projects using IBM Blockchain is primarily to do with data transparency, which is critical for industries that manage supply chains. Supply chains involve multiple parties interacting with one another, exchanging data related to goods and services in a perpetual manner, and this can be difficult to manage. Total trade constitutes 60% of the global GDP, and yet global supply chains are rendered with inefficiencies and reliant on cumbersome paper-based systems.

The core technology enabling IBM to automate the management of supply chains is something known as smart contracts, which comprise the application logic of the system, and are executed automatically to digitally enable, validate or enforce the negotiation or performance of a specified contract. Using blockchain as the underlying infrastructure, smart contracts enable trustworthy transactions without the involvement of any third party needed for verification.

The IBM Blockchain Platform is built to run on-premises and in multi-cloud environments. With the platform, organisations can create, test and debug smart contracts, connect to Hyperledger Fabric, which is an open-source blockchain environment to quickly build their separate blockchain instance on top of IBM blockchain.

To illustrate IBM blockchain initiatives, we can look at multiple projects it has been working on in this direction, along with collaborators, primarily in simplifying global supply chains. TradeLens, IBM’s collaborative project with logistics giant Maersk, is a platform under development since 2017. TradeLens works to support trade across the globe, under which shipping and logistics players are utilising a distributed ledger network that is updated and validated instantaneously as soon as a single transaction is concluded between any given parties. In a trial conducted last year, TradeLens was successfully able to reduce shipping times by unto 40%, which shows its effectiveness. IBM is also reportedly creating an applications marketplace so organisations sectors such as logistics, finance, insurance can leverage the platform.

IBM Food Trust is another of IBM’s software-as-a-service which utilises Blockchain to track food’s journey, involving numerous transactions between different people and companies. Aiming to reduce fraud and reduce friction in the food industry, the platform leverages blockchain technology to create high levels of visibility and accountability in the food supply chain. The network connects farmers, processors, distributors, and retailers through a permission-based, immutable and shared record of food system data.

IBM Food Trust gives users quick and easy access to actionable, insightful data in the food supply chain journey, right from the farms to the kitchen. Using sensors and agents, the system measures and informs members how the food was handled at each stage, containing all of its current and past historic data. Data points include certifications, test data, temperature, pricing, names of the vendors and so on, which are fed into the system and verified by the immutable ledger. IBM’s Food Trust has added big players in the food sector including Nestle, Tyson Foods, French supermarket chain Carrefour, Dole Foods, Unilever, and US grocery giants Kroger and Albertsons.

In India, IBM is reportedly planning to use Food Trust to optimise supply chains in the country’s vast agriculture sector. As part of the Food Trust network, it wants to track food supply, reduce contaminants, infections and other anomalies which may plague the Indian food supply chain. Also, data stored in the blockchain is to be fed into the IBM Watson Decision Platform for Agriculture to support smart decisions taken by farmers. Of course, a lot needs to be done to ensure the right data points at each stage of the supply chain, but given IBM’s progress and partnerships, it seems there is no competition in this market for the Big Blue.

The story doesn’t end with TrustLens and Food Trust, IBM has also recently introduced Trust Your Supplier Network along with blockchain consultancy firm Chainyard. Along with IBM, Fortune 500 companies including Anheuser-Busch InBev, GlaxoSmithKline, Lenovo, Nokia, Schneider Electric and Vodafone are founding participants in the Trust Your Supplier (TYS) network. This network similar aims at automating the verification and onboarding of buyers and sellers throughout the globe. This gives organisations the ability to track everything, including not just products but also important documents such as IDs, ISO certifications, bank account info, taxation and insurance documents, etc. Here immutable audit trails on the distributed ledger will eliminate time-consuming processes of exchanging purchase orders and invoices. Relevant APIs can exchange the supplier master data to respective ERPs and procurement tools which can be verified by parties on the network instantly.

While blockchain technology first came to limelight with a cryptocurrency like Bitcoin, its real-world utility has remained somewhat vague and adoption has been slow. This, of course, has to do with both regulatory unclarity and the lack of knowledge among organisations on its applications in managing supply chains. IBM jumped onto this opportunity to help companies across the globe find applications without touching unregulated public blockchains.

The global blockchain supply chain market size is projected to reach $9.8 billion by 2025 compared to merely $93.16 million measured in 2017, growing at a CAGR of 80.2%. And there is where IBM has a huge headway compared to other players.