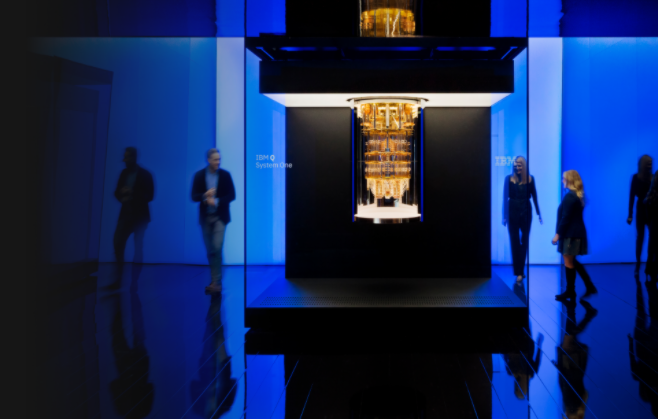 Theoretically, quantum computers would solve computations which would take an eternity with the traditional computers. However, the commercial impact of quantum computing remains to be yet to be explored.

So to explore the advantages of quantum computers over traditional computers, researchers at IBM and Goldman Sachs have teamed up and published a paper titled, “A Threshold for Quantum Advantage in Derivative Pricing.”  The researchers also claimed that this work is the first detailed estimate of the quantum computing resources needed to achieve quantum advantage for derivative pricing – one of the most ubiquitous calculations in finance. According to the authors, derivatives are a good place to start given the volume of activity surrounding derivatives every year globally.

This work, according to the researchers, is a first of its kind experiment to check quantum advantage in derivative pricing. In doing so, it also introduced new methods for loading stochastic processes into a quantum computer.

A derivative contract is a financial asset whose value is based on (or derived from) the price of one or more underlying assets such as stocks, currencies, commodities, etc. Derivative contracts currently have an estimated global gross market value in the tens of trillions of dollars.

In many cases, the pricing of derivative contracts uses Monte Carlo methods which consume significant computational resources for financial institutions. Therefore, finding a quantum advantage for this application would be very valuable to the financial sector as a whole.

Derivatives are often calculated using Monte Carlo simulations on classical computers. The objective here is to randomly simulate how asset prices change over time. But improving an estimate of price on classical computers by order of magnitude would require to increase the samples in a Monte Carlo simulation by a factor of 100. Whereas, in the case of quantum computers, increasing samples by a factor of 10 would do. This is what is known as a quadratic speedup.

To get a reasonable answer, a large number of Monte Carlo simulations are run using massive amounts of computing power. Theoretically, wrote the authors, the same simulations could be performed on a quantum computer to reach an answer much quicker. But, how much better will these quantum computers perform has still been a dilemma.

To find this out, the researchers at IBM and GS have introduced a new method for overcoming those obstacles. The new approach – called the re-parameterization method – combines pre-trained quantum algorithms with approaches from fault-tolerant quantum computing to dramatically cut the estimated resource requirements for pricing financial derivatives using quantum computers.

The goal of derivative pricing is to determine the value of entering a derivative contract today, given uncertainty about future values of the underlying assets and consequently, the ultimate payoff.

“The benchmark use cases we examined need 7.5k logical qubits and a T-depth of 46 million (or operations a qubit can perform before decoherence),” explained the researchers.

For every qubit, say x, there are 2^x states. In other words,

Decoherence relates to loss of information. This stage is useless for quantum computing. All the estimation of the pricing of derivatives needs to be done before reaching decoherence.

That said, the authors also admit that these resource requirements are out of reach of today’s systems, but we aim to provide a roadmap to further improve algorithms, circuit optimisation, error correction and planned hardware architectures.

“It exacerbates the already overhyped reporting on the status of quantum technology,” said John Preskill, a theoretical physicist, talking about Quantum supremacy. To an extent, that is true. Last year, quantum computing made its presence felt with some news almost every month towards the second half of 2019. Though there were reports of quantum supremacy — claimed both by Google and IBM — much of the news around innovations were marred with efforts of debunking the claims made by the companies.

Whatever hype that quantum computing has garnered over the years is mainly due to the discovery of quantum entanglement and superposition phenomena. Experts argue that classical computers too can still beat QCs. While comparing the performance of a quantum computer to a traditional computer, one should also consider all the available additional resources. This becomes any claim to quantum supremacy, a controversy.

It is also believed that quantum computers will never overtake their classical counterparts. Instead, both technologies will mutually benefit each other, resulting in finding unique results.

These quantum leaps of innovation might seem trivial on the surface, but researchers trust that any small enhancement can transition the world with faster simulations. Think: molecular properties, protein synthesis and drug discovery or running partial differential equations to simulate weather patterns to find the next catastrophe. The applications are endless.