IBM Telum vs Tesla Dojo – Did Telum Get Shadowed By Dojo’s Hype?

While Telum is a silicon wafer, Dojo has gone against industry standards. 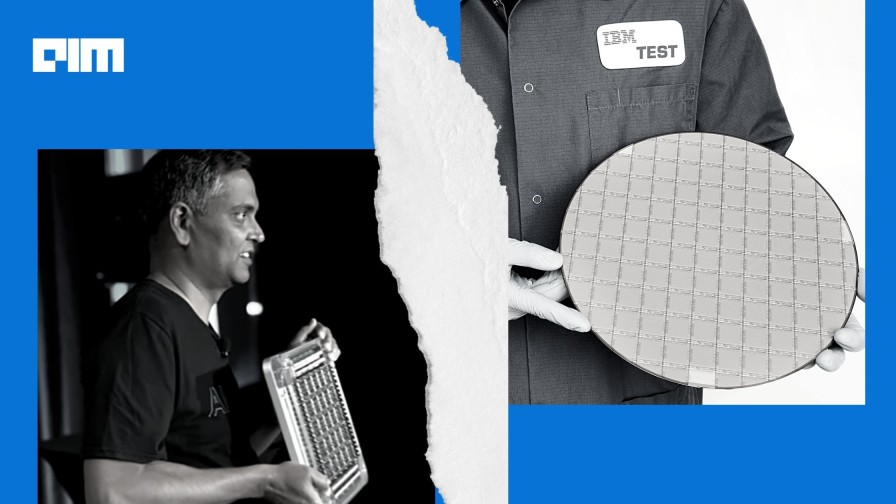 Just last week, Tesla had the AI in awe with its supercomputer chip, Dojo, which is claimed to have a processing speed four times faster than other computing systems. Dangerously launching while Dojo is still relishing in its hype, IBM’s Telum Processor is the latest silicon wafer chip.

Was IBM’s decision to launch just around the corner with Dojo’s launch – a strategic decision or a risky one? In this article, we break down how Telum and Dojo compare so you can decide for yourself.

Telum’s design is a full-stack approach that co-optimises silicon technology, hardware, firmware, operating systems, and middleware. The centralised design allows clients to process all types of workloads and tens of thousands of transactions infused with AI every second. This makes it ideal for financial services workloads like fraud detection, loan processing, clearing and settlement of trades, anti-money laundering, and risk analysis. Telum’s wafer is cut into individual chips containing eight processor cores with a deep superscalar out-of-order instruction pipeline.

While Telum is a silicon wafer, Dojo has gone against industry standards. The chips are designed to connect without any glue to each other; Dojo has connected 500,000 nodes. This has resulted in a nine pFLOPS training tile with 36TB per second of bandwidth in a less than one cubic foot format. It is leaving 25 SoCs on the wafer and using high-quality silicon.

The chip is optimised with eight processor cores that run with more than 5GHz clock frequency. In addition, the cache and chip-interconnection infrastructure has been redesigned to provide 32MB cache per core. The chip is made up of 22 billion transistors and 19 miles of wire on 17 metal layers. The Telum processor is developed in a 7nm EUV technology node.

The Dojo is powered by Tesla’s custom chip, D1, a 7nm technology and 362 teraflops of processing power. In addition, Tesla claims their D1 Dojo chip has a GPU level compute and CPU level flexibility, with networking switch IO.

Telum has a heterogeneous system consisting of both CPU and AI cores that are tightly integrated on the same chip to support very low-latency AI inference.

Tesla does not have any RAM outside of the SoC. The company is instead using cache, a faster tier of random access memory.

Telum has been dubbed a Neuro-Symbolic AI by IBM. Neuro-symbolic AI combines neural networks that extract statistical structures from raw data files with symbolic representations of problems and logic. “By fusing these two approaches, we’re building a new class of AI that will be far more powerful than the sum of its parts,” according to IBM. The company is working to support this hardware in both a lab setting and an enterprise.

Dojo has been created from the ground up level in-house at Tesla.

IBM claims this chip to be integral in fraud detection during the early periods of transaction processing.

A Telum-based system is planned for the first half of 2022. “Our goal is to continue improving AI hardware compute efficiency by 2.5 times every year for a decade, achieving 1,000 times better performance by 2029,” said IBM in a press release.

The Dojo is expected to be operational next year, according to Musk at the Tesla AI Day.

IBM’s history can be traced back to upgraded CPUs every few months with better technology, such as the original IBM Z and Power systems. According to their claims, the company has built three generations of AI cores, improved the performance efficiency of their AI chips, and boosted power performance by 2.5 times each year.

In comparison, Tesla’s history is uncertain, with some unfinished promises or some that turn out to be great inventions. So, how Telum or Dojo will turn out to be in reality is something to look forward to for tech enthusiasts.

Find the differences between Dojo and Telum tabled down below: