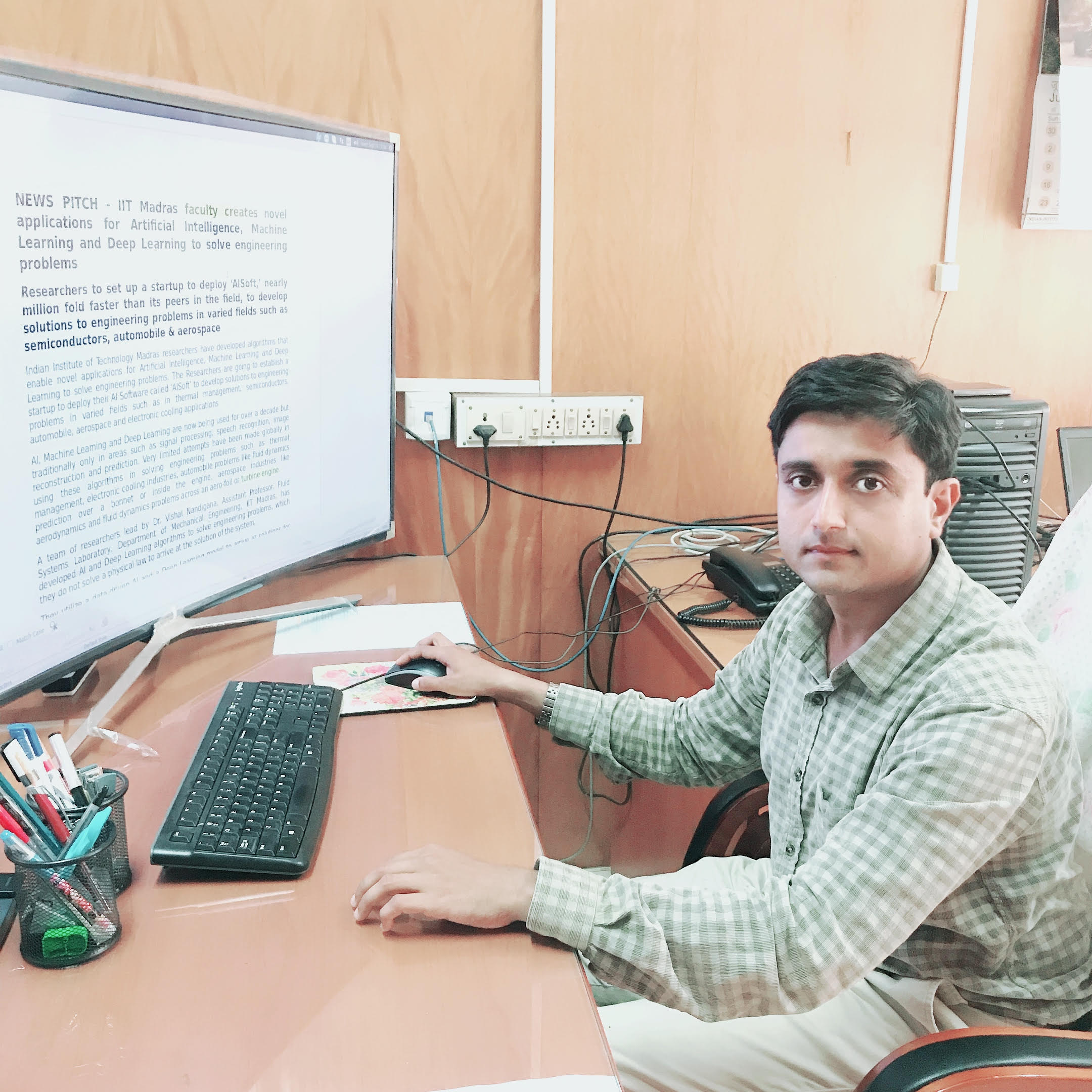 After the recent announcement on their plans to double the number of seats for its Inter-Disciplinary Dual Degree (IDDD) program on Data Science, IIT-Madras is in news again. This time for its plans to establish an AI startup.

This comes after a team of researchers at the institutes led by Vishal Nandigana, assistant professor, Fluid Systems Laboratory, Department of Mechanical Engineering, IIT-Madras developed the AI and Deep Learning algorithms.

Called ‘AISoft’, it aims to address engineering problems in various fields such as thermal management, semiconductors, automobile, aerospace and electronics cooling applications. According to researchers, AISoft has been tested to solve thermal management problems. “We found it to be nearly million-fold faster compared to existing solutions currently used in the field,” one of the researchers was quoted as saying.

Currently, most researchers use CNN or C-GAN to solve engineering problems and this new development will open up new avenues of research in the field.

The institute believes that AI, Machine Learning and Deep Learning are now being used for over a decade but traditionally only in areas such as signal processing, speech recognition, image reconstruction and prediction. Very limited attempts have been made globally in using these algorithms in solving engineering problems such as thermal management, electronics cooling industries, automobile problems like fluid dynamics prediction over a bonnet or inside the engine, aerospace industries like aerodynamics and fluid dynamics problems across an aero-foil or turbine engine.

This AI algorithm offer advantages such as it works on any generalised rectilinear and curvilinear input geometry and saves computational time which remains a crucial challenge in the current settings. Researchers used a data-driven AI and a deep learning model to arrive at solutions for engineering problems after training the AI with data sets.

Highlighting the unique aspects of these algorithms, Dr Vishal Nandigana said, “We tested AIsoft and used it to solve such thermal management problems. We found it to be nearly million-fold faster compared to existing solutions currently used in the field. Our AI works on any generalized rectilinear and curvilinear input geometry. Our research saves the computational time, which is the bottleneck to solve most engineering problems.”

“We are using a novel Recurrent Neural Network (RNN) and Deep Neural Network (DNN) to solve engineering problems. Our AI is a grid or mesh independent and does not need the information of left and right grid points to solve the grid point of interest. Our AI can work with sparse data sets and solve engineering problems. Our AI stands out in this aspect from the commercially available software,” he added.

With their plans to establish an AI startup, researchers are hopeful that these algorithms will solve a lot of pressing problems for industries and can also be used for educational purposes.