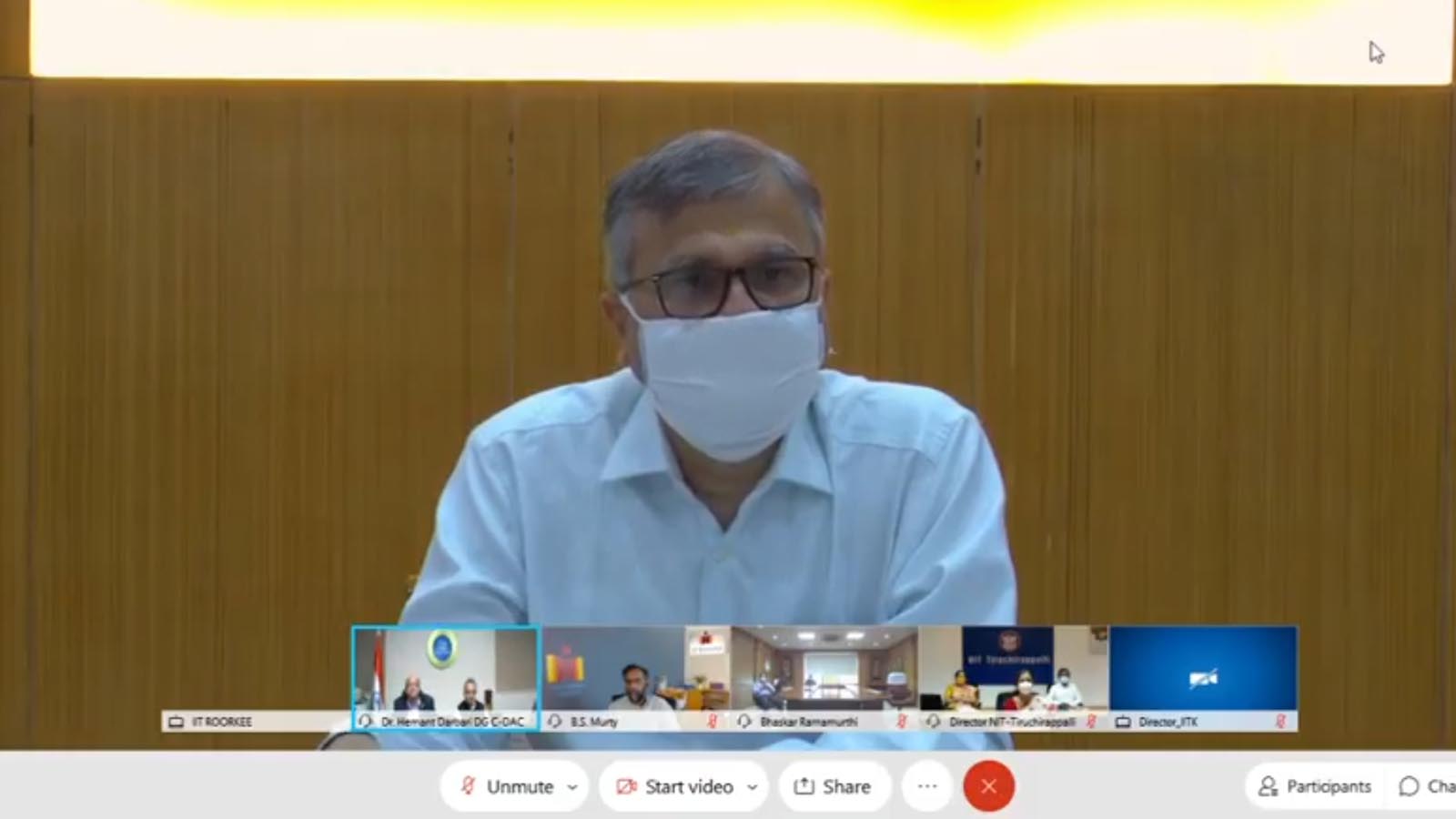 Indian Institute of Technology Mandi has signed a memorandum of understanding with the Centre for Development of Advanced Computing (C-DAC), Pune, to establish ₹17 crores worth of supercomputing facility of 650 TF Compute power for research and development activities.

According to the official release, the MoU was signed by Prof. Ajit K. Chaturvedi, Director, IIT Mandi, and Dr Hemant Darbari, Director General, C-DAC, India, during a virtual event in the presence of Sh. Sanjay Dhotre, Hon’ble Minister of State (Electronics & Information Technology, Education and Communications), and Prof. Ashutosh Sharma, Secretary, Department of Science and Technology, Government of India. The MoU has been signed for a period of five years and can be extended by mutual agreement.

Speaking during the event, Sh. Sanjay Dhotre, Chief Guest and Hon’ble Minister of State (Electronics & Information Technology, Education and Communications), Government of India, said, “The National Supercomputing Mission is an important initiative of the government of India. C-DAC, along with the IISc, IITs, and, NITs, is playing an important role in achieving the goal of Digital India and Atmanirbhar Bharat mission.”

He further stated that “These MoUs will help in increasing India’s global relevance in the field of Supercomputing.”

Along with that, Prof. Ashutosh Sharma, Guest of Honour and Secretary, Department of Science & Technology, Government of India, also stated: “In the past five years, our emphasis from buying the hardware and software components of supercomputer has gone to manufacturing these components under the Atmanirbhar Bharat mission of the Government of India.”

“These MoUs are the strong foundation of a bright future. We are now on a path to design and fabricate the hardware and software aspects of the supercomputing facilities in India,” said Prof. Sharma.

This supercomputer is aimed to enhance IITs capability in training the researchers, including the faculty and students of the institute.

The supercomputer will be made operational for research and development purposes for users at IIT Mandi within the next four months. The Department of Science and Technology (DST) along with the Ministry of Electronics and Information Technology (MeitY) are coordinating the project and the C-DAC, Pune, is the implementing agency, wh will be installing the supercomputing facility in IIT Mandi with liquid-cooled racks and 200 Gigabit Infiniband connectivity.

It is notable that IIT Mandi already has an in-house high-performance computing heterogeneous cluster set up in 2014, with more than 400 registered users from the research community working on applications. These applications include fluid mechanics, engineering, biotechnology, molecular dynamics, and computational chemistry, among others.

The official release further mentioned that the new supercomputing system, which will have 13 times more computing power than the current cluster, will boost the HPC usages and research environment in the institute. Further, the institute is setting up a centralised supercomputing building to house the new facility along with the previous HPC cluster and Technology Innovation Hub (TIH) infrastructure.

Are We Seeing A Deluge Of Supercomputers

Can NEC Compete With NVIDIA To Build AI Supercomputers?