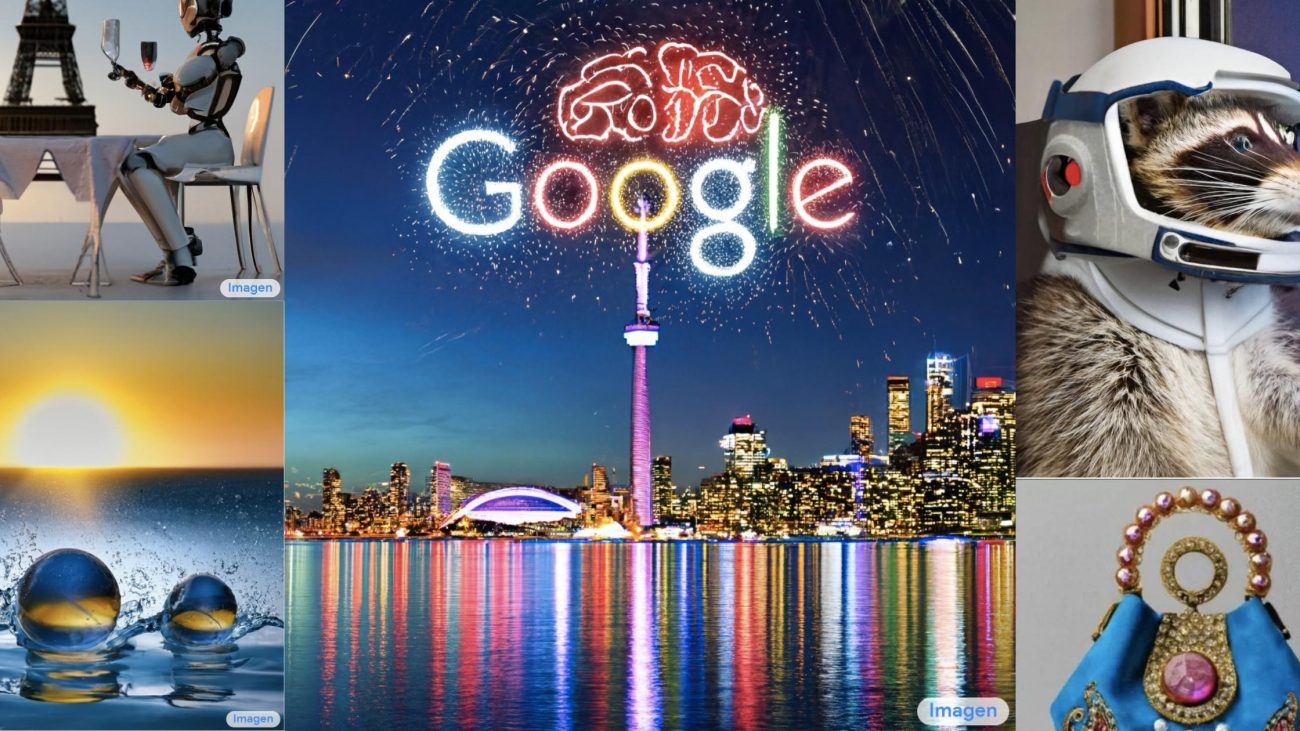 Text-to-image generation is having its moment in AI. Just a month back, OpenAI announced DALL.E 2, a successor to their own DALL.E, which could generate highly realistic images around a few prompts. DALL.E 2 was a breakthrough among text-to-image generators. It could draw images that sounded implausible in a range of different styles – like a photograph or a painting. The tool stretched the limits of human imagination and could produce a scene within seconds. But it appears that DALL.E 2 will have to pass the baton on to GoogleAI’s Imagen, which was released earlier this week.

Google Research’s Brain Team published a paper titled ‘Photorealistic Text-to-Image Diffusion Models with Deep Language Understanding’ along with the announcement. The team tested the model and compared it to a bunch of other text-to-image competitors like DALL.E 2, CLIP and VQ-GAN+CLIP. Demonstrating higher photorealism, Imagen outclassed its rivals by a mile.

Comparison with GLIDE and DALL.E 2

The study has introduced a new set of categories for text prompts called DrawBench to evaluate the quality of text-to-image models. The new benchmark is comprehensive and judges the models’ many aspects, like compositionality, cardinality and spatial relationships, on the basis of 11 parameters. These parameters are divided into different colours, the number of objects in the scene, any text in the scene and interaction between the objects.

DrawBench also constantly uses prompts that are more complicated and creative or with words that are rarely used so that the model is well-acquainted with these commands. This also pushes the model’s ability to generate imagery that is more imaginative and outlandish.

Imagen outperformed DALL.E 2, GLIDE, VQ-GAN, which works using CLIP, and Latent Diffusion, on scores given by human raters. Imagen tested better than the other models by a wide margin on accounts of both image fidelity and image-text alignment.

The models were also tested on the basis of the standard benchmark to judge text-to-image models, the COCO evaluation set. The main metric to measure the models’ performance was FID, or Frechet Inception Distance, which is used to calculate image fidelity, image-text alignment and the CLIP score. For both DrawBench and COCO benchmarks, evaluation was done by human raters because FID can’t fully judge perceptual quality, and CLIP is limited at counting.

Source: Research, Random Imagen samples from across categories drawn from prompts by DrawBench

While Imagen wasn’t trained on COCO, it scored state-of-the-art zero-shot FID at 7.27, which was higher than DALL.E 2 and other models that were trained on COCO. In zero-shot FID, Imagen scored -30K, for which 30K prompts were pulled randomly from the benchmark set. The samples generated by the model for these prompts were compared with reference images from the full set. It also achieved a preference rate of 39.2 per cent over other models in photorealism. In scenes with no people, however, Imagen’s preference rate went up to 43.6 per cent, which showed that the model’s ability is limited when it came to generating photorealistic images of people. The COCO test doesn’t offer deep insight into the differences between the models, which is why DrawBench was developed.

How did Imagen beat DALL.E 2?

However, just like DALL.E 2, Imagen has also not been released to the public and with good reason. The study noted that the risks associated with biases in large language models still remain, and training text-to-image generators on these datasets reproduced the dangerous stereotypes. Thomas Wolf, co-founder and Chief Strategy Officer at Hugging Face, commented on this regard, stating how it hindered research in the text-to-image area. Wolf suggested that it was possible and even preferred if datasets could be made public so they could be improved with a collective effort.