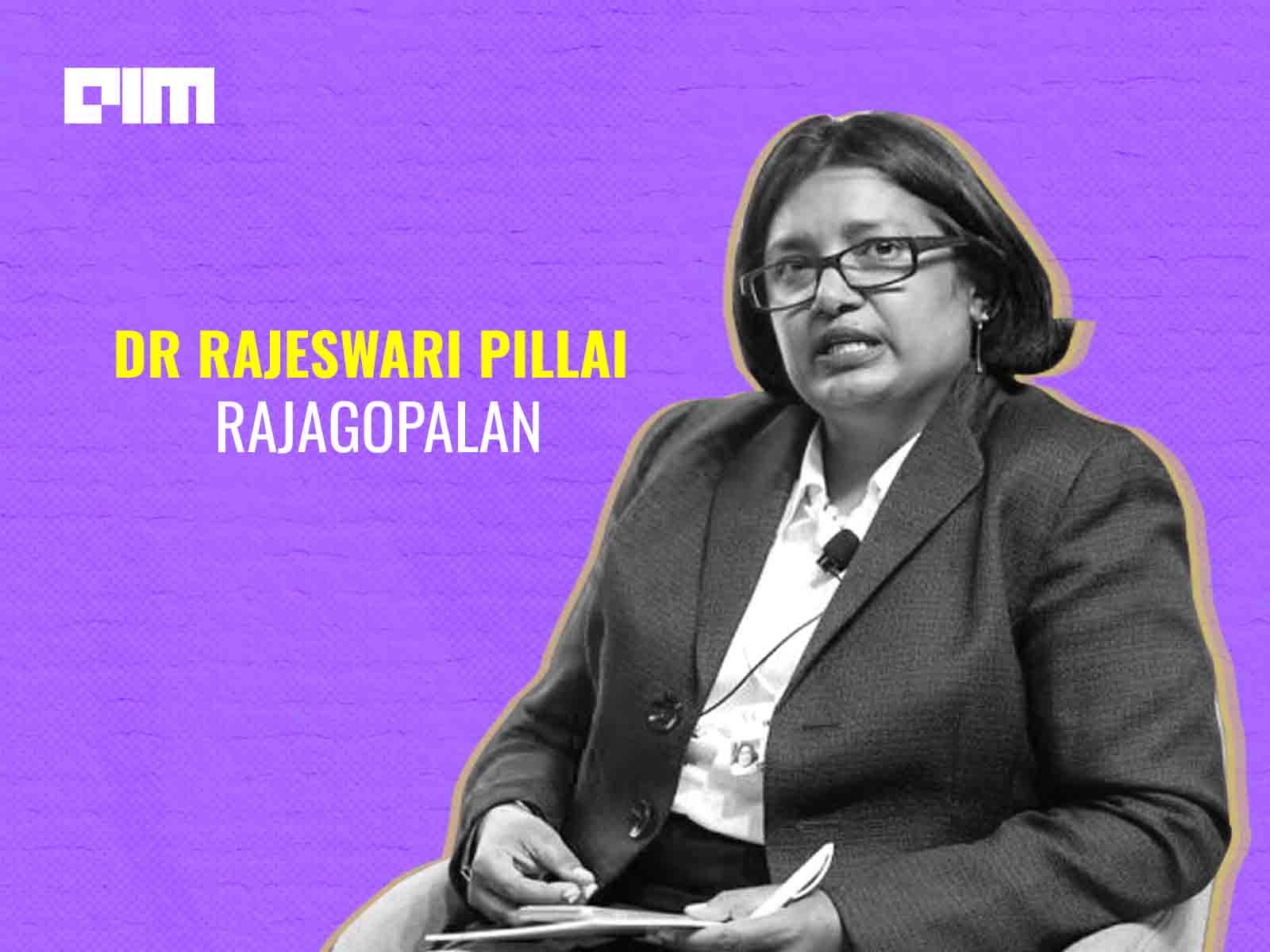 This is the second article in the weekly series of Expert’s Opinion, where we talk to academics who study AI or other emerging technologies and their impact on society and the world. This week, we spoke with the head of the Nuclear and Space Policy Initiative at the Observer Research Foundation (ORF), Dr Rajeswari Rajagopalan.

The Department of Science recently released a draft for the new space policy that promotes the introduction of private players into the space sector. This has been greeted with both enthusiasm and scepticism at the same time.

Analytics India Magazine caught up Dr Rajagopalan to understand the significance of the policy and to understand some of the roadblocks that will need overcoming as private players enter the space industry.

AIM: What is the significance of introducing private players, and how can this help the space industry?

Dr Rajagopalan: The biggest advantage is to address India’s capacity gaps in its space sector, and India does face a capacity deficit. ISRO has done India proud in terms of providing us with space utilities and making a socioeconomic impact. But it does not have sufficient resources to deal with the growing requirement of space utilities anymore. Space utilities are no longer only about providing internet connectivity or imagery, but also about security and other requirements. ISRO cannot meet all of it. Thus, it is important for ISRO to participate with private players, give them a level-playing field, and provide them with the incentive to be a part of India’s growth story.

The entry of the private players can make the sector even more competitive and make space democratic in terms of prices and delivery system. It will make India more attractive for foreign players to launch their satellites. The private sector can democratise the industry because the SMEs and new space companies have the talent that India can tap into. This can also bring the cost down.

AIM: One of the obvious threats of privatisation since it is an expensive industry is that it is difficult for small players to enter the markets. How does the government support the small companies and avoid space monopolies?

Dr Rajagopalan: To ensure that private players are fair in their participation, the first and foremost thing that you need, is to establish regulatory policy and framework. At the same time, policy statements are one thing, but their implementation is completely different. For this, you need to have a legal instrument in place. Unless you have a law that would facilitate ISRO’s partnership with industries and entrepreneurs, there are going to be serious hiccups.

Speaking with some of the small private players, they still sound somewhat sceptical. They have been wanting a bigger share in terms of manufacturing of satellites, but they are still not very excited about the current policy announcements. At the end of the day, they say that their ability to play an active role in India’s space program will be decided on what kind of regulations are brought about.

In the past, whenever ISRO has worked with private players, it was mostly through personal connections, and there was no open bidding process. This has to change, and there needs to be an open competition that can provide a level-playing field for all private players.

Indian establishments may also need to do a bit of handholding for some of the start-ups and small and medium-sized enterprises, but that will pay off in the medium to longer-term, making India’s overall space proficiency even greater. Partnerships between established and emerging players is another way to address the affordability issue.

AIM: While ISRO concerned itself with developing applications for India’s overall and inclusive progress, private players will have a vested interest in profits. How can this impact the space industry?

Dr Rajagopalan: At the end of the day, the government decides what they want to do with the sector using taxpayer’s money. It is up to the government whether they want to make sure if ISRO doesn’t run into losses or get a better product for their bucks. ISRO should focus on what it has been doing, and that is research and development and related projects. It does not have to engage in routine launches of communication or weather satellites, and this is where the private sector needs to be involved.

The private sector is not running on charity and will be focused on profits. At the same time, however, they are also patriotic enough as they enter these strategic sectors. Here again, it will be essential to see the kind of regulatory framework that can ensure that private players are not engaged in pure profit-driven goals. It may be challenging in some way, but unless the government can think of this framework, things can get problematic.

On the other hand, another area that needs to be addressed for private players is the Intellectual Property (IP) of products. Today essentially, whatever products that the private sector is developing and giving to ISRO, the IP is owned by ISRO. ISRO doesn’t share the IP with the private sector companies that have actually invested and developed the product. This is a serious concern raised by a lot of the private sector. Hence, unless an IP-centric policy structure or regulatory framework is developed, real reform is going to be a serious problem for India within the space sector. What we need is an independent regulator. ISRO promotes, develops, and is the commercial arm. One body responsible for all the roles is not a very healthy practice at the end of the day.

AIM: Another concern of privatising the space is that there is already overcrowding of satellites. Introducing too many players who can launch satellites can worsen this problem. Also, in case something goes wrong, the Outer Space Treaty (OST) is also outdated. What are some of the implications of this?

Dr Rajagopalan: There are global mechanisms in this regard. For instance, there is the liability convention, under Article 7 of the OST, that says that the launching State will be liable to pay any compensation for any damage. There have been a few satellites damaged not only because of satellites’ overcrowding nature but also because of satellite debris. But it so remains that no country has made a case under the liability convention and asked for compensation financially or otherwise.

Where this can get complicated (as the private sector enters), since space business is an expensive one, is the insurance. The more expensive business that you enter in, within the space sector itself, insurance rates are going to be a lot higher, and hence there will be significant overheads to the overall space mission cost.

Lastly, the OST has managed the sanctity of space for several decades and by large has been maintained as a peaceful domain. But this is no longer true because of the congested satellite traffic and radio frequency interferences. The usable area in outer space is limited, so unless you take serious steps to the kind of activities that you engage in then safe and secure passage to outer space cannot be guaranteed.