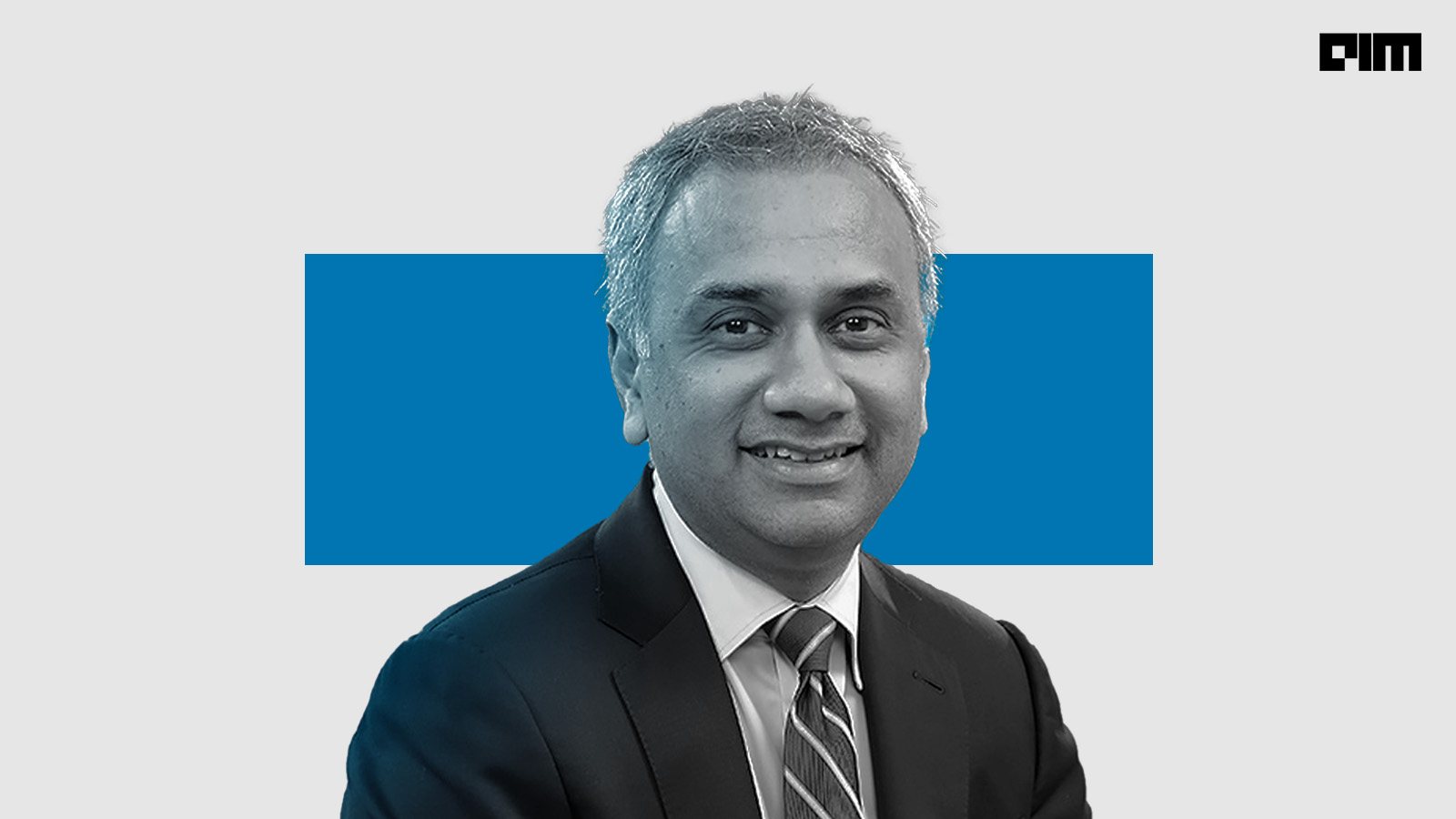 Salil Parekh, the CEO and managing director of the second-largest IT company in the country was reappointed in his role from July 1, 2022, till March 31, 2027. When appointed CEO of Infosys in 2017, the company was in the news for all the wrong reasons. Former executive Vishal Sikka had resigned from his post in an unconventional manner.

Sikka, the first non-founder CEO of the IT services giant, had been involved in a bitter brawl that culminated with him resigning abruptly along with an open letter that he announced on Twitter. The letter stated that Sikka had been subject to constant ‘personal attacks’ from the founders. The deep divide between the board and Narayan Murthy and Co. worried investors and Sensex alike, leading to a 9 per cent drop in the company’s shares.

Infosys spent the remainder of the year in a search for a replacement for Sikka. After considering more than a dozen candidates for the position, the 53-year old Parekh was chosen. The second outsider to helm the company, Parekh was a soft-spoken man in contrast to the outspoken Sikka, who called himself a ‘Kshatriya warrior.’ It wasn’t just the personalities; the two approached steering the company from polar opposite directions too.

Having graduated from Syracuse University in New York in Computer Science, Sikka completed his PhD at Stanford University. Sikka’s recommendation letter to the Ivy League college had been written by Marvin Minksy, who is considered one of the founding fathers of AI.

Another heavyweight from the field, John McCarthy, ended up as one of Sikka’s teachers.

After brief stints at Xerox’s research labs and having founded his own ventures – iBrain and Bodha.com, Sikka eventually joined SAP in 2002 to head their strategic, innovative projects. Driving product development, Sikka rose within the company to become its first-ever CTO in 2007. His time of 12 years within the company was marked by his support for HANA, SAP’s new in-memory database technology. Finding support in SAP founder Hasso Plattner, Sikka was given free rein to revolutionise SAP as he deemed fit.

By this time, Infosys was in dire need of a change. Infosys’ employee turnover stood at a record 18.7 per cent in 2014. Senior executives were leaving the company, profit margins were narrowing, and investors had started to complain about the founders’ risk-averse attitude. In a move that had raised eyebrows then, Sikka was brought in to revive the culture. Sikka overhauled the organisation structure of the company and brought AI/ML techniques to the forefront.

Under Sikka, the company’s net profit grew by 3 per cent from 2014 to 2015. However, post-2015, it plateaued. On the other hand, Sikka’s salary jumped by 55 per cent to Rs 710 million, starting from April 2016. Murthy voiced his concern over the indiscriminate rise in the pay scale for top executives in an open letter to the board and was supported by other board members like Mohandas Pai and V Balakrishnan.

Sikka had also made the mistake of overpromising. Previously, he had set a target for Infosys to reach the goal of USD 20 billion in revenue by 2020. However, in June, he dropped the goal. By 2017, it became apparent that the company’s revenues were still far from the target. In 2017, the company brought in a little more than USD 10 billion in revenue. Mohandas Pai reportedly commented on Sikka’s hike, stating, “Salary is spectacular, while the performance of the company isn’t”.

Post Sikka’s public fallout with the founders, Salil Parekh’s appointment was welcomed with optimism by Murthy and others. Murthy was of the opinion that while Sikka was more suitable as a CTO rather than a leader, he believed Parekh’s head fit the crown. Parekh, an alumnus of IIT-B, had moved to Cornell to complete his Master’s in Computer Science and Mechanical Engineering.

He brought in more than thirty years of experience from working in the global IT industry and had engineered turnarounds and helped companies with digital transformation. After working with Capgemini, Parekh was responsible for overseeing the cloud infrastructure segment of Ernst & Young’s consultancy, which, coincidentally, was the missing brick in Infosys’ structure.

Ten days after joining the company, Parekh began a structured review of Infosys’ clientele, service offerings and market opportunities. He laid out a plan based on the results of the review during the April earnings. Parekh decided to scale the company’s digital services segment, which contributed to more than one-fourth of the earnings. By 2022 results, the digital services business had grown to more than 59 per cent, which was an increase of 51.5 per cent from the previous year.

During the 2018 earnings, Parekh stated that he was focused on upskilling employees, using AI and automation to bump up productivity, building training centres and delivery centres across the US, and expanding local hiring. To this end, Infosys ended up hiring more than 4,000 people in the US within the next 18 months. During his tenure, the company upped its cash allocation to shareholders from 70 per cent of its cash-free flow to 85 per cent in 2019, which became effective from 2020 onwards.

Unlike the bombastic Sikka, Parekh openly stated that he intended to make Infosys more ‘boring’ during his tenure. Right from the beginning, Parekh proved he was anything but boring. Ten months after coming into power, the company went on a spree of acquisitions, buying Salesforce consultancy firm Fluido and Seattle-based award-winning creative company WongDoody. Clearly, being ‘boring’ to Parekh did not mean becoming irrelevant. Instead, his main aim was to make Infosys more relevant to its clients.

Instead of jumping the gun, Parekh honestly stated that only the next five to seven years would show if Infosys’ stability would stick.

Parekh also enjoyed an easy rapport with the founders. Chairman Nandan Nilekani praised Parekh’s leadership, saying, “Infosys was boring again, and that is a good thing.” Parekh reportedly also had Murthy’s stamp of approval, with quick chats between the two becoming the norm.

Even with his focus on energising the core, Parekh has embraced analytics, cloud (the company has built strong partnerships with hyperscalers like Google Cloud, AWS and Microsoft Azure), and AI, as well as blockchain, which is used to track data in payments for their financial services. He emphasised on the role of Infosys’ cloud platform Cobalt in pushing cloud transformation across the financial services industry. The company also launched its metaverse foundry in February this year to help onboard organisations onto the metaverse.

The company has given guidance for revenue growth between 13 to 15 per cent for FY 2023 after it reported a decline of 2.1 per cent in net profit from the previous quarter. It is telling that in spite of the lowered guidance and slowed down growth, rating agencies like Motilal Oswal Financial Services stuck to the ‘Buy’ rating and noted that Infosys would benefit from its capabilities in digital and cloud transformation.

Parekh had himself reiterated a similar sentiment during the March earnings, saying that the company could lean on its digital and cloud capability, as there was still a lot of work to be done in this area. Despite the inflation pressures, growing demand for labour, and a downturn in market sentiment, Infosys’ ‘lowered’ guidance was still far ahead of the market. As understated as Parekh is, one thing is clear – he knows exactly what he wants.