The first version of Shoonya is expected to release later this month. 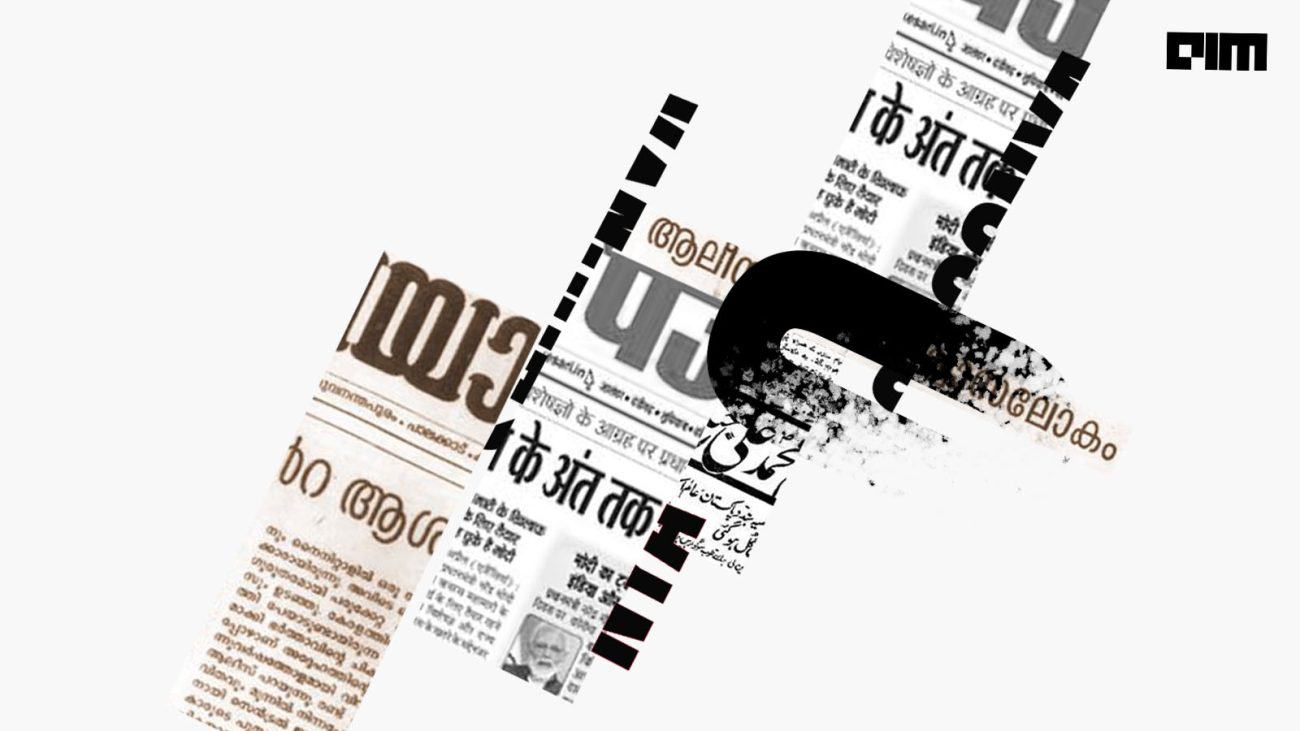 At the RAISE summit 2020, PM Narendra Modi said, “Our planet is blessed with several languages. In India, we have several languages and dialects; such diversity makes us a better society. As professor Raj Reddy suggested, why not use AI to breach the language barrier seamlessly?”

To say that the digitalisation efforts in India are successful, the stakeholders – government, the research community and the industry – would need to make conscious efforts to deliver its benefits to all sections of the society. It is a challenge, considering the language barrier that exists in creating these AI models. Most of the Indian languages are low-resource, which means that they have relatively lesser data available for training NLP systems, especially conversational systems.

In this backdrop, the Indian government recently announced the launch of Project Bhashni, which aims to offer easy access to the internet and digital services in their native languages. As per Statista, India was estimated to have over 748 million users in 2020. By 2026, the country is expected to have 1 billion smartphone users, with rural areas driving the sale of internet-enabled phones, reports Deloitte.

One such initiative contributing to low-resource language AI in the country led us to AI4Bharat, an open-source research lab for Indian languages. The initiative is supported by Microsoft’s Research Lab and India Development Center (IDC), which provides ‘unrestricted research grants’ towards building open-source technologies. In addition, it is supported by EkStep Foundation with mentorship and software engineering to build and deploy open-source applications for Indian languages.

AI4Bharat looks to contribute in the following areas:

For instance, Shoonya improves the efficiency of language work (like translation, speech transcription, text validation, optical character recognition, etc.) in Indian languages with AI tools and custom-built UI interfaces and features. The team believes that this is a key requirement to create larger datasets for training AI models like neural machine translation. The current focus of this tool is on translation. The first version of Shoonya (v1) is expected to release later this month.

In the area of machine transliteration, AI4Bharat has launched Aksharantar, IndicXlit, and IndiclangID. IndiclangID is a model for identifying the language of romanised Indian language words in Aksharantar.

Another application developed by AI4Bharat includes Chitralekha, an open-source tool for video transcription with optional translation support focused on Indian languages. The first version of Chitralekha is expected to be launched later this month.

Check out all the open source datasets, models and libraries from AI4Bharat here.

On July 28, 2022 – AI4Bharat will be launching the Nilekani centre. The event will also have a workshop on Indian language technology. The foundation of this centre has been led by technopreneur and Infosys chairman Nandan Nilekani, focusing on open-source language technologies for the public good.

Top educational institutions are also actively contributing to this domain.

Earlier this month, researchers from IIT Guwahati developed a named entity annotation dataset for low resource Assamese language with a baseline Assamese named entity recognition (AsNER) model. The dataset contains about 99K tokens. This includes text from the speech of the Prime Minister of India and an Assamese play.

IIT (BHU) Varanasi researchers have developed linguistic resources for Bhojpuri, Magahi, and Maithil, where they performed basic statistical measures for these corpora at character, word, syllable, and morpheme levels, alongside understanding their similarity estimates and baselines for three applications.

C-DAC (The Centre for Development of Advanced Computing), an Indian autonomous scientific society operating under the MeitY, has launched several projects related to low-resource languages. Some of them include C-DAC GIST, multilingual computing, and others.

Besides these, there are startups like Gnani.ai, Reverie Language Technologies, DheeYantra Research Labs, and RaGaVeRa Indie Technologies, and others, are also contributing to the ecosystem.

As per the plan, MeitY will be setting up a process to utilise the contributions received from the ecosystem.

Language missions would be responsible for empanelling agencies for data collection, curation and validation activities. Further, it stated that all original or translated data should be collected using a UCLA-compliant process defined by the data management unit (DMU).

DMU would also develop in-house resources for certain low-resource languages or specific tasks for quality control. In addition, state language missions would provide resources to DMU for all languages.

For the first two years, MeitY aims to expand training datasets in low-resource languages, including North Eastern and Tribal languages, alongside other languages where sufficient data is not available.