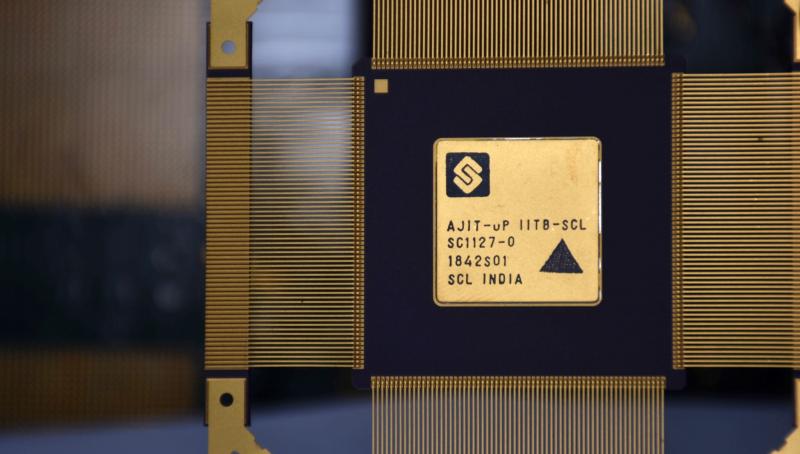 India provides a worldwide opportunity for growth in consumer electronics. According to this report, revenue in the consumer electronics segment amounts to US$ 6,734 million in 2019 and is expected to show an annual growth rate of 16.2%, resulting in a market volume of US$ 12,281 million by 2023.

Indian Institute of Technology Bombay has been making continuous efforts to its research and development field with the national goal of achieving technological self-reliance. Researchers at IIT Bombay have designed, developed and fabricated the first ever microprocessor known as AJIT, a Sparc-V8 ISA compliant processor.

For the first time in the history of India, the academia, government and the industry have joined their hands to build India’s first microprocessor. Professor Madhav Desai along with his team of nine researchers from the Tier 1 institute has made the project possible. The project was funded by the institute along with Ministry of Electronics and Information Technology (MeitY). A Mumbai-based company, Powai Labs has also made contributions and provided financial support to the product.

The microprocessor is the brain of an electronic device which contains a few millions of transistors fused on a semiconductor chip. This medium-sized processor is based on a 32-bit ISA and can run one instruction per clock cycle and can operate at clock speeds between 70-120MHz, comparable to its competitors in the market. The processor comes with a memory management unit, an arithmetic logic unit, and a floating point unit. The researchers used a tool which can convert an algorithm to hardware known as AHIR-V2.

Furthermore, it is worth mentioning, India has also developed its first RISC-V based processor Shakti last year. A team of researchers and students from Indian Institute of Technology (IIT) Madras have developed this chip and made the design open-sourced. The chip is clocking at 400MHz speed and a majority of the front-end design is done using Bluespec System Verilog. The Shakti Project includes a family of six types of microprocessors and has been broadly categorised into base processors, multi-core processors and experimental processors. This chip is basically aimed in using towards smartphones and the Internet of Things (IoT) devices.

According to the reports, the demand for electronic products in India is expected to grow at a CAGR of 41 percent during 2017-2020 to reach $400 billion by 2020. Most of the electronic devices we use are imported from outside and with such kinds of development, the future of India will be a brighter and a cost-effective one. Giants such as Intel, ARM, Nvidia, etc. are the older players in this market and with the advent of such processors, the future of technology will undoubtedly see a new phase.

Case Study: How Intelligent Automation Helped This Indian Travel Provider To Streamline Their Business Process During The Crisis