The tussle between big tech companies and the Indian government does not seem like it’d intensify at any point of time soon, however, much still depends on what the upcoming regulations hold for big tech in India. 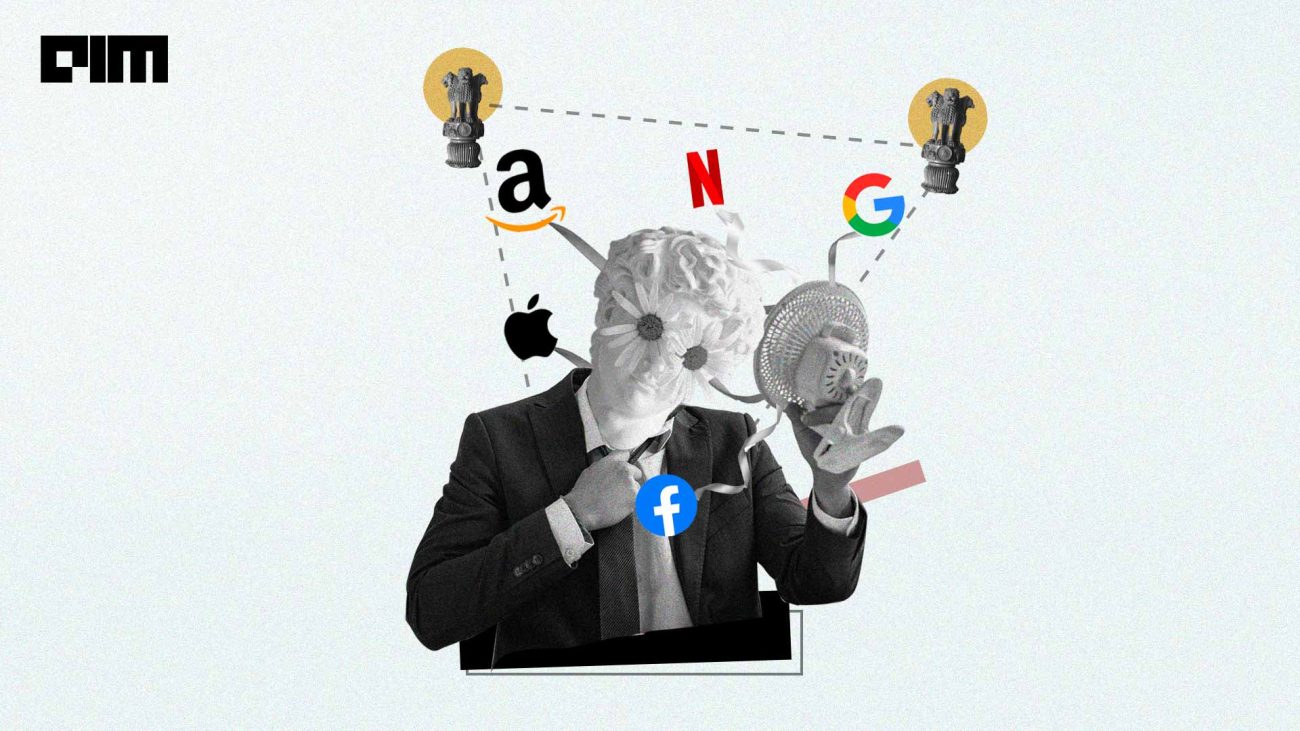 Global big tech companies are facing the heat of regulations by many nations, be it Europe coming up with its Digital Service Act (DSA)—widely touted as the ‘new constitution for the internet’—or India planning to launch its own telecom policy where companies like Whatsapp too would be required to have a licence.

So far, big tech companies in India are protected by the safe harbour of the Communications Decency Act (CDA) of the USA along with its Indian counterpart Section 79 of India’s Information Technology Act, 2000 (IT Act).

However, now that India is working on its own Digital India Act—a replacement of IT Act 2000 along with many others like Telecom bill, data localisation and others—it’ll indeed be intriguing to see if the tussle between the Indian government and big tech will intensify in 2023.

According to WSJ, when it comes to regulating big IT, the Indian government is using an odd hybrid of Europe’s stringent antitrust policy and Chinese-style government surveillance. They believe that in 2023, the tussle between India and the big tech companies is likely to worsen.

As per Arindrajit Basu, non-resident fellow, Center for Internet and Society told Analytics India Magazine, when emerging economies like India continue to grow and develop, they often find themselves at the negotiating table with tech giants from the Silicon Valley and beyond.

While these companies offer a variety of digital services that are greatly valued by individuals in these countries, they also have a tendency to solidify their market dominance through tactics such as data expropriation from large data markets like India.

“On the one hand, they provide various digital services to individuals while simultaneously entrenching market concentration, including through data expropriation from large data markets like India,” said Basu.

And truly, it is a delicate balancing act for these economies as they seek to take advantage of the benefits that these tech giants provide while simultaneously working to protect their own interests and prevent the further entrenchment of market concentration.

Reiterated attempts by the Indian government to regulate big tech has led many to wonder if we are ‘becoming less accommodating’? The regulations, which are introduced in the nation’s interest, sometimes hamper the day-to-day functioning of bigtech.

These regulations, however, are considered necessary in order to impede the unilateral dominance of big tech in the Indian market. “The dominance and subsequent abuse that these players inflict under directives from the CCI (Competition Commission of India) and legislators have been the focus of various rules in recent years,” Basu said.

When it comes to the government being less accommodating, Basu believes otherwise. According to him, the government safeguarding citizens’ authority over their data is not new, neither is the concept of data sovereignty.

“The question should not be whether the government has become more accommodating. The vision to ensure that citizens have meaningful control over data was always present—couched in the words of ‘data sovereignty’ has been there for the better half of the past decade,” said Basu. “Instead, law, policy and enforcement are catching up with the requirements of growing digital markets.”

Citing the example of data localisation, Basu said that the government, instead of rushing, is adopting a strategic approach. “While sectoral regulations, such as RBI’s data localisation directive, remains, en masse cross border flow of personal data will be negotiated with other countries on a case-by-case basis.”

Yet again, Basu believes that clarity on the framework that the government would adopt, including core principles, pre-requisites and red flags, would be helpful for companies hoping to be white-listed.

What does big tech feel about it?

The first week of 2023 began with Google attacking CCI over the latter’s filing of a lawsuit of $162 million in October 2022 regarding the abuse of Google’s android platform to seek dominance in the market. Attacking CCI head on, Google claimed that the OP has “copy-pasted extensively from a European Commission decision, deploying evidence from Europe that was not examined in India”.

Meta also had commented on India’s data localisation policy last year saying that, “Countries like India who are implementing data protection requirements or requiring local storage and processing of data or similar requirements could increase the cost and complexity of delivering the services”.

However, the current scenario is in much contrast considering several notable chiefs of big tech have recently met with Indian government officials and shown interest in complying with the local laws. For instance, Elon Musk had said that Twitter will be following local laws in India and Meta too has been vocal about following local laws in the countries it operates in.

The tussle between big tech companies and the Indian government does not seem like it’d intensify at any point of time soon, however, much still depends on what the upcoming regulations hold for big tech in India.