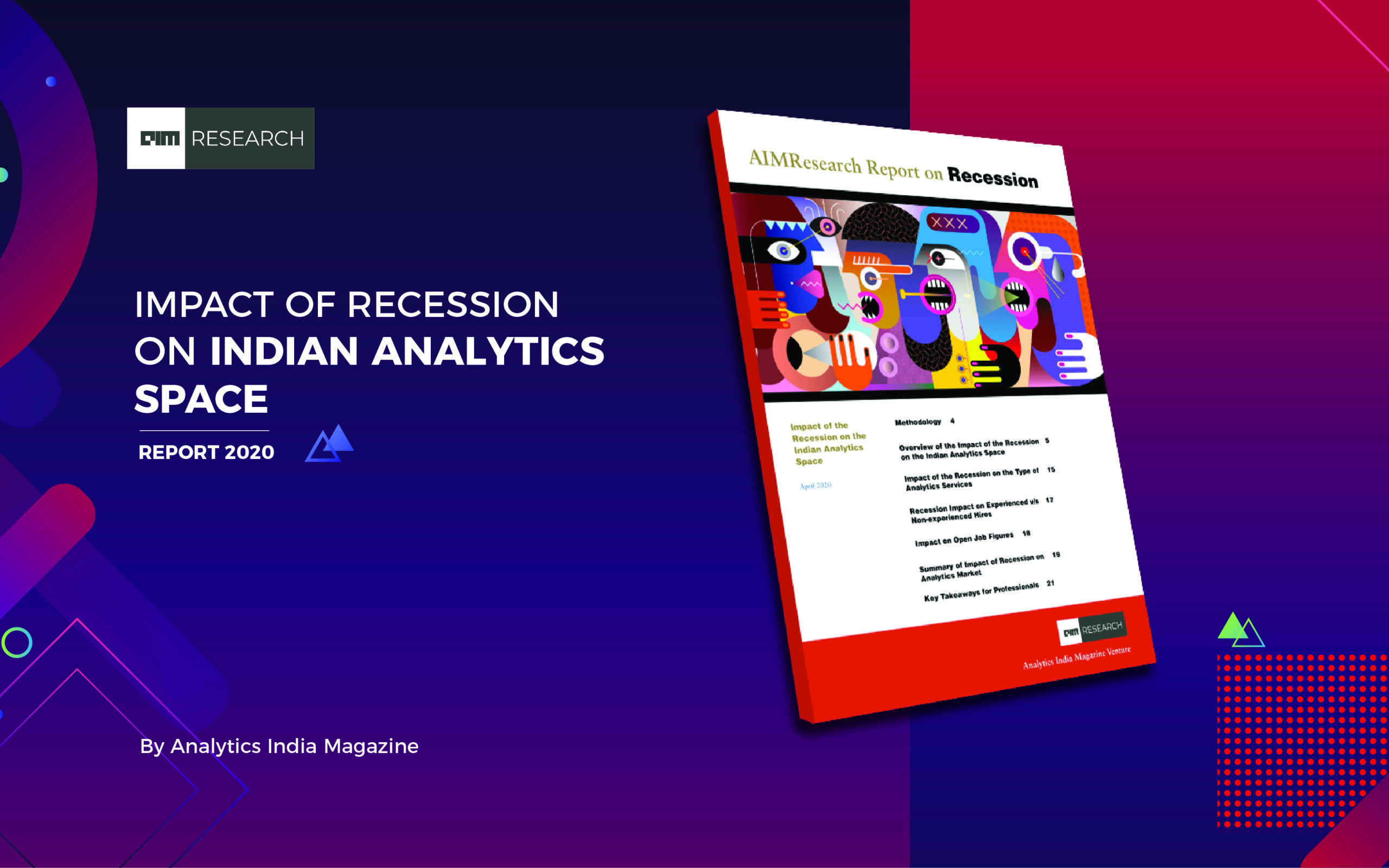 Indian economy, enterprises and consumers are expected to display relative economic strength, compared to global peers in the ensuing recession, according to a report by AIMResearch titled, Impact of the Recession on the Indian Analytics Space.

It suggests that in terms of impact, the overall Indian industry typically will not experience the same sort of recessionary trends experienced by global firms and sectors. Once the downturn ends, many Indian industries including IT, FMCG, Industrials, and Domestic Banking are expected to rebound.

While different sectors will experience varying impacts of the recession on their respective businesses, and correspondingly are expected to rebound from recession at different times, this report elaborates on the impact of recession on the analytics domain.

The report suggests that for the IT industry, a negative impact on revenues does not directly affect the operations and analytics functions of these firms. The impact is further cushioned by government-backed stimulus packages and relatively quick resumption of business and consumption, once the recession ends.

It also suggests that data or analytics professionals seeking a change of industry or type of company for a stable role in the long-run could select IT firms, FMCG firms, and Media and Digital firms for relatively high job security and low churn.

As per the report, Automotive and Industrial firms and Banking corporations (domestic and captives) are typically hit the hardest during recessions. The analytics function is a cost function across these firms and is likely to be the first unit or department to face significant cuts in operations and personnel in times of recessions and downturn.

Among the various businesses that will be affected by the recession, the contraction in the direct business and services is expected to be 30% for the global BFSI sector, and 10% for the Pharma sector. The report foresees a cumulative contraction of the analytics functions by a figure of 27.5%. This would affect operations and employee layoffs.

For oil and gas companies in India, the recession could negatively impact demand and margins by about 40%. The report predicts that the budget and analytics operations of the State-run industrial and energy firms could contract by about 10%, with no significant retrenchment of personnel, but a freeze in future hiring.

According to the report, there will be no significant contraction for the analytics functions of the domestic and MNC IT firms operating in India. Whereas the overall contraction in operations for the established boutique analytics firms would be 15%.

In terms of jobs, the effect of recession could result in a 10-15% drop in open jobs. The report forecasts that if the downturn continues for about a quarter, the number of open job positions could fall by 15-20% from the peak.

Bhasker Gupta, Founder, and CEO, Analytics India Magazine said, “While COVID-19 pandemic has taken a toll on the global economy, Indian industries and their corresponding analytics functions are quite hopeful of overcoming the losses it would make during the recession period. Just like after the 2008-2009 financial crisis, the Indian IT sector showed remarkable growth compared to other countries, we are hopeful that it would rebound the same way this year.”

AIMResearch is the research arm of Analytics India Magazine. AIMResearch provides rigorous, objective research and advisory to organizations that plan to achieve higher levels of success with their analytics implementations. Its single, overriding goal is to equip clients with the insights, advice, and tools they need to create a well-oiled, data-driven enterprise.