AI can vastly improve every aspect of naval warfare, such as combat, communications, logistics, maintenance, cybersecurity as well as physical security. 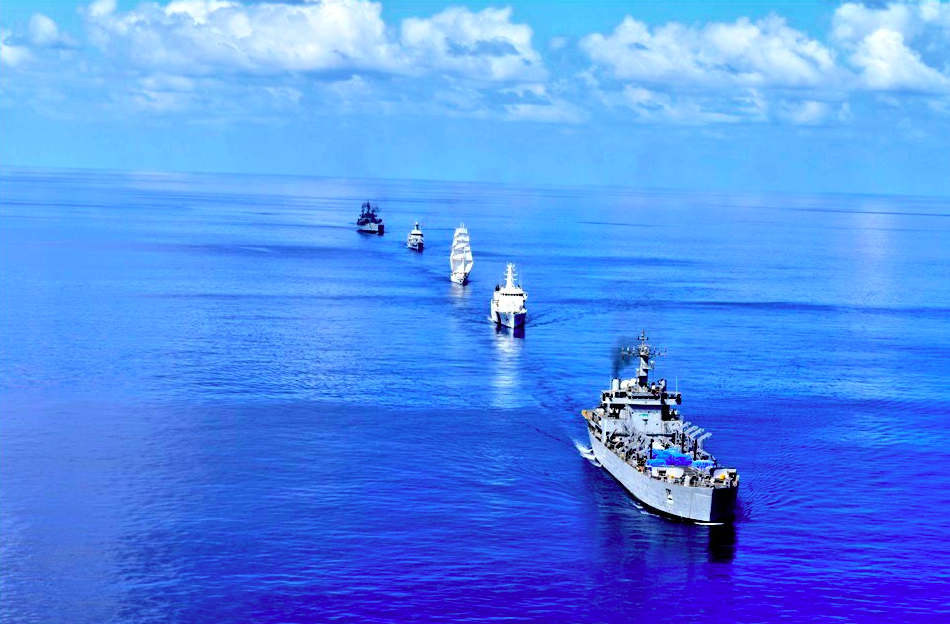 Doling out the recipe for world dominance, Russian President Vladimir Putin had once famously said that whoever reached a breakthrough in developing Artificial Intelligence (AI) would go on to rule the world. Armed forces in many countries are neck-deep in trying to leverage their operations through AI, with an aim to make their capabilities more advanced and sophisticated.

India, too, is leveraging AI to modernise the three wings of its armed forces. For instance, the Indian Navy is rapidly transitioning from a digitally-enabled Navy to an AI-enabled force.

“When there has been full human participation in wars, new autonomous weapons/systems have been developed with the help of AI applications. They can destroy enemy establishments without human control. AI-enabled military devices are capable of handling large amounts of data efficiently. It is also proving to be very helpful in training the soldiers. In the coming times, Augmented and Virtual Reality technologies will also be used effectively,” Singh said while speaking at the AIDef symposium and exhibition.

In 2018, NITI Aaayog and the Ministry of Defence (MoD) were tasked to devise a roadmap for the application of AI in the social sector and armed forces, including the Indian Navy.

“At the outset, I must highlight that we are extremely seized of the tremendous capabilities and potential that AI has to offer in every aspect of naval warfare such as combat operations, communications, logistics management, maintenance, cybersecurity, and physical security,” Vice Admiral Rajesh Pendharkar said.

AI Naval Projects to Watch out for

The Autonomous Fast Intercept Boat developed by the Indian Navy is a first of its kind. The boat is 15.6 metres long and can cruise up to 25 knots in autonomous mode. It has been developed in close partnership with Bharat Electronics and Goa Shipyards Limited under the government’s initiative.

The boat has been designed to adapt to a multi-varied capability, which includes surveillance, countermeasures, and exploration, amongst a few.

On June 21, a delegation led by the Deputy Prime Minister of Australia was given a live demonstration in which capabilities of the boat, such as waypoint navigation, remote operation and dynamic collision avoidance, were showcased. Reportedly, the delegation was impressed by the boat’s communication system, sensors, autonomous algorithms and propulsion system.

The Indian Navy is venturing into the field of natural language processing (NLP), wherein Mandarin, Hebrew, and Russian voice-to-English tech solutions have been developed.

The Navy is tapping into the huge potential of computer vision in face recognition, surveillance, image retrieval, and biometrics. Several cases have been identified and are then progressed to enhance the warfighting capability of its platforms.

The Indian Navy has been able to transform 2D images of handwritten text into machine-readable text. In addition, complex algorithms can capture data and convert them into actionable information to be utilised for enhancing operational efficiency and efficacy.

Anwesh employs an Optical Character Recognition (OCR)- powered Elastic Search Engine with powerful vision and analytics to enhance performance efficiency and decision making – all at the click of a button.

To strengthen the Navy’s cybersecurity posture and advanced cybersecurity, Hawksecure’s advanced AI engine capable of behavioural and trend analysis has been developed, detecting any deviation from the norm.

In 2020, a state-of-the-art AI and Big Data Analysis lab was set up in INS Valsura, which has already been designated as the Centre of Excellence in Big Data.

Earlier this year, INS Valsura organised a workshop under the aegis of Southern Naval Command where speakers from Google, IBM, Infosys and TCS, and academicians from prestigious institutes such as IIT Delhi, New York University, Amrita University and DA- IICT participated.

The Navy is also in the process of setting up a Centre of Excellence in the field of AI at INS Valsura. According to the Navy, the centre will propagate adoption of AI and ML in all domains.

Training all personnel in AI/ML

The Navy is training all its personnel in AI and ML across all speciality levels.

“The Navy has charted a course for training its personnel across all levels in AI and ML. The training is being done through organic courses, and also in collaboration with reputed institutions across the country,” Pendharkar said.

The Navy is using its training schools to upskill its personnel. Regarding collaboration, the Navy is joining hands with some of the renowned IITs in the country. In the past three years, Navy personnel have taken various AI-based courses.

The Navy is open to collaborating with private players to boost its AI capabilities. For example, the Navy worked with BEL and Goa Shipyards to develop the Autonomous Fast Intercept Boat.

Vice Admiral Pendharkar reiterated that the Navy is confident of and committed to partnerships with academia, industry startups, DRDO, DPSUs in progressing along the indigenous path of AI. Through such partnerships, he said, “we have embarked upon 30 projects, and some ideas are in the pipeline.

Creation of a data lake

Speaking of the challenges that lie along this path, he said, “Converting unstructured data and legacy data to a structured format that the analytical tools can understand is amongst the foremost. Towards this, we are focusing on the data collection process, creation of a common data framework and creation of a data lake, which will act as a repository of the present as well as future databases.”

He stressed that other areas of focus would be a clear articulation of use cases, the creation of collaborative environments between the end users and developers, etc.

The Navy has formed an AI core group, which meets twice a year for all initiatives related to AI and ML. In addition, it conducts periodic reviews of AI projects to ensure adherence to the promulgated timelines. The Navy also conducts training in AI/ ML across all speciality levels for its officers and sailors.

“I’m confident that with the AI ecosystem being created in the country and the thrust being given at the apex levels of leadership across the organisations, we can collectively move forward towards the realisation of the AI roadmap,” Pendharkar concluded.