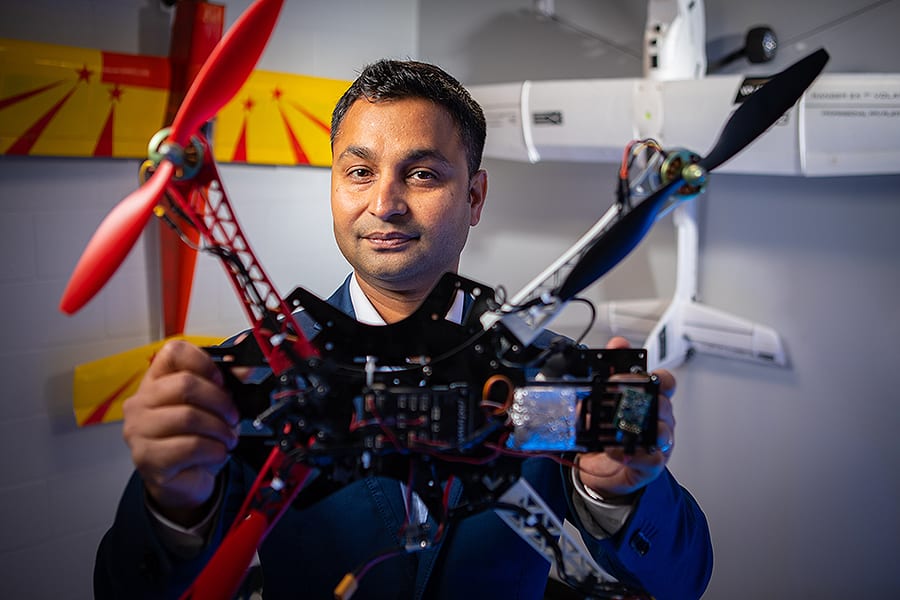 A Day In The Life Of: French Decision Scientist Who Juggles Predictive Models And Bengaluru’s Traffic Jams Efficiently Will artificial intelligence take over the world? Or will it be a blessing to humanity? To understand broader issues like these, engineers at the University of Buffalo were awarded a $1 million by the Defense Advanced Research Projects Agency (DARPA) in the US.

The project for which such a huge grant was awarded was to identify ways to combine physics-based models with conventional, data-driven AI methods — which basically means teaching physics to AI systems.

Interestingly, this project of teaching physics to AI systems is being led by an Indian professor and Engineer in UB Artificial Intelligence Institute which focusses on autonomous systems, advances core AI technologies that optimise human-machine partnerships and provides complementary tools and skills to understand the societal impact of these technologies.

What Will Be The Outcome Of This Project?

According to Rahul Rai, the grant’s principal investigator and associate professor at UB’s School of Engineering and Applied Sciences, that unmanned aerial vehicles are trained in collision avoidance. For example, they spot another UAV or a bird and take an action, such as slowing down, to avoid striking that object.

To make that possible, Rai and his team to trying to integrate physics-based model ,which are simply math-based formulas that can explain the world around us, such as Einstein’s E=MC2 into the algorithms that are primarily guiding machine learning, deep learning and other data-driven AI systems, which overall fundamentally sums up to teaching simpler physics to advanced AI systems.

Based on what Rahul Rai says, the project’s is about creating hybrid systems that can generalize well, which means they will be easily able to adapt into foreign environments where data may not be readily available.

Just to make sure the goal of the project can be grasped easily by the general audience; the project is reflected simply as teaching physics to AI systems.

But the pertinent reason behind such big shot investment by a military agency like DARPA is to use machine learning to assist in gathering intel and eradicate possible enemies in war zones. By teaching machines completely act on its own to identify and then make decisions in neutralizing targets could be the primary aim.

How To Build A Successful Machine Learning Product Like LinkedIn

A Day In The Life Of: French Decision Scientist Who Juggles Predictive Models And Bengaluru’s Traffic Jams Efficiently