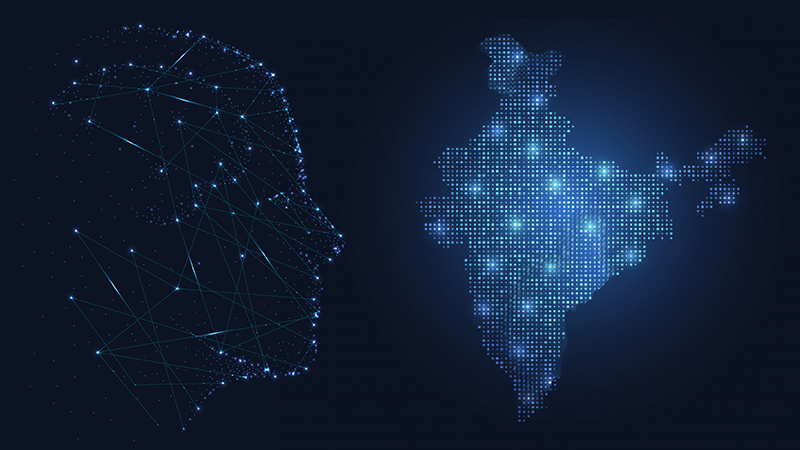 Over the last few years, India has taken significant steps towards adoption of emerging technologies like artificial intelligence (AI) and machine learning(ML), with technology solutions providers, tech leaders, startups and government agencies playing a significant role in shaping the evolution of the technology in the country.

According to a recent study, which observed the country-wide AI readiness in the Asia Pacific, India was ranked third in readiness, with its overall readiness score being 50.2 out of100, while Singapore was ranked the first with 63 points and Hong Kong was at the second with 56.5 points.

What is AI readiness

As straightforward as it might sound,  AI readiness simply does not refer a country’s preparedness in embracing AI, rather, a number of key factors like the ability of its consumers, businesses and government to adopt, deploy and support AI technologies are taken into consideration to better understand the readiness capability of a country in adopting AI.  In other words, AI readiness is not a linear process instead, multiple factors shape the outcome.

“AI adoption is fragmented and uneven across the region. In some cases, governments’ efforts and commitment have yet to be reflected in businesses’ or consumers’ adoption and usage of AI. In others, business and consumers are taking the lead, showing governments the way forward in terms of change and innovation,” Eric Loeb EVP, Global Government Affairs points out in the study.

The study further pointed out that embracing automation in public sectors, launching of new AI initiatives, deploying of AI technologies by the governments were some of the key indicators for AI readiness at the government level.

“In recent years, the government has shown a strong commitment to the digital agenda, with AI-related efforts culminating most recently in a National Strategy for AI. The plan provides over 30 policy recommendations to accelerate the adoption of AI across the value chain, and promote ethics, privacy, and security in AI. More recently, the 2019 budget includes plans to set up a National Centre on Artificial Intelligence, as well as steps to turn 100,000 Indian villages into “digital villages”,” the study states.

What Drives AI Readiness in India

Startups: Along with the role of government in creating a conducive environment for adoption and promotion of the technology, another key element which has turned India into a hotbed for AI innovation are the startups those are promoting the technology.  An estimated 1038 startups are believed to be operational in India with the market bustling with activities like merger, acquisition and even cohort programmes to identifying and mentoring these young startups. Over the last couple of years, even local big names and traditional non-players the Reliance has made known their presence in the analytics and AI market with acquisitions and mergers.

Venture Capital availability: Another major determinant for the growth of AI ecosystem is the growing influence of VCs in promoting and funding these startups. According to a recent report, the VC investment for AI startups grew by almost 72 per cent in the country with a whopping $9.3 million being invested in AI companies just in 2018.

Consumer willingness to embrace AI: India’s large number of youth population has always been a boon for the country. This, in turn, has affected the demand for the latest technology with a substantial number of youngsters being aware of the importance of these emerging technologies.

“India has a large, digitally savvy, and young population increasingly accustomed to using AI-powered devices and applications such as home assistants, robo-advisors, and chatbots.33 On the other hand, poverty and infrastructure limitations keep the digital economy out of the reach of millions of people, hindering their understanding and adoption of transformative digital technologies such as AI,” the study noted.

5 Research Papers on Computational Linguistics For Your Reading List