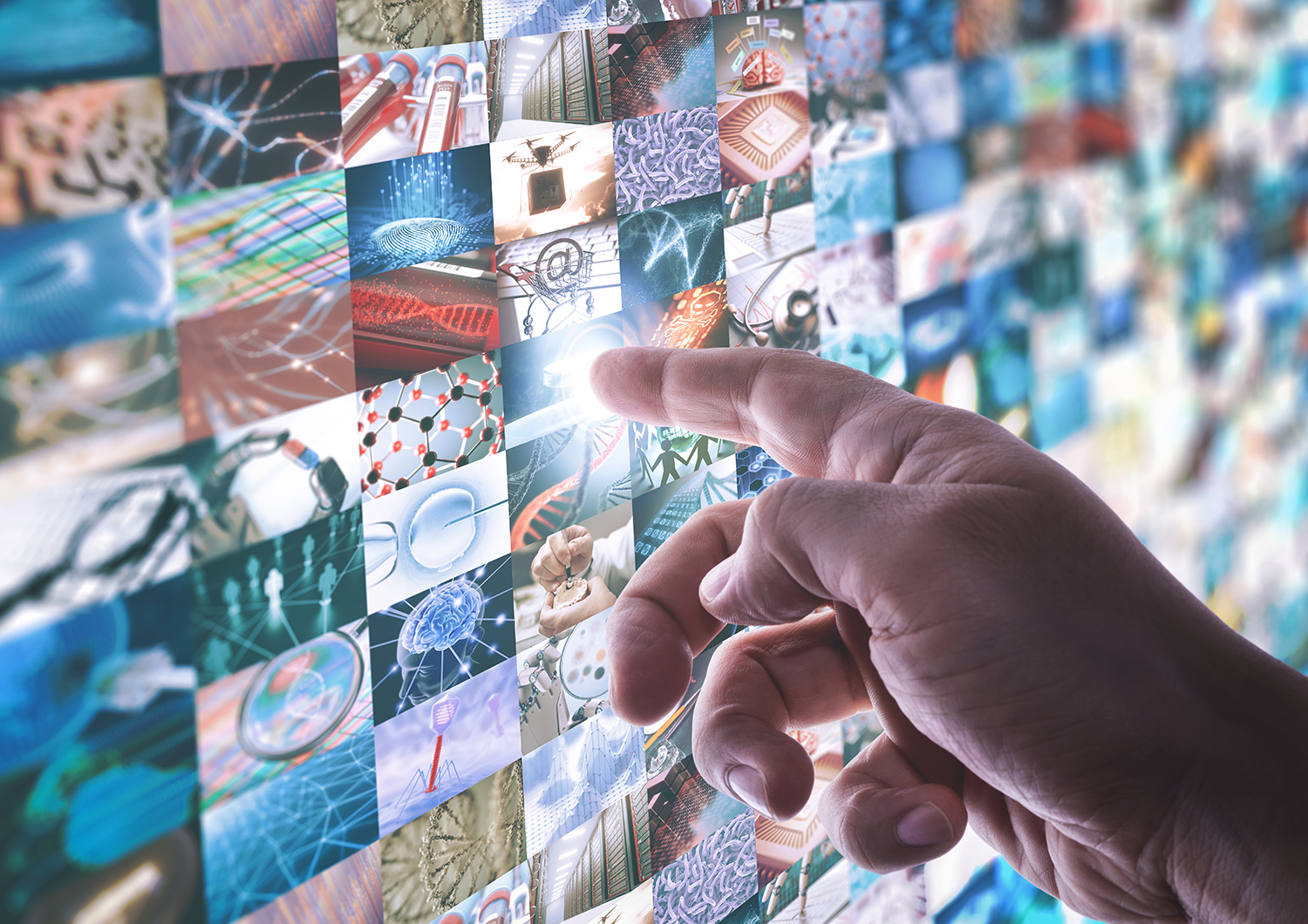 Only until a few years ago, not many would have anticipated how big cloud computing would be by 2019. In this competitive world that combats network issues, avails top-notch services on the internet with better functionality without the trouble of adding any additional cost of infrastructure and software, you need Cloud Computing. Cloud Computing in India has a significant presence over the internet world and is rapidly growing to a fully-fledged environment. Cloud computing facilitates consumers as well as business establishments to utilise applications without installing them and get access to their personal files across the internet.

Though Cloud computing in India is not very old, its impact is creating a beeline for the internet market, so that it can gain more avenues offering better solutions for the industry and become more worthwhile for the Indian SMEs and Enterprises.

The fate of the IT organisation is to be as a type of service broker, coined “hybrid IT,” and forming cloud centres of excellence. In this model, IT can both consume and provide cloud services to the organisation by leveraging cloud-enabled technology. The foremost computing models are Public Cloud, Private Cloud and Hybrid.

A public cloud is a platform similar to the cloud computing model to access the resources, such as virtual machines (VMs), applications or storage, remotely. Public cloud services are free or offered through a variety of subscription or on-demand. It is a type of computing in which a service provider makes resources accessible to the public via the internet. Resources vary by provider but may include storage capabilities, applications or virtual machines. Private cloud, or corporate cloud, is either supplied by a service provider or constructed on-site at an organisation’s data centre. Public clouds are provided by companies like Amazon, Hewlett-Packard, IBM, Google, Microsoft, Rackspace, and Salesforce.com.

The term public cloud arose to differentiate between the standard cloud computing model and private cloud, which is an exclusive cloud computing architecture dedicated to a single organisation and is accessible only by that company. The hybrid cloud is a combination of public and private cloud services, with orchestration between the two. In some cases, this model is attractive because it enables organisations to attain the benefits of the public cloud while maintaining their own private cloud for sensitive, critical or highly regulated data and applications. There is also a fourth option which is a multi-cloud architecture in which an enterprise uses more than one cloud, it refers to the use of multiple public clouds.

The public cloud services spending worldwide is projected to grow 17.5% in 2019 to total $214.3 billion, up from $182.4 billion in 2018, according to Gartner, Inc. The market is forecast to achieve a five-year compound annual growth rate (CAGR) of 22.5% with public cloud services spending reaching $370 billion in 2022, according to the latest update to the International Data Corporation (IDC) Worldwide Semiannual Public Cloud Services Spending Guide

SaaS is the largest service type with a market share reaching $143 billion by 2022 worldwide. The fastest-growing market segment will be cloud system infrastructure services, or infrastructure as a service (IaaS), which is forecast to grow 27.5% in 2019 to reach $38.9 billion, up from $30.5 billion in 2018. The second-highest growth rate of 21.8% will be achieved by platform as a service (PaaS).

IT spending is only 1.6 of India’s GDP for 2018, which is approximately half the global average of 3.0% as per the NASSCOM’s “Next wave of growth in India”. Also, India’s Cloud adoption is currently 6.0%, which is slightly lesser than the global average of 7.9%, but it is almost half the US, UK adoption levels of 11.4%. This trend suggests that the Cloud adoption in India is at a very nascent stage and is having a promising trend to bloom, both in IT spending as well as the adoption of cloud in the near future.

In the upcoming years, IDC believes that cloud platforms and ecosystems will serve as the launchpad for an explosion in the scale and pace of digital innovation. This will result in ‘enormous innovation’ with as many new applications deployed in the cloud as prior generations deployed over the previous decades.”

The public cloud services market in India is projected to grow 38% from 2017 total $1.81 billion to $4.1 billion in 2020. The highest growth will be driven IaaS which is projected to grow at 49.2% in 2017, followed by 33% in software as a service (SaaS) and 32.1% in PaaS. The increase of SaaS and PaaS are indicators that the migration of application and workloads from on-premises data centres to the cloud, as well as the development of cloud-ready and cloud-native applications, are fueling the growth in the cloud space.

India is second only to China as the largest growing cloud services market in Asia Pacific. With a vigorous GDP growth rate of 7.2% in Q3 FY18, and rapidly rising internet penetration, India is poised for booming expansion in this sector. Though India is still overcoming inconsistencies in high-speed internet connectivity, power supply, bandwidth, and optical fibre connections, interest in the cloud is being driven by the increasing need for business innovation and agility, the ability to scale fast in a competitive market, and the government’s thrust towards Digital India.

Indian companies are starting to understand the complexities of the data, and willing to adopt the cloud. In fact, a recent survey by Microsoft India and the Thought Arbitrage Research Institute (TARI) shows that small and medium businesses can improve cash flows by up to 308%, owing to the flexibility provided by cloud solutions, and that 96% of SMBs find a positive impact on their operating expenses within two years of cloud use.

“The shift from ‘cloud-first’ to a ‘cloud-only’ model is pushing organisations in India to increase their spending on public cloud services to advance their digital business initiatives,” said Sid Nag, research vice president at Gartner. Total amount spent by India for 2018 is shown for various industries. The major amount spent on IT, manufacturing and Government industries. In order to utilise and harness the benefits of Cloud Computing, Government of India has embarked upon an ambitious initiative – “GI Cloud” which has been named as “MeghRaj”. The focus of this initiative is to accelerate the delivery of e-services in the country while optimizing ICT spending of the Government. This will ensure optimum utilisation of the infrastructure and speed up the development and deployment of eGov applications. As per IDC, 1 million new jobs will be created in India by the year 2022 due to the adoption of public cloud technology. IT giants like TCS, Infosys, Cognizant are all building solutions and products on clouds. The average salary in India is around Rs 1661K for people with cloud computing skills( as per pay scale India research).

Rapid deployment and reusability: Applications developed by one entity can be made available on the e-Gov AppStore and can be deployed and re-used by other departments as well based on any customisation.

Manageability and maintainability: The public cloud will provide a single directory, with all integrated visibility and control, enabling all activities by users instantly.

Scalability: Applications and infrastructure deployed on the common Public Cloud platform can take advantage of to scale as required. This essentially becomes more useful for applications where there is a surge in demand at regular intervals.

Agility: With continued budget challenges all department needs to find ways to deliver the services as economically as possible without hampering the productivity. Public cloud services help to roll out such services easily.

Cost reduction: The pay-per-use model of pricing helps to make the investment without any wastage and expenses incurred can be converted to operational expenses.

Ease of first time IT solution deployment: Enables users to access easily regardless of their location or device they are using and is easy to deploy using web browsers.

Standardisation: There are many issues faced and dealt by all government departments in order to maintain the reliability, portability, security, privacy, and citizen-confidence and trust in government services. Thus, public Cloud shall prescribe the standards around interoperability, integration, security, data security and portability etc. 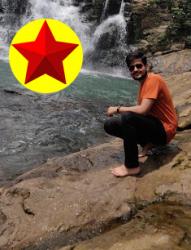 Sriyansh Kumar Jain is a part of the AIM Writers Programme. He works as a Senior Data Consultant with a noted company. He is an epicure, loves travelling and watching films.