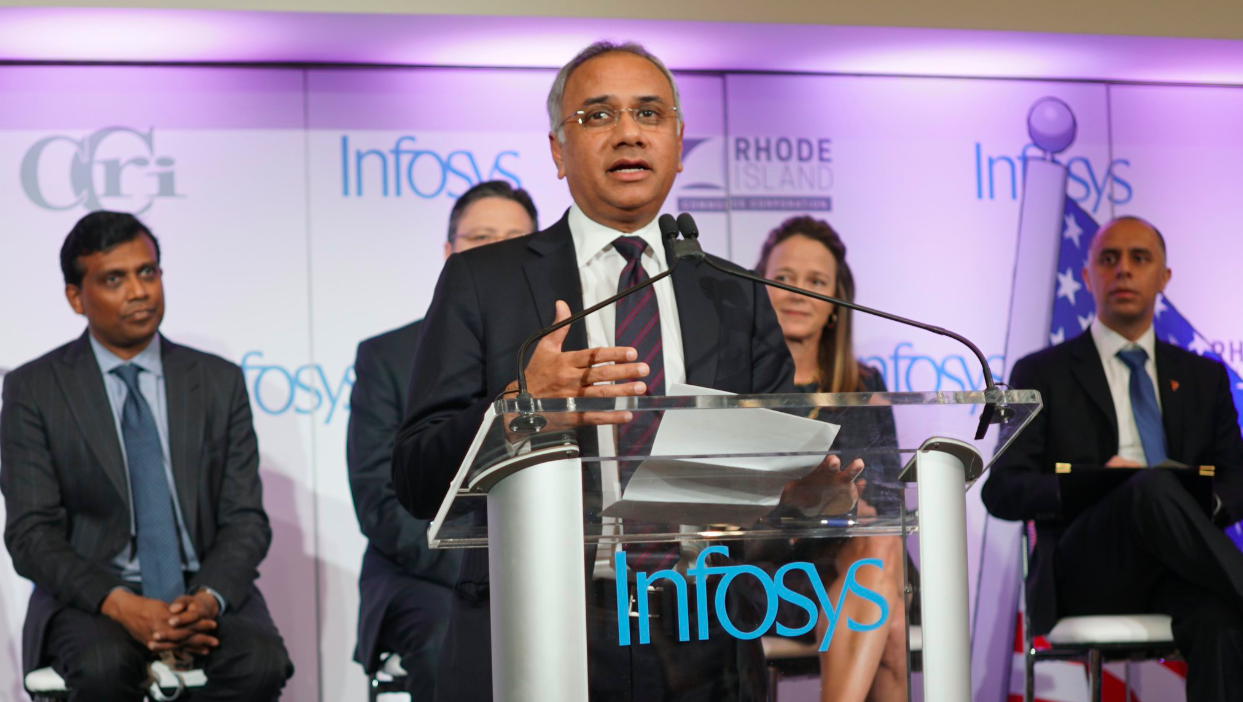 Tech giant Infosys has set a target of achieving $1 billion in revenue from two of its key emerging tech segments — cloud and analytics. According to a news report by a noted financial daily, the senior leaders from Infosys discussed these targets during their strategy and action-planning meeting in Goa this week.

Senior members from Infosys, who wish to remain anonymous, reportedly said that this move was a part of the company’s internal targets set by its chief executive Salil Parekh last year.

The report also said that the Bengaluru-headquartered company had earned 31 percent of its total revenue from “digital businesses” last quarter (Oct-Dec ’18). Cloud and Analytics are two of the three segments that form the Digital Business for Infosys. The company declined to name what their third digital business was and refused to comment on its target revenue.

“This is a smaller session [in Goa]. This is just senior leadership… One of the things on the agenda is keeping track of digital growth. After Parekh joined, he had specified that three sub-segments in the digital business would be grown to $1 billion in revenue each over the next few years,” a leader told the newspaper.