Inside the origin story of Pune-based Unbox Robotics 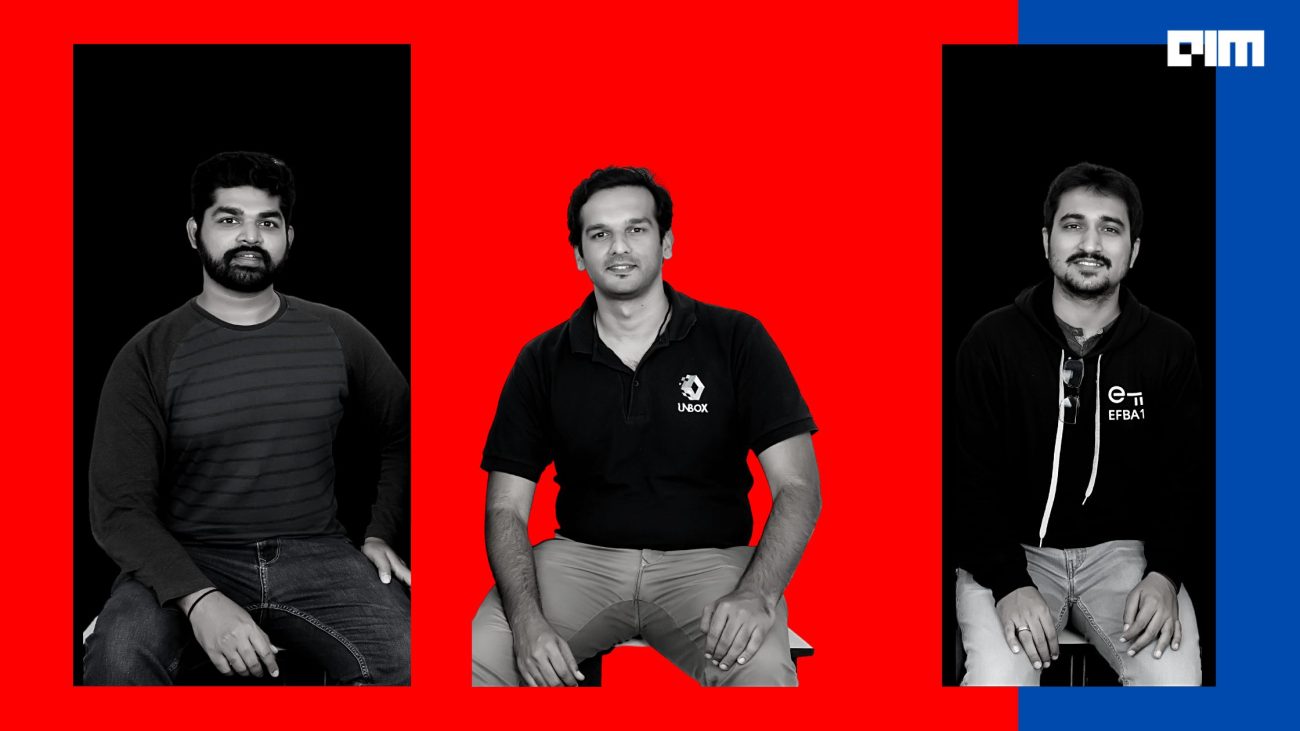 Founded in 2019 by CEO Pramod Ghadge and CTO Shahid Memon, Unbox Robotics is helping warehouses and fulfilment centres of e-commerce companies automate logistics themselves. The company offers compact AI-powered sorting systems for packages. Unbox Robotics claims that their vertical sorting systems save space between 50 to 70 per cent.

Last year in December, the Pune-based startup raised USD 7 million in a Series A funding round led by 3one4 Capital, Sixth Sense Ventures and Redstart Labs. In a statement released during the funding, the company said it intended to use the funds to expand to other regions, invest in R&D and grow its team capacity. In total, the robotics startup has raised USD 9 million until now.

AIM: What were the factors that you were considering when choosing the tech stack for Unbox Robotics?

Shahid: Choosing a tech stack is firstly a very complicated process for us because we are a complex systems company – we have both software and hardware stacks. We have a code on the server, we have a code on the cloud, and we have a code for the small device on the robot. In the first phase, we made decisions mainly based on speed. It all depended on how quickly we could manage those resources and make something out of them. Until then, it was all about how quickly we could make something to prove our system and then determine if it is scalable. Now that we are in the beta phase, we are looking at scalability mainly. Within the next four to six months, we will be transitioning to a new tech stack, which will be compliant with our security needs and our scalability requirements. We intend to use the latest tech in the market with the upgraded tech stack.

Initially, the tech stack that we were using was very basic compared to the latest architecture. Now, I am considering other factors when deciding on the new tech stack, like reliability and efficiency. We want to reach a point where our computing is more efficient while making it more affordable. Eventually, this will benefit us when we add more features on demand. Currently, making any small changes is also difficult since the architecture is very monolithic. So, the transition will bring in some flexibility as well.

AIM: Why and how do you plan to shift to a different tech stack?

We have our core system and system control written in C/C++ and Python. We use the MERN stack for our client connectors and analytics.

Shahid: Currently, we have a hybrid architecture. We have two softwares running on our robots. One is for the peripherals, and one is for the robot master control. I have a code running on my equipment system. Then, there are a bunch of codes in the feeding system also. Each of these parts also has to eventually communicate with other parts and make sense to each other. In our server, there are two types of stacks – one is business logic, and the other is tank. Tank is all about robot control and equipment control, while business logic is concerned with scanning through and making sense of the customer data. During the sorting process, it gives answers to questions like how many parcels were sorted, which robots were sorting – which are some of the analytics we need to go back to our clients with.

Business logic is not standardised; it is very model-based and varies from client to client. Different clients have different needs, meaning one may want to sort to be done in a certain way; each has data that looks different and APIs that look very different for each client and want their dashboards to have specific types of features. We need to report back to the customer with the numbers that they need.

The architectures for these two also look very different, which is why we have two different approaches at work – event-driven and microservices. We are calling the transitioning plan Event Phoenix and hope to launch the first phase within the next four to five weeks, starting now. Even with the current architecture, we will move to a state-based robot system where every state is individually managed, which will help us with making our robot more scalable.

AIM: How will you prepare the company for the transition?

Shahid: We have already started preparing ourselves for the change and have onboarded a few consultants largely from the DevOps background and from software architecture, and are continuously working with them to understand the impact and protect ourselves against any hiccups that might arise during the transition. While we are completely revamping, we want to ensure that whatever we build will be in compliance with the systems we have already installed in the products that have been sent to the customers so that they just need to upgrade. So when Phoenix comes in, and we are ready to deploy, we hope we will be able to update all the systems and not just the new ones.

AIM: How important is the right talent force? What are your future plans for hiring?

Pramod: The right talent should be considered the biggest asset a company can have. With rapidly changing markets and technologies, you would need the right set of motivated people who constantly adapt to changing environments to support the organisation in its business growth.

Shahid: Unbox Robotics has always cared more about the hands-on work that a candidate has done and their analytical capabilities rather than looking for a specific degree or qualification. We are judging if a candidate possesses critical thinking and a drive to work in a growing startup where we still have a limited number of people instead of dedicated teams assigned for different jobs. Sometimes, when we hire somebody to work on the fleet, it is important for us to have people with a background in it. For instance, if we have a person working on a core project, say, an algorithm, they must have in-depth knowledge of it. But if we need someone to implement a technology, having an excellent programmer is usually enough.

Besides, we are actively hiring from DevOps, C++, Python, and databases for all kinds of different things. Currently, we are a team of six people in software development, but that number will hopefully grow to between 20 and 25 people soon. The idea is that eventually, this group of people will be able to handle everything.

AIM: Do you have a vision for what you want your tech stack to look like?

Shahid: Like I mentioned, we have already created an architecture for what we want Project Phoenix to look like. Because our system is complex and it is new, there are very few past examples which we can fall back upon as nobody else is doing it or has done it before. It takes us a long time to close a customer, starting from trying to understand what works for them to then coordinating with their senior management. The entire process takes around six to seven months.

On the side, we are trying to build a web tool where a person, either from our team or a customer, can log in and determine which model would work best for them and try to understand how the model works via tutorials and videos. We realised that having a customer engagement tool is very important for our sales team as well as our clients. Once clients become well-acquainted with the tool, they can continue to use it and design the model that they need.

AIM: Do you have any advice for upcoming startups?

Shahid: The robots that we built have been made with a very specific need in mind. Trust your team, trust yourself and start engineering the product. If you think your product works, just have conviction in it and go ahead and build it. For your hardware and software to work together, it is an advantage when the tech is in-house because you have greater control over it. We don’t have many hardware startups in the country presently; that is definitely something we can have more of.

Don’t get carried away with trying to build a perfect solution in the beginning. The product may have ten features, among which two may not be all that important. It was important for us to prioritise the core features of the product right in the beginning because time is of the essence then. As you scale, eventually, once the teething period is done and over with, the other features will become important.