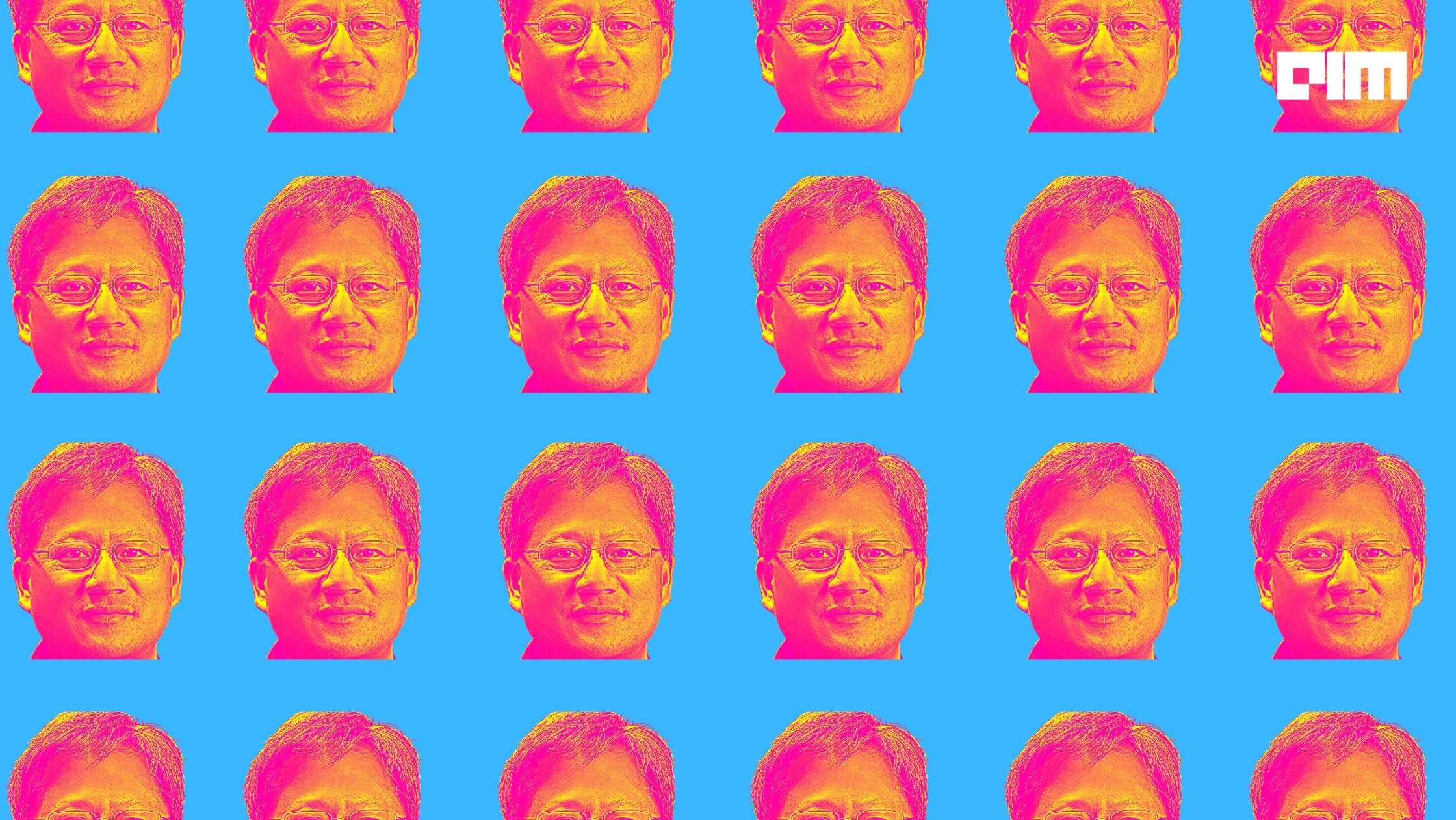 The timing could not have been perfect for graphics chip giant NVIDIA. At the GTC Spring 2021, the CEO Jensen Huang unveiled a new processor called Grace, named after computer scientist Grace Hopper. The new CPU chip is designed to accelerate high performing computing (HPC) and artificial intelligence (AI) workloads at data centres.

NVIDIA has thrown down the gauntlet to a posse of chipmakers, including Intel, AMD, Samsung Electronics and IBM, with its latest move. Interestingly, NVIDIA has leveraged Arm’s open-source architecture to design Grace.

“The ARM core in Grace is a next-generation off-the-shelf IP for servers,” said Huang, stating that its CPU is capable of a SPECint rate of 2,400 on an eight GPU Nvidia-DGX server system, compared to the existing CPU’s SPECint rate, which is about 450. SPECint rate is a benchmark to measure a CPU’s integer processing power.

NVIDIA claimed Grace would deliver up to 30X higher aggregate bandwidth than today’s fastest servers and up to 10X higher performance for applications running terabytes of data. Also, its new CPU is designed to enable scientists and researchers to train the world’s largest models to solve the most complex problems

NVIDIA has also announced the Swiss national supercomputing centre. The company is planning to build a supercomputer powered by Grace and their next-generation GPU. The new supercomputer, ALPS, will be 20 X Exaflops for AI and ten times faster than the world’s fastest supercomputer today. ALPS will be capable of doing the whole earth scale weather and climate simulation, quantum chemistry, and quantum physics for the Large Hadron Collider. ALPS, built by HP Enterprise, will go operational in 2023.

The announcement came when Arm launched its ninth generation processor architecture or Armv9 after a decade, which is expected to catalyse the move from general-purpose to more specialised computing across applications in the areas of AI, the internet of things (IoT) and 5G. Experts believe the latest architectural update might also be the end of CPUs as we know them.

“The NVIDIA architecture and platforms will support x86 and Arm, whatever customers and markets prefer. Three chips, yearly leaps, one architecture,” said Huang, revealing the product roadmap. For other markets like cloud and enterprise, edge data centres, supercomputing and PCs, NVIDIA looks to scale Arm’s adoption across applications and use cases.

Accordingly, NVIDIA is collaborating with AWS to launch Graviton 2 to manage the most demanding cloud workloads. The chip giant has also announced a partnership with Ampere Computing to create a scientific and cloud computing SDK and reference system.

As per a WSJ report, the Nvidia-Arm deal could run into more resistance from competitors.

Last year, NVIDIA announced to acquire Arm Limited for $40 billion, but it came to a halt after British and European competition commissions intervened. If the deal goes through, NVIDIA could become the next US tech monopoly, like Google and Facebook.

With the controversial Nvidia-Arm deal in limbo, tech experts believe the move could be a stop-gap measure. NVIDIA breaking into the server CPU market and the launch of Armv9 last month might as well be the beginning of something big.