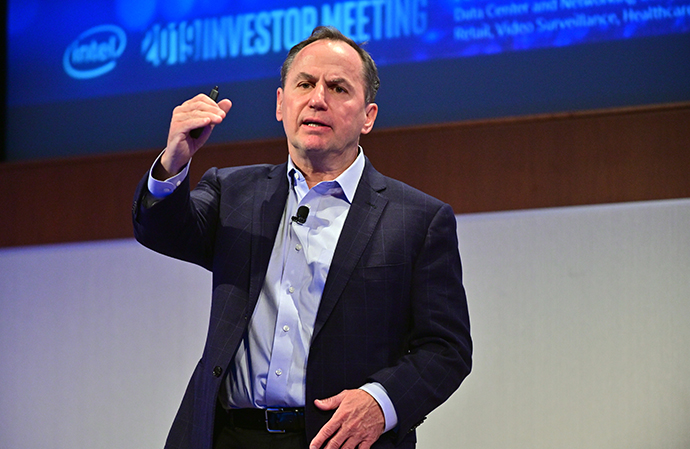 “Today we’re announcing our transition to Apple silicon, making this a historic day for the Mac,” said  Apple’s CEO Tim Cook, at last year’s WWDC event announcing their breakup with Intel. Soon it became evident, the once top dog Intel, is now struggling to survive in the dog eat dog chip industry. According to reports, Intel has fallen behind TSMC and Samsung in the race to chips supremacy. TSMC makes chips for Intel competitors, including Nvidia and AMD.

Earlier this month, Intel announced Pat Gelsinger (VMWare CEO) as the replacement of outgoing CEO Bob Swan. Intel’s major restructuring comes at a time when the demand for chips is at an all time high.

This rise in demand also coincides with the success of AI based applications on the edge. And, when it comes to hardware for AI, NVIDIA and Intel are leading the pack. The integrated solutions of these chip makers power data centres, work stations, edge devices and many more. In spite of Intel’s dominant market share in the data center markets, the stakeholders feel threatened by chip makers who are upstaging Intel on both design and manufacturing fronts.

Factors That Have Contributed To Intel’s Drop From The Top

“Samsung, TSMC and Intel are few of the top foundries that have the capacity to accommodate all the electronics in the world.”

Intel’s drop has been years in the making and the year 2020 just captioned the obvious. Last year, Intel rebranded itself by launching a brand new series of processors named, Tiger Lake. Leveraging Intel’s new SuperFin process technology, the 11th Gen Intel Core processors optimise power efficiency with leading performance and responsiveness while running at significantly higher frequencies versus prior generations.

Last year, AMD, which has been competing with Intel Corp for over a decade now, made huge inroads into Intel’s stronghold — lucrative data center markets. Intel chips power the majority of the data centres across the world. But, recently Google announced it would be leveraging AMD for its data centers. AMD’s next gen server chip, called EPYC, uses cutting-edge technology (from its contract manufacturers) for better performance while consuming less power. Meanwhile, all chip makers are buckling up for a tough ride as data centers started to dish out their own custom made chips; AWS recently revealed its Trainium and Inferential chips to the world

For Intel, the year 2020 was a roller coaster ride. The company saw more lows than highs. If  Apple delivered the much dreaded news to the company, its rivals— NVIDIA and AMD chipped in with more bad news with mega acquisitions and advancements in technology. Intel’s woes didn’t end there. Last year, rockstar chip architect Jim Keller, who was hired to put Intel on top again, resigned after a brief stint at the company; this is Keller’s shortest tenure compared to his time at Apple and Tesla. Then there was Chief Engineer Venkata Murthy Renduchintala, who promised in 2019, that the Intel’s next gen 7nm chips were on track to start production in 2021. That didn’t happen. Intel parted ways with Renduchintala as part of a technical team shake up.  Constant engineering hiccups and internal debates of whether Intel needs to outsource manufacturing further delayed the arrival of next gen CPUs.

The top brass of the company moving in and out also signals Intel’s leadership vulnerabilities. Current chief Bob Swan who will be replaced soon, was also only appointed a couple of years ago. Swan was tasked with restructuring the company to adjust to the disrupting technologies like AI and cloud. However, Swan’s strategies did not seem to have impressed the stakeholders who urged Intel to do whatever it takes to regain the edge in the semiconductor industry. Intel announced that Swan will be replaced by Intel’s former CTO Pat Gelsinger. But, this wasn’t the only significant decision by the company. Intel, after months of dousing speculations, has finally decided to team up with TSMC, the Taiwenese chip maker, whose clients include Intel’s rivals AMD, Nvidia and more. Making chips is a capital intensive process. Even the current industry leaders NVIDIA and AMD outsource their fab jobs to chipmakers like TSMC.

“Over the last two years, we made significant progress on our strategy to transform Intel into a multi-architecture XPU company, to move from silicon to solutions, and to contemporize our IDM model,” said Bob Swan in a recent executive statement.

Intel has posted profits consistently, but Intel’s presence at the high table is now endangered by the likes of NVIDIA and AMD. Samsung has recently announced plans to go big with 3nm chips soon. Intel stakeholders were cautious that this can snowball and cost them heavy. In a letter to Intel’s Chairman Omar Ishrak,  Third Point Chief Executive Daniel Loeb said Intel’s woes could threaten the US tech industry and urged the chip maker to consider alternatives, including selling some of its acquisitions and splitting its design and manufacturing operations—a move that would end Intel’s long-held status as America’s leading integrated semiconductor maker.

In 2019, at the Intel Capital Summit, CEO, Bob Swan stressed on Intel Capital’s role in the company’s data-centric transformation. In 2020, Intel went on a shopping spree. After a $900 million acquisition of Moovit in May, Intel Capital spent $132 million exclusively for startups. A closer look at what few of these startups do speaks volumes about Intel’s strategy going forward:

At a recent executive level meeting, Swan revealed that Intel is anticipating approximately $12 billion in proceeds from the NAND and McAfee exits over time. He also stressed that the company has been delivering substantial capital returns to shareholders —  $19.8 billion in 2020 alone through dividends and share buybacks. The acquisitions made by Intel during Swan’s tenure will serve as a great foundation for the incoming CEO.

Gelsinger brings much-needed optimism to Intel. He will have a tough road ahead with Nvidia and AMD looming large around the corner. He has already spent 30 years at Intel, becoming the company’s first CTO. He played a major role in the launch of Intel’s flagship Core and Xeon products. Going forward, Gelsinger has a mountainous task of striking off a balance between Intel’s design and manufacturing ambitions while trying to recapture most of its lost territory in the US.

Top PyTorch-Based Projects To Try Out In 2021

No End In Sight For NVIDIA-Arm Deal