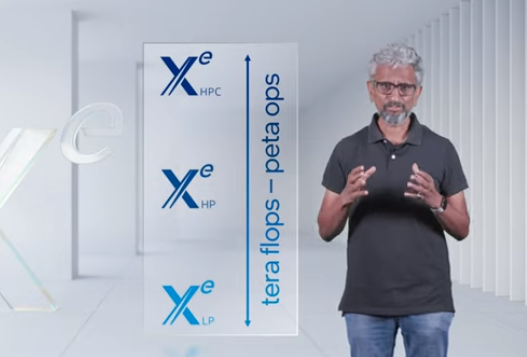 Chipmaker Intel unveiled its first discrete GPU for data centres. Named Intel Server GPU, it is designed to power Android-based cloud gaming and media streaming segments. A low-power chip, Intel Server GPU will be used in the new PCIe graphics card which can be placed inside the servers. Interestingly, Raja Koduri, Intel Senior Vice President had released a teaser picture of a ‘mysterious GPU’ on his Twitter account in May, leading many to believe a future announcement related to GPU aimed at the data centre.

The graphics card market has been largely dominated by AMD and Nvidia. However, with the new launch, Intel has made inroads. Notably, Intel already has launched Iris Xe Max, a discrete GPU for laptops.

During the announcement of Intel Server GPU, the company spokesperson also said that they would be releasing Intel oneAPI toolkit, to include vector-matrix-spatial architectures in developer experience, in December, along with new capabilities in the software stack as part of the company’s combined hardware and software design approach.

With the inclusion of Intel Server GPU, Intel aims at expanding its existing suite of platform innovations for improved gaming and media experiences. It is based on the Xe-LP microarchitecture, arguably the most energy-efficient graphics architecture from Intel. When used along with Intel Xeon Scalable processors and open-sourced licensed software, Intel Server GPU offers high-density, low-cost solutions for Android cloud gaming and video streaming. Further, with this arrangement, service providers can scale the graphics separately from server count that supports the number of streams and subscribers per system.

Intel is currently working on bringing various service partners including Gamestream, Tencent Games, and Ubitus for a market release.

Intel has also introduced an enterprise-grade graphics card XG310, built specifically for the purpose of cloud streaming. It can accommodate four Intel Server GPUs, with each having a base clock speed of 0.9GHz and a boost clock speed of 1.1 GHz. It can run on low power costs, even less than counterpart Nvidia RTX 3080 card, which helps clients consolidate their server into smaller footprints.

The oneAPI industry initiative was first introduced at the SuperComputing 2019 event. It allows for a simplified cross-architecture programming model that performs without proprietary lock-in and enables the integration of legacy code. It eliminates the need for rewriting the software for the subsequent architecture and platform.

Intel oneAPI toolkits use hardware capabilities and instructions such as Intel AVX-512 and Intel DL Boost on CPUS, along with XPU features. With the latest announcement for the gold release of Intel oneAPI toolkit, it will now be made freely available locally and on the Intel DevCloud and other commercial versions.

Along with the endorsement from industry giants such as Microsoft Azure and TensorFlow, the University of Illinois Beckmann has already established a new oneAPI centre of excellence (CoE) for life sciences applications in additional computing environments. There are oneAPI CoEs in other universities such as the University of Stockholm and Heidelberg.

Intel has also announced Intel Implicit SPMD Program Compiler (ISPC) that runs on top of oneAPI Level Zero. ISPC is the overall hardware abstraction layer that promises to provide a low-level and direct-to-metal interface for devices in the oneAPI platform. ISPC is basically a variant of the C programming language.

Notably, Intel, recently also introduced Project Flipfast for improved Linux gaming experience by allowing the end-users to run graphical applications in virtual machines without hampering native GPU performance and ensuring full host integration with no sharing between the virtual machine and the host. The advantage of Project Flipfast is that it increases gaming performance drastically.