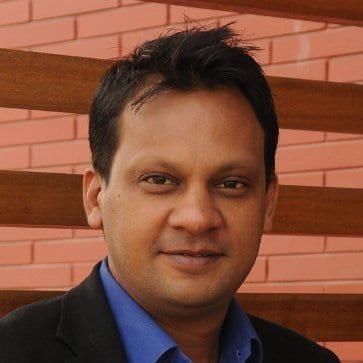 In 2008 Pankaj launched Chrome Track, the only ‘Television Distribution Monitoring System’ in India which allows broadcasters and agencies to gauge ground realities by giving them access to the placements of 500+ channels.

In an interview with Analytics India Magazine, Pankaj talks about how he utilizes analytics to derive value for his clients.

[dropcap style=”1″ size=”2″]AIM[/dropcap]Analytics India Magazine: What according to you are currently the most important and specific BI needs of media industry in India?

[dropcap style=”1″ size=”2″]PK[/dropcap]Pankaj Krishna: During my stint as a broadcaster, I saw and experienced the tug-of-wars between the Distribution and Marketing verticals of a Channel, and never found an external –

unbiased ‘audit’ company to validate the stance being taken by either. Moreover I am a firm believer of the fact that advertisers and media buyers need to check ground realities of the entire universe being influenced by the Broadcasting Industry before placing their bets on any one particular channel.

Verdicts based on carefully selected samples can be used as a barometer to gauge performance at a broad level. However, intelligent and in-depth study is much required to facilitate strategic decision-making. What channels, and advertisers leveraging the mileage earned by channels through distribution needed, was an – unbiased report which stated facts about each element of the target markets.

Chrome Data Analytics & Media was therefore set up to precisely monitor and report this.

AIM: Please brief us about some business solutions you provide to your customers and how do they derive value out of it.

PK: Chrome is actually a one stop solution for a complete Distribution Strategy – Our calibre is spread across various verticals of the media industry, which allows us to provide our partners with a 360 degree perspective on the industry, identifying areas for improvement, and getting them to the next level.

Chrome today is the ONLY agency in India to have put together a comprehensive ‘Television Distribution Monitoring System’ which allows broadcasters and agencies to gauge ground realities by giving them access to the placements of 500+ channels across head-ends in 1000+ cities, which in-turn enables them to better manage their distribution/ad spends and placements across key markets.

Chrome’s flagship product Chrome Track enables broadcasters to view their and their competitive sets’ exact distribution status across all key markets at a click of a button. Also as mentioned earlier, unlike any other television monitoring service in the country today, Chrome Track provides access to data at both the head-end and household level, thereby:

Chrome today is the currency in the Broadcast space with its flagship product Chrome Track. Besides Chrome Track, Chrome has successfully launched multiple and many more firsts in the Industry namely Chrome LC1&Chrome NE and proprietary tools like Chrome DPi & Chrome Dii which have further strengthened our numero uno position .

AIM: What according to you is Chrome’s biggest USP that differentiates Chrome from other players in this space?

PK: Actually it will be difficult to point out the 1 single USP of Chrome as a lot of what we do is either a first in the Industry or is Proprietary. I would say we have a host of differentiators that make us the currency within the Industry;

For one, Chrome Track our flagship product provides to a broadcaster, access to data at both the head-end and household level, thereby:

Then Chrome’s proprietary tools DPi & Dii are major USPs for us :

As regards newer plans, we have already firmed up an advanced technology to audit Content  – another first from the bastion of Chrome.

AIM: Data collection process is still in a very nascent stage in the media industry. How do you see this evolving in the near future?

PK: Data collection in the Media Industry started with the diary method ; even Chrome began with tele-callers contacting respondents at a specified time – but there always was a lurking challenge of human influence. To address the biased/ incorrect reporting mechanism, Chrome set up 1+3 panel home strategy clubbed with technology to collect data.

At Chrome, as on date we have an Employee / Associate in every MAJOR CITY in India, with 1 Panel Home and an average of 3 Parallel Homes to each reported Head-end. To ensure a 100 % Data Accuracy, at the Panel and Parallel homes, a television converter/set-top box, (that transposes any of the available channels from a cable television service to an analogue RF signal on a single channel,) is used to identify the frequency at the Panel Home. The same is married to a Picture matching equipment which identifies channel logos and gets inserted into the software to ensure 100% accuracy. A parallel Home technique, to monitor the transmission quality of individual channels across head-ends is followed. This enables Chrome to also map broadcast quality – both audio & video for every single channel being transmitted.

So I would say that we have succeeded in raising the bar on the data collection mechanism in the media industry.

AIM: Where do you see the bulk of your business coming from?

PK: Our clientele is a finite set of Broadcasters and Media Agencies and we already have 91% of the broadcasters subscribing to our services while almost 100% have commissioned at least one or the other service of Chrome at some point in time since the last 4 years of our inception.

AIM: What are the most significant challenges you face being in the forefront of analytics space?

PK: Constantly reinvent in this ever changing dynamic environment – we started with our flagship product Chrome Track which was a mapping/placement report. As we moved along we realized that Distribution strategy was a big challenge for broadcasters not because they were not adept at making strategies in-house but because they did not have access to the huge data mine that Chrome had.

Adding our analytics to the data, we launched Chrome DPi providing an addressable approach to distribution. Similarly, the need for bench marking carriage fee spends pushed us to launch Chrome Dii. Again with the shift from analog to digital we are developing products to suit the DAS market. Chrome SES, DRR, Chrome Screen Grabs are all results of Chrome re-inventing ourselves as we move along.

Pankaj has 13 years experience in the media space and brings with him a rare combination of knowledge and skills that span across brand management, advertising sales, distribution, media buying, research, events and on-air presentation and strategy.

Pankaj was last heading 2 channels for UTV – UTV Movies and World Movies. Prior to that he was with Living Media, where he was responsible for marketing the India Today brand. He has also worked with National Geographic Channel, where he began his stint on the distribution side of the business and later as brand manager, he was responsible for conceptualizing and driving all the marketing and related initiatives.[/spoiler]