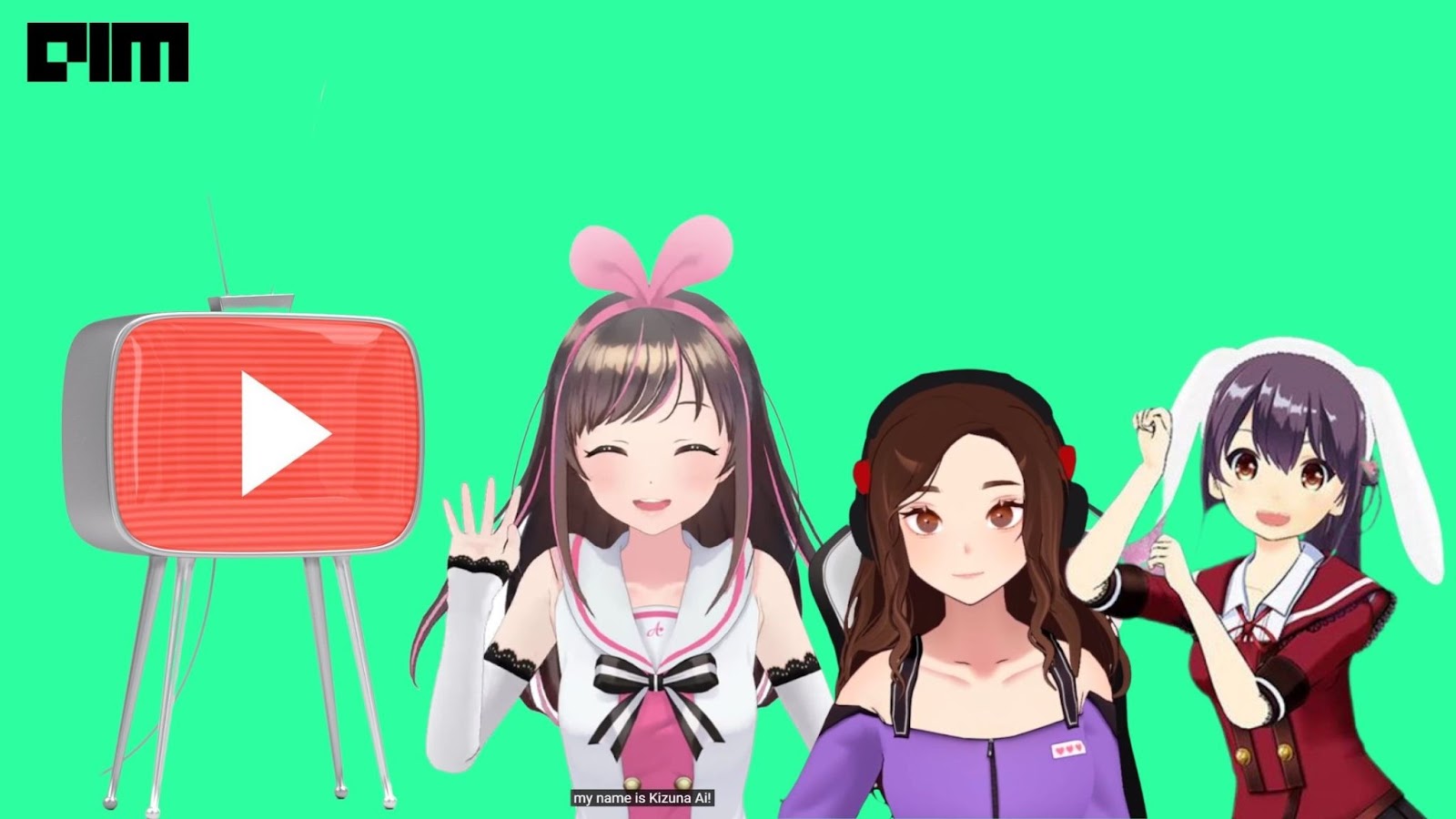 “You are picking a fight with me? You’ve got the guts; you’re talking about a fight with a super AI here,” Kizuna AI joked with a ‘human’ in a YouTube video. Kizuna AI is a ‘Virtual YouTuber’ with more than two million subscribers  and a verified Twitter account.

While an actor provides her voice, her movements and reactions are computer-generated, with her comments spoken by the performer in real-time. While her name puns on ai, the Japanese word for ‘love’, it also stands for artificial intelligence.

Kizuna AI was the first VTuber when it burst onto the scene in 2016. Kizuna AI has become a transmedia phenomenon, with the AI character interacting in both real and virtual settings. Kizuna has graced talk shows, modelled for fashion brands and served as a cultural ambassador for the Japan tourist board.

Watch a video of her bantering with live hosts on a Downtown DX show.

She has performed two live concerts on YouTube, TikTok, Bilibili, and VR platform Oculus Venues. For her birthday celebration, she jammed with a live human band at Tokyo’s Zepp Haneda music hall for the first time, with front row tickets costing $150. She was also featured in PewDiePie’s channel. The Kizuna AI aims to create a world similar to Ready Player One, the novel set in a virtual dimension.

The VTube phenomenon took off globally post COVID-19 pandemic. In 2020, YouTube financial stats aggregator, Playboard, reported that Japanese VTubers were seven out of the world’s top ten Super Chat earners. Super Chat enables users to have their comments pinned on the top during live streaming. VTuber Kiryu Coco drew more than $100,000 in a single week, leading to $800,000. According to YouTube’s Culture and Trends report, VTubers’ views grew to more than 1.5 billion per month by the end of 2020.

AI avatars are human-like bots created by AI-powered technology. Digital avatars have a humanoid appearance and communicate with people with the help of NLP algorithms. NLP algorithms, image recognition tools, VR/AR, and 3D animation technologies go into the makings of an AI avatar. A digital avatar learns through its experience with users and the algorithms and rules programmed by its developers.

There are dozens of commercial programs for VTubers to build an avatar. Some programs use motion-capture technology to track their movements and facial expressions and adjust the avatar accordingly.

In addition to changing their appearance, some VTubers also obfuscate their true voices by using voice changers. Usually, a real person gives voice to the avatar. According to Markus Gross, VP of research at Disney, “General chit-chat conversations are still a significant challenge for most chatbot systems currently available. It is impossible for them to pass, for instance, the Turing test.”  Since many of these VTubers create music, voice changers also serve as autotune for the songs they release under their VTuber name.

According to Alethea CEO Arif Khan, the value proposition of these AI-generated avatars is their expression and emotions, where they look like real humans but, in reality, are characters who will do or say as trained.

Uncanny valley posits that it is unsettling when humanoid objects, like robots and AI models, appear and act almost like humans. Jaime Banks, an associate professor at Texas Tech University, said this feeling of strange familiarity occurs when something is human but not quite human.

Justin Ignacio, the co-founder of US-based VTuber talent agency VShojo, chalked up the explosion of anime VTubing to the evolution of technology enabling a strong suspension of disbelief to make people feel like the anime characters as sentient beings. The appeal of VTubers is an extension of Japanese ‘moe’ (in pop culture parlance), an attraction to physical beings that exist beyond the bounds of reality.

Register For This Webinar: Do You Think You Can Analytics?