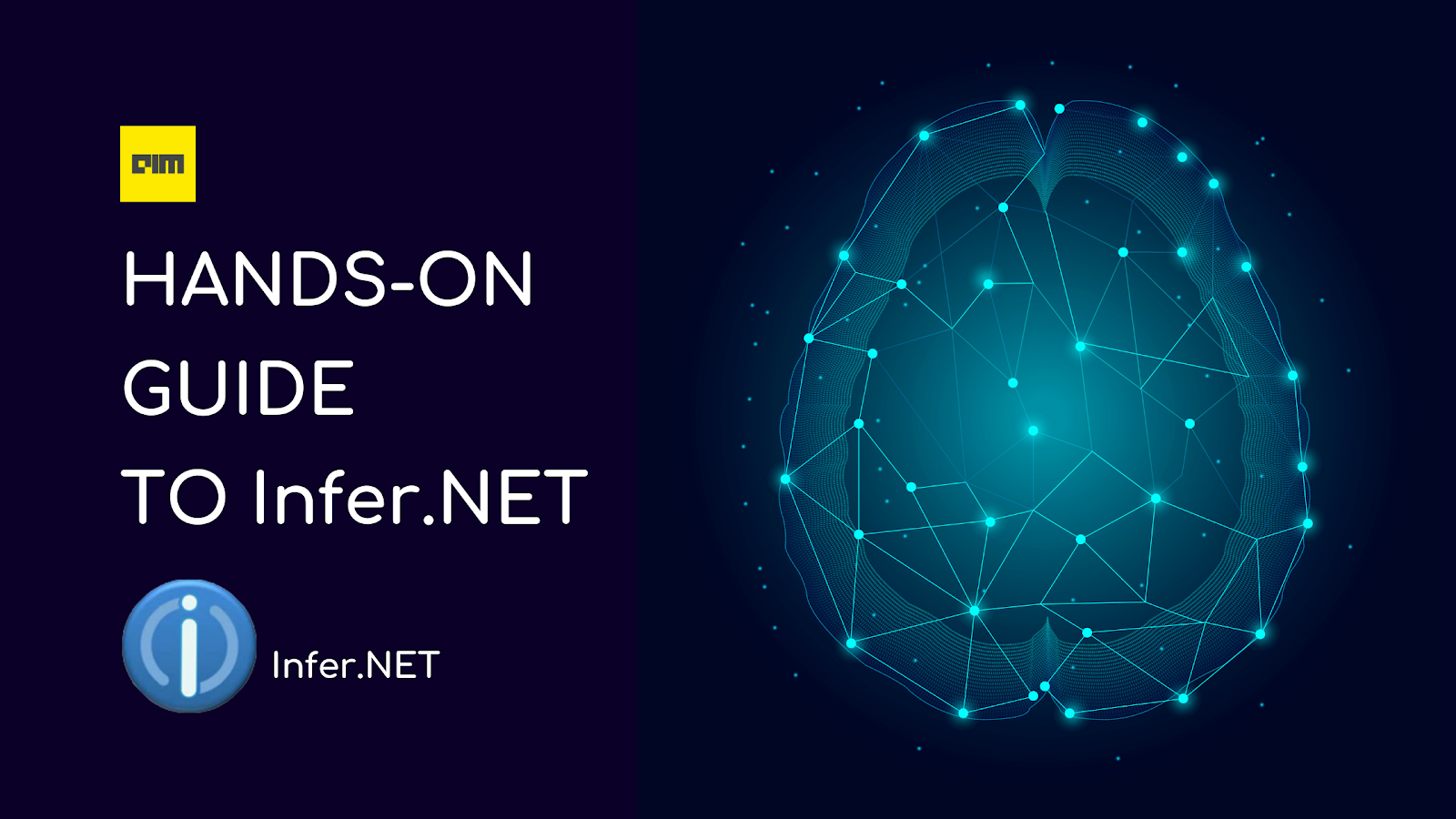 Microsoft Research and .NET Foundation developed Infer.NET. It is also a part of ML.NET machine learning framework. (Read this article if you are unfamiliar with ML.NET).

Originally written in C# language, the development of Infer.NET began Cambridge, UK in 2004. It was initially released for academic purposes in 2008 and then was open-sourced in 2018.

Infer.NET is used internally at Microsoft as the machine learning engine in some of its products such as Office, Azure, and Xbox. It is already in use in several projects related to social networking, healthcare, computational biology, web search, machine vision, etc. It enables the creation and handling of complex models in these projects with just a few lines of code.

Before moving on to the details of Infer.NET, let us first understand some of the underlying concepts.

Probabilistic programming is a programming paradigm in which statistical models are specified for which inference occurs automatically. Try to understand it through a lucid example given below.

Suppose, a programmer scribbles a word on a touch screen. He may be certain that he wanted to write the word “bull”, but the application may remain in ambiguity about whether the scribbled hand-writing meant “hull” or “bull”. Probabilistic programming resolves such uncertainty. Wondering how? Read further to know!

Conventional variables in programming such as a bool or an int variable need some well-defined value. On the contrary, probabilistic programming approach uses the concept of random variables. They are nothing but the extensions of standard data types and can represent uncertain values. Each random variable represents a set or range of possible values. It also has an associated distribution which assigns a probability to each of the possible values.

Click here to read about probabilistic programming in detail.

Bayes inference is a methodology which forms the basis of a probabilistic programming paradigm. It enables reasoning backwards from observation to its origin – say, from scribble to the possible words and their probabilities based on a probabilistic model. It also includes a robust way of assessing the models’ quality (termed as ‘evidence’) which one can use to choose the best model.

Microsoft’s Infer.NET framework can be used from any .NET language, including C++, C#, F#, Visual Basic and IronPython.

It significantly simplifies the process of implementing probabilistic programming by providing:

The goal of Infer.NET is to allow Machine Learning algorithms to be created in hours instead of several days or weeks. This is a challenging task since the framework needs to cope with a huge variety of real-world problems and fast enough to cope with today’s internet-scale datasets. The flexibility in Infer.NET comes from a rich modelling language that allows complex customized models to be designed and quickly tested.

The steps followed in sequence for the entire process summarized in the above diagram are as follows:

Here is an example of performing gender prediction task using Infer.NET. We have used Bayes Point Machine, a probabilistic model designed for classification.

Suppose, we have the data of 1000 people in terms of height and weight of each person. The task is to predict the gender of an individual based on his height and weight information. For instance, if his height is said 160cm and he weighs 65kg, what is the probability of his being a male?

Click here to know about the probabilistic model Bayes Point Machine used for this demonstration.

Steps for implementation in Visual Studio

Suppose, the height and weight of each person are stored in memory as instances of Vector type. (Microsoft.ML.Probabilistic.Math) and the corresponding gender (“Male” or “Female”) is stored in a string type object. Thus, the data has an array of 1000 (dense) Vector objects and an array of 1000 string objects.

Infer.NET provides a mechanism called ‘mapping’ which allows you to specify in which format the learner should take the input data. It defines the way input data is passed for inference. It avoids unnecessary data conversions and enables choosing the format as per your convenience.

Train the classifier on the data

trainingSet.FeatureVectors: array of Vector type which contains height and weight measurements as well as a bias

Suppose, we have to predict the gender of a person with weight 50kg and height 163cm. Then, testSet. FeatureVectors is an array containing a single Vector with the centred height and weight feature values for 163cm and 50kg and a constant which acts as bias.

(Read about the Predict() function of BPS here).

The output will be either ‘Male’ or ‘Female’ depending upon the training data and test sample’s information we feed to the model.

Refer to the following sources to have an in-depth understanding of Infer.NET:

When Androids Dream Of Electric Sheep

Frequentist vs Bayesian: Can Inclusion of Innate Knowledge Give An Edge To Today’s AI Systems