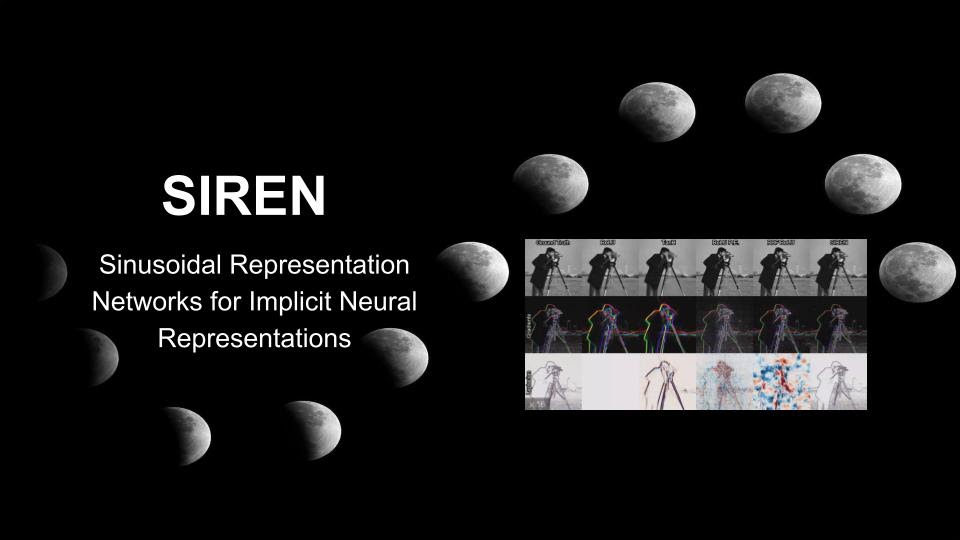 Implicit Neural Representations yield memory-efficient shape or object or appearance or scene reconstructions for various machine learning problems, including 2D/3D images, videos, audio and wave problems. However, present implicit neural representations employ non-periodic activation functions such as ReLU, tanh, sigmoid and softplus. ReLU is linear, continuous and differentiable to first-order, but it cannot be differentiated twice. On the other hand, a few variants of ReLU, tanh, sigmoid and softplus are twice-differentiable and continuous. But, these functions are unable to handle a physical signal’s spatial and temporal derivatives. Therefore, these functions fail to yield satisfactory reconstructions for complex and higher-order problems.

Vincent Sitzmann, Julien N. P. Martel, Alexander W. Bergman, David B. Lindell and Gordon Wetzstein of Stanford University have introduced a periodic activation network for representing higher-order complex problems. This periodic activation network produces the sine form of the input signal and is named Sinusoidal Representation Networks, shortly, SIREN. Because sinusoidal functions are differentiable to any degree, they help achieve precise 2D and 3D reconstructions along with their spatial and temporal derivatives. SIRENs are trained and validated for these representations using hyper networks with quick and accurate sine activation functions.

SIREN needs a GPU runtime, and PyTorch and conda environment. Download the source code into the local machine using the command,

Download the Anaconda-3 package using the following command, if the local machine does not have a conda environment.

and activate the environment by providing the following commands inside the inner base mode command cell as shown below.