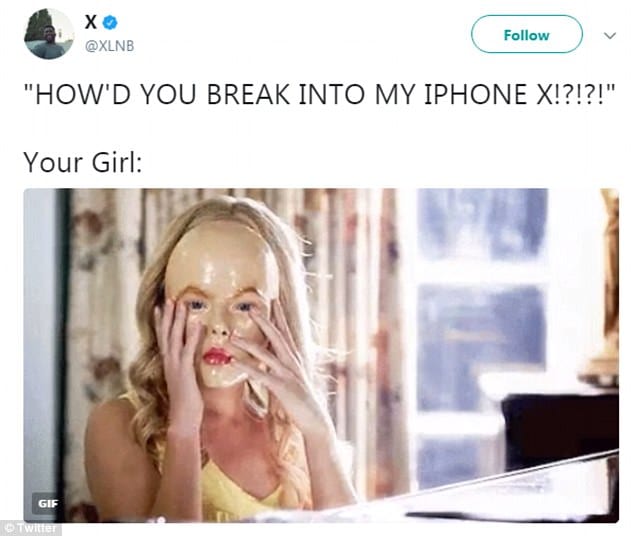 Apple unveiled the impressive line of the tenth-anniversary iPhone line complete with face recognition technology that allows users to unlock the gadget by scanning their face.

However, the eye-watering price of the smartphone has shocked many potential owners, leading to a hilarious wave of memes.

Some Twitter users made good use of the line “I declare bankruptcy” from US comedy The Office to poke fun at the £999 price.

We browsed through the micro-blogging site – actually laughing our way through – and came up with a list of our favourite memes on the latest iPhones. Check them out:

The obligatory Game of Thrones jokes

Hit show Game of Thrones, with its shape-shifting assassins known as the Faceless Men, proved an obvious point of departure.

Arya Stark would like to test the Face ID functionality of the iPhone 8 #AppleEvent2017 pic.twitter.com/e5sKhkupTg

I can unlock your #iPhoneX because I am "no one". pic.twitter.com/ovNi2m0grZ

What Apple does with the faces after the iPhone 8 scans them. #AppleEvent pic.twitter.com/P0ESonNM60

FaceID failed for us too. #OrphanBlack #AppleEvent pic.twitter.com/BhXhay75jR

Just one more reason to be worried about a Face/Off scenario.#AppleEvent2017 pic.twitter.com/viTDtxfl0D

Don't give her your #iPhoneX… pic.twitter.com/MZ0YI3ysV6