Is AGI A Reality Now? This Startup Claims To Have Cracked The Puzzle 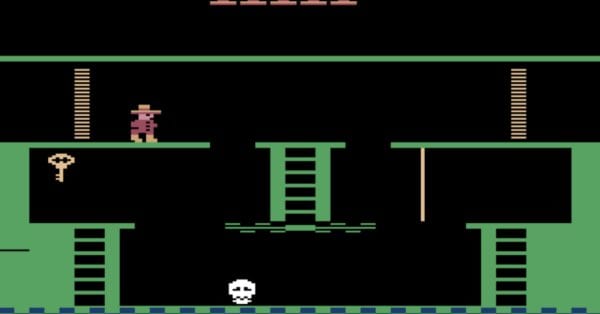 As the buzz around general artificial intelligence (AGI) grows stronger, a Maryland-based startup claims to have made a startling breakthrough. This startup has claimed that they have bypassed the standard deep neural networks techniques for three-dimensional image recognition tasks. Z Advanced Computing reportedly has a proprietary platform called ZAC General AI Platform built for people, pattern and object recognition, which can be used for varying applications in a clutch of industries. The scope is vast — from medical imaging, e-commerce and satellite imaging, to self-driving cars, biometrics and security.

According to Dr Saied Tadayon, CTO at Z Advanced Computing, the ZAC General AI Platform provides a superior approach in identifying complex 3D objects from any direction, from a small number of training samples. In terms of training data, the ZAC General AI Platform trumps deep neural networks, which are data-dependent and require large number of training samples. Dr Tadayon even underscored how this was the first demonstration of AGI techniques, which is fairly similar to the ways humans learn and recognise.

Interestingly, Z Advanced Computing have tailored their trademark programme for a broader set of tasks. Another key advantage offered by the platform is the ability to learn from small datasets, tackling the data problem faced in deep learning. However, we have seen examples in the past.

Even if ZAC’s breakthrough is the first example of general AI in action, it’s not alone in getting machines to learn on their own. Google’s DeepMind lab also made a tentative step towards general AI with AlphaGo Zero. As reported earlier by Analytics India Magazine, it started from random play, and was given no domain knowledge except the game rules. Even the, AlphaZero achieved a superhuman level of play in the games of chess, shogi and Go within 24 hours. It also convincingly defeated a world-champion program in each case.

Is The Term General AI Just Another Marketing Gimmick?

So, when is it reasonable to use the term “General AI”? Recent hardware deep learning developments indicate that researchers are well on their path to achieving breakthroughs in General AI. But deep learning too, has its own limitations and this Maryland-based startup has once again shone light on AI’s old debate — will DL get us there? The company has also brought into focus scientist Gary Marcus’s critique of deep learning techniques and their limitations.

Now, Z Advanced Computing has brought the power of AI to ML for the first time, a report in Fanatical Futurist claimed. The company’s top brass, Saied and Bijan Tadayon demonstrated the cloud-based technology identification and description prowess on a wide range of images of shoes. The duo told the portal about how their model surpasses neural network that can only recognise shoes but will not drum up a detailed description and identify the small features. Besides drumming up distinguishing features, their model will also learn from new data without any re-programming required. Tadayon emphasised how the demo showed how the company made significant strides towards general-AI and it can revolutionise AI and ML. “This is a complex task and not possible with deep neural networks,” Bijan Tadayon said.

From Narrow AI To General AI: A New Research Paradigm

Researchers across the world are striving to make breakthroughs in General AI. Today, AGI has become the main purpose of a clutch of R&D organisations. Case in point is Prague-based GoodAI, helmed by Marek Rosa which has an international team of 20 research scientists tackling problems in human-level AI. The company’s main objective is to speed up research and development in safe and beneficial AI. The research-oriented company also birthed the term “gradual learning” — defined as the ability of the AI system or platform to reuse skills for learning more efficiently.

This is a topic of research amongst GoodAI researchers and this feature can fuel the acquisition of skills or abilities, thereby paving the way for AGI. The company’s sister concern GoodAI Applied also builds prototypes for other business applications. One of their works include the Growing Topology Architecture — prototypes of neural network architectures that support gradual accumulation skills — which is gained by broadening the network topology and modular networks. The research company has also come up with a new initiative dubbed AI Roadmap Institute that compares general AI roadmaps floated by other organisations or professional bodies. Then there is the Brain Simulator — the proprietary platform used for running experiments.