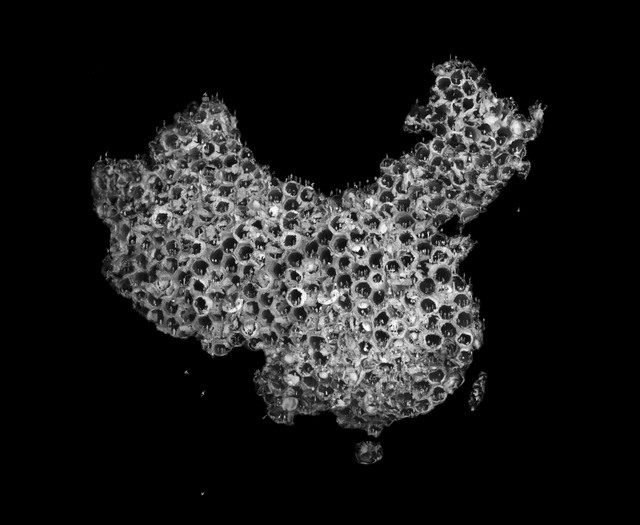 How Companies Are Investing In Students & Employees To Create Upskilled Professionals

Does China really have a big data advantage? Asia’s most dominant player in artificial intelligence has stepped up its efforts considerably. However, tech experts believe that even though the country and its key tech players have embraced the new changes, data is just one part of the puzzle as the country grapples with its share of user privacy concerns.

Casting a speculative look at China’s big data hegemony, industry experts have speculated that even though the Asian giant is charging ahead under a national agenda and establishing data sovereignty, it is also bringing in challenges in the form of privacy and digitisation. The big data gold rush in China is accompanied by its share of doubts and fragilities.

Fallout Of Big Data In China

Rise In Data Theft: Even though the country leads in data sovereignty, it also has been subject to data leakages. According to news reports, personal data theft is on a rise and a series of privacy issues has jolted Chinese users who are now showing a heightened sense of awareness. In fact, China Railways faced a data breach of their official ticket booking website in June 2018 after reports emerged of user information being sold for bitcoins on the dark web.

Data Sovereignty Means Tighter Control Over Private Companies: The rise of China’s tech firms is attributed to sweeping data collection power that allowed them to expand exponentially. But while data did enable the companies to scale their operations fast, it also enabled Beijing to play a more authoritative role in the companies. It also implies the State’s unbridled control over data and its intended use. In the case of China, the control is exerted over tech companies through regulation, closer scrutiny of capital inflows, fundraising and tighter control over products. Now there is news that the state wants “special management shares” or stakes in internet media giants.

Nationalised Tech Sector: China’s pro-trade policies have led to a nationalised tech sector where startups mushroom. Also, the country is pushing for a tech homecoming wave with the state urging tech champions with a market value exceeding ¥200 billion to list with Chinese Depository Receipts (CDR). While on one hand foreign private investment is highly regulated, no major player can compete against local companies on account of Chinese regulations. So that weeds out foreign competition, also due to highly-regulated investment, control is never ceded to foreign hands, unlike India where FDI is a huge source for economic development. Chinese companies are cocooned from direct competition.

A bigger issue is that while China’s privacy laws are very “business-friendly” they allow the state to monitor users aggressively. China’s data privacy laws give more teeth to the tech giants, is less rigid for the companies; and thus very effectively allows data processing without consent. It appoints tech companies as data stewards.

In fact, as Samm Sacks, Senior Fellow, Technology Policy Program a Center for Strategies and International Studies points out the concept of consent is given a broader latitude under China’s data protection regime. Sacks said that the Chinese approach to data privacy may look similar on the surface but it is the exemption of consent which could come under an intense debate. According to Sacks, China’s data privacy framework appears to differ from EU’s more rigid GDPR in terms of its overall approach to having legal ground to process personal data. Another research pointed out that Chinese users have a more laid-back approach to their use of personal data and privacy protection laws vis-à-vis their Western counterparts.

The Australian think tank observes that while the models are being built around the needs of the state, can they be scaled to compete with Google or Microsoft at a global level? China’s closed tech culture doesn’t allow foreign companies to enter the market and build applications tailored for Chinese consumers. This can also impact the tech ecosystem, many a tech expert has observed that the success of Chinese firms is only limited to the mainland and scaling operations would not be easy. Another key takeaway is that how data is collected would also affect the country’s digital ecosystem.

According to the Australian think tank’s white paper, China’s dalliance with big data began in early 2010 when the State Council mandated the policy in its 12th Five Year plan to “strengthen the development of basic software — more specifically, software that handles big volume of data”.

Today the big data vision is bigger and more ambitious with the Chinese government laying out an AI vision for 2030. As part of the AI vision, that entails developing a $150 billion industry, the state has earmarked $2 billion for AI development. AI is also at the heart of its military plan with China ramping up the use of AI for military applications. This has also sparked an international debate on the use of LAWS in warfare and how it could have a major impact.

The white paper further states that as per the 13th Five-Year Plan, big data applications form a high priority project dubbed as ‘informatisation’ projects. Big data has already seeped into China’s social sector and under the 13th plan, it will be further intensified. There will be more big data applications in the social, economic and public security sector.

How Companies Are Investing In Students & Employees To Create Upskilled Professionals

Why The US Is Betting Big On Differential Privacy: Interview With NIST Team