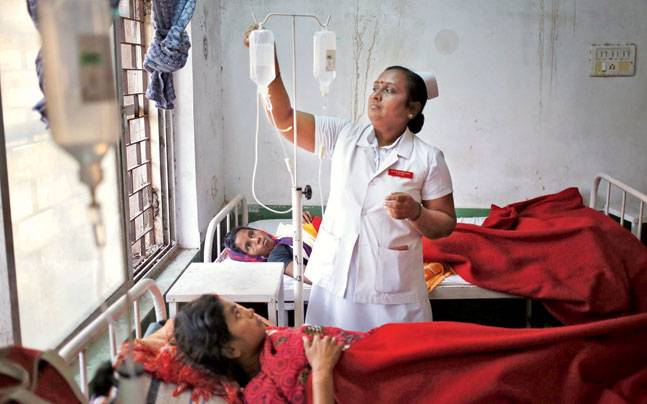 The importance of clean medical data for nuanced service delivery is the key to precision medicine which uses technologies like AI and machine learning technologies which are heavily dependent on data.

The onset of connected devices like wearable health devices and the convergence of smartphones have catapulted the amount of data that are generated every millisecond. In other words, the industry is ripe with raw data that can be used by industry practitioners and other stakeholders for driving the next wave of medical care.

At present, AI and ML have been used by practitioners in image analysis, wherein researchers apply AI models on the brain or MRI scan for better identification of brain patterns and functioning. Another upcoming area where its use case is highly important is in early stage detection of medical condition even before the symptoms of a particular health condition starts to appear.

One of the biggest challenges faced by India’s medical sector currently is the non-availability of enough doctors for each person who visits a hospital. According to 2017 data released by the Ministry of Health, India has less than one doctor for every 1000 people, making it the less than the standard requirement quoted by the World Health Organisation.

Currently, the sector is fraught with many challenges which are affecting the efficient delivery of the services to the people. Unlike in many western countries, where they have a unified platform to access healthcare facilities at an affordable price, India still lags behind when it comes to having a comprehensive platform.

One of the biggest drawbacks of not having a national portal is the non-availability of data repository which can be hugely beneficial for both medical practitioners and patients as it becomes easier to track past medical history and also to provide better solutions by leveraging technologies like AI and ML.

Another problem that is uniquely Indian is the inability of most patients to articulate their concerns properly, according to a recent study by researchers on Identifying a medical department based on unstructured data, the researchers say that patients visiting institute like AIIMS are unable to correctly describe their problem and are therefore referred to the wrong department.

In order to address the issue, the researchers proposed a system that will scan prescriptions, referral letters and medical diagnostic reports of a patient, process the input using OCR (Optical Character Recognition) engines, coupled with image processing tools, to direct the patient to the most relevant department.

“Our system suggests the correct department 70.19% of the time. On further investigation, we found that one particular department of the hospital was over-represented. We eliminated the department from the data and performance of the system improved to 92.7%,” said the researchers in the paper.

As per the research, close to 10,000 people line up at the outpatient unit at AIIMS and due to large incoming of people in large numbers, more often they are directed to the wrong medical department.

Thus leveraging NLP capabilities and augmenting manual appointment booking, the AI system was able to direct the patient to the right department by going through their medical documents.

“All these systems use machine learning models that require supervised learning involving a vast amount of data. With the advent of Big Data framework, it is now possible to handle volume, variety and velocity aspects of the data to draw value from the data using machine learning techniques. Big data framework has opened up a new set of possibilities in healthcare,” they said in the paper.

The Future of Healthcare And AI Impact