Is MATLAB losing its charm? 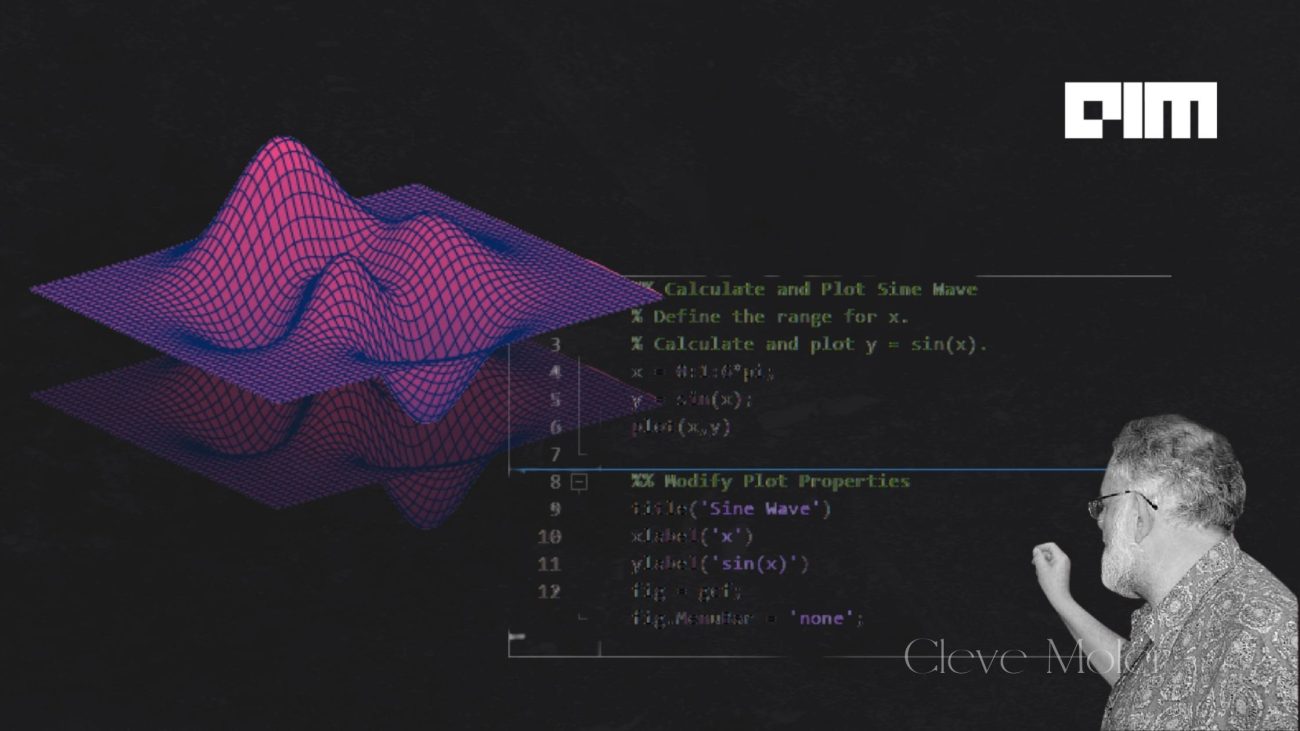 Though Python has continued to showcase its dominance again in the TIOBE Index for April 2022, the highlight of this month’s report is something else. MATLAB is almost dropping off from the top 20 for the first time in more than a decade. In April 2021, it was at the 19th position, and now, a year after that, it has dropped further. MATLAB finds its usage in the numerical analysis domain and is often combined with Simulink. Both come from MathWorks company.

MATLAB has been in existence for almost four decades now. Celebrated computer programmer and mathematician Cleve Moler is the creator of MATLAB.

In a 2017 conversation with Computer History Museum, Moler said, “While I was working on LINPACK and EISPACK, I was also teaching courses at the University of New Mexico, and I wanted my students to be able to use LINPACK and EISPACK without Fortran programs.” In 1984, he co-founded MathWorks with Jack Little to commercialise this program.

Erin Byrne, engineer at MathWorks, explains in a video that millions of engineers and scientists use MATLAB to analyse the data, develop the algorithms and create the systems that are used in different aspects of our lives. “At the heart of MATLAB is a high-level programming language that lets engineers and scientists express matrix and array mathematics directly,” she adds. MATLAB comes with a library of toolboxes covering areas such as signal and image processing, control systems, data science, deep learning, AI, etc.

If you look for the reviews of MATLAB on any site, along with the many uses of MATLAB, what you will find is the common grievance – the price tag! Let’s face it – MATLAB licenses are quite expensive.

“Although MATLAB has a biannual release cycle, the language doesn’t evolve that much. And since MATLAB licenses are rather expensive, alternatives are catching up quickly now,” adds Paul Jansen, CEO of TIOBE Software.

As MATLAB is not an open-source product, users have to buy licenses to access it. And it does not come cheap and can be unaffordable for many. On top of that, for every additional toolbox the user needs to run, they have to bear extra charges.

MATLAB’s pricing structure is based on four types of use cases.

Interpreted language comes with its own problems

Python is a popular choice, Julia too

Python is an open-source programming language which also means it’s available completely free of cost. As per one’s needs, one can download and install Python and alter the source code. It enjoys a big and vibrant fan following, with developers actively contributing to its advancement.

In fact, Python has been consistently topping various “top programming language” charts for quite some time now. In January, Python won the TIOBE Programming Language of the Year award for the second time in a row.

Julia, too (also open source), is becoming a popular choice in the community these days. In the April TIOBE Index ratings, it has jumped from position 32 to 26.

Though not thriving at the moment, MATLAB does enjoy its loyal fanbase. It finds wide usage in academic settings dealing with heavy numerical computations. MATLAB is quite easy to use and comes with predefined functions and libraries. The predefined libraries and tools available help users to build GPUs for their individual programs.

Edit: This story has been edited to add comments from MathWorks obtained post the story’s release. These views are from Prashant Rao, head of application engineering at MathWorks India.

“This is only one such index. We are focusing more on how our customers are engaging with us. With that in mind and where our products are being used, we are not seeing a drop as such. Maybe what is happening is that there is an overall trend of software in everything, and there is an increased use of softwares by multiple professions. In the past, the usage was mainly focused on engineers and scientists. Probably, the denominator of the number of players has actually increased. Our software is used by engineers and scientists for engineering and scientific applications. Many of the other softwares mentioned there are general purpose. It’s an overarching trend of increase in usage of software across all aspects of the industry.”

“If you are looking from just a price perspective, then that’s not completely right. At the end of the day, an engineer or a scientist who is using our tool wants to have the best possible tools to be able to do the work they want to do. If you are starting from scratch, you would want something that gives you a head start, which bootstraps your ability to actually work on that problem statement. We should approach it from that perspective instead of looking at the price of the specific tool. Just looking at the price is a one-sided approach to this.”

“We don’t view anyone as a competitor. We actually work with open source applications. Many of our customers use MATLAB along with Python. We are not saying replace Python with MATLAB because we know that there are existing legacies and existing constraints of the customer. We work together with the competitor.”