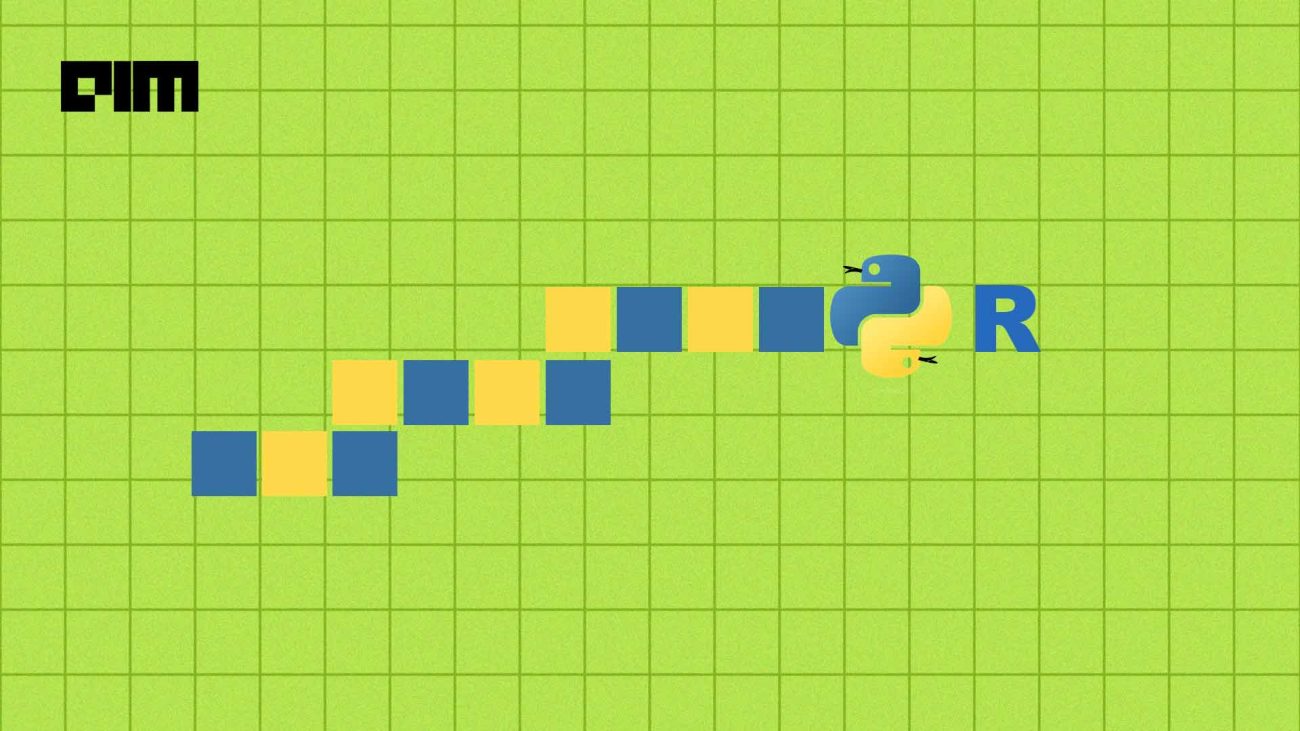 Following the company’s annual user conference in Washington, D.C. held on July 27, IDE (Integrated Development Environment) RStudio announced that it has a new name—Posit. The move signalled the company’s expansion plans with a focus beyond R, including users of Python and Visual Studio Code.

Meanwhile, the open-source data science community Posit said, “While many things will stay the same, our rebrand will result in changes beyond a new name.”

RStudio has been emphasising that its commercial products are “bilingual” for both R and Python for many years. However, the “RStudio” brand has made it difficult to convince organisations to consider its products for Python users.

But does it bring about a belief that Python is somehow supplanting R for the data science ecosystem?

At Snowday 2022, cloud company ‘Snowflake’ announced new additions to its platform that are set to help data scientists and developers figure out new ways to develop pipelines, applications, and ML models with the firm’s single data platform.

Over the years, Posit (formerly, RStudio) has transitioned from R-exclusive tooling to an agnostic language ecosystem. There has been a gradual shift of RStudio IDE to be more Python-friendly. RStudio—a name synonymous with open source R development—rebranded itself to better represent the evolving business.

This led to the rebranding of tools and commercial products. RStudio Connect was renamed ‘Posit Connect’ and RStudio Workbench as ‘Posit Workbench’. RStudio said in a tweet that RStudio IDE will still be around to offer help with the open source R development.

Although RStudio is seeking to balance the share of engineers working on R with other advancements over time, the company claims that the majority of work will continue to be R-related.

Python is a high-level, object-oriented programming language that comes with built-in data structures, making it a top language for the development of applications. Python syntaxes are simple and easy to read.

On the other hand, R is a programming language used for statistical analysis of data and comes with a wide range of techniques of linear modelling, statistical tests, non-linear modelling, and clustering. One of the core strengths of R is easy production of a plot, including mathematical notations and formulas.

However, both the languages are the preferred for data science, data analysis, and machine learning.  R primarily focuses on the statistical aspect of a project while Python is flexible in its data analysis and usage.

R plays an important role in visualising data in graphs. However, it is difficult to use this language in a production environment because of its ‘yet-to-develop’ production tools. In contrast, Python can be easily integrated in a complex work environment.

When it comes to performance, users prefer Python as it runs faster than R in all environments. However, a user posted on Reddit that Python has libraries that are ‘embarrassing’ compared to feature-rich ones in R.

Nevertheless, both languages are among top favourites for users to work with depending on their usage in a given environment.

A Single Home for R and Python

With R and RStudio communities, the company has helped users pose and answer difficult questions around data. By building open source tools to make “code-first” data science accessible to millions of people to establish reproducibility as a baseline for analysis and communication, the company aims to foster developments in a diverse community.

RStudio said that one of the core ideas that the community believed in was the imperativeness of using open source software for scientific work.

“Scientific work needs to be reproducible, resilient, and must encourage broad participation in the creation of the tools themselves.”

Hadley Wickham said, “The name had just started to feel increasingly constraining.”  Both Wickham and CEO J.J. Allaire emphasised that the rebranding doesn’t signify a shift away from R.

However, a user claims that above all, the foremost problem with R is governance.

On Python github, users will be able to see thousands of pull requests and issues, with various people who are trying to contribute to the core language. In addition, Python even holds elections with anyone theoretically becoming a “core python developer”.

The user further said, “Do you want to contribute to the core R language? You can’t. R is open source in terms of the source code being available, but completely closed in terms of development. You cannot even directly create an issue on the bug tracker if you find a bug.”

If Python is a democracy, R is the feudal system. Additionally, since R core developers are unelected and the amount of core developers can be counted—it makes Python more diverse than R.