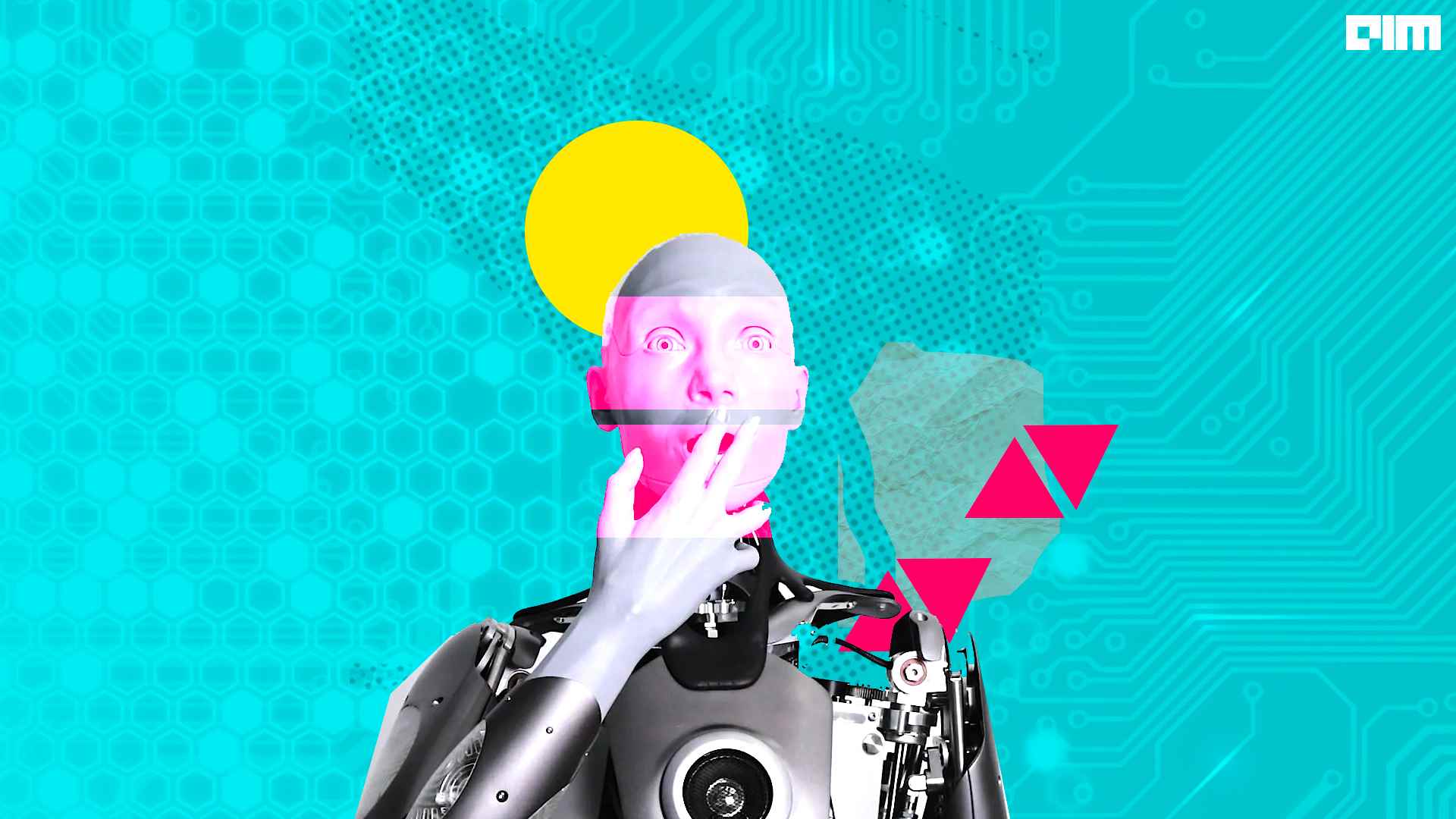 This quote by German psychologist Erich Fromm may not have taken shape yet; however, robots have definitely taken a step towards transforming into humans. Well, almost.

Recently, UK-based robotics company Engineered Arts showcased its artificial intelligence (AI) humanoid robot Ameca that can make human-like movements and facial expressions to the extent that it is almost eerie.

Engineered Arts claims that Ameca is the “world’s most advanced human-shaped robot.” The humanoid is designed as a platform to develop and peek into what the future of robotics technology would look like.

Engineered Arts recently released a video on YouTube showcasing the capabilities of Ameca. At the beginning of the video, the humanoid is seen waking up from what seems like a nap or slumber, emoting confused expressions. It almost feels like the robot is coming to life. Post that, on seeing its arms, Ameca seems to be amused and finally seen to be smiling and welcoming the audience. Ameca can move its eyebrows, blink its eyes, open its mouth and curl its fingers– almost like us humans.

With its human-like artificial body, Engineered Arts has developed Ameca in a way that it can be tested for artificial intelligence (AI) and machine learning (ML) systems, along with its tritium robot operating system.

Engineered Arts tritium is its in-house software framework which the team has been working on for more than 12 years now, perfecting it for its unique robots needs. It can operate on all hardware components and from all hardware platforms. Engineered Arts’ other robots– Robot Thespian, Quinn and Mesmer, also rely on Tritium for its functioning.

Ameca’s hardware is also built in-house and is based on the robotic company’s Mesmer technology that can display a range of human emotions. Mesmer robots are designed and built from 3D in-house scans of actual humans, allowing the Engineered Arts team to imitate human bone structure, skin textures and expressions. Mesmer can be programmed and controlled from any location with the help of the Tritium operating system and even by any individuals with no knowledge of coding.

Ameca’s modules run independently, and thus, one can just have the head or an arm. The robot is available for purchase as well as rental for events.

Robots in the Block

Players in the $27.73 billion valuations (as of 2020) robotic industry have been long trying to design and develop robots that can replicate human motions and now emotions. Earlier this year, a leader in the space, Massachusetts-headquartered Boston Dynamics, showcased its Atlas performing a parkour routine. Although Atlas is only developed and designed for research purposes, other robots have been making headlines for actually easing humans’ jobs. Built by Amazon Robotics and Advanced Technology teams, robots Ernie and Bert make Amazon’s warehouses and facilities safer, comfortable and more efficient for the company’s employees.

More popular in the league, Hanson Robotics’s Sophia– although considered a failure by some, was the first-ever robot to be granted the citizenship of a country. Developed as a look-alike of Hollywood actress Audrey Hepburn, Sophia even featured in an interview on television at the Tonight Show with Jimmy Fallon.

Unlike Atlas or Sophia, Ameca cannot walk or run and jump. Its lower body is non-functional at present. The team at Engineered Arts is currently working on upgrading Ameca’s capabilities, allowing it to work at some point.

Engineered Arts has developed Ameca for real-life action and to not just be in labs. The robotics company also claims that the robot can be upgraded in the future– both its software and physically, to enhance the humanoid’s abilities. At present, Ameca is only a small glimpse into what the future of the robotics industry holds.