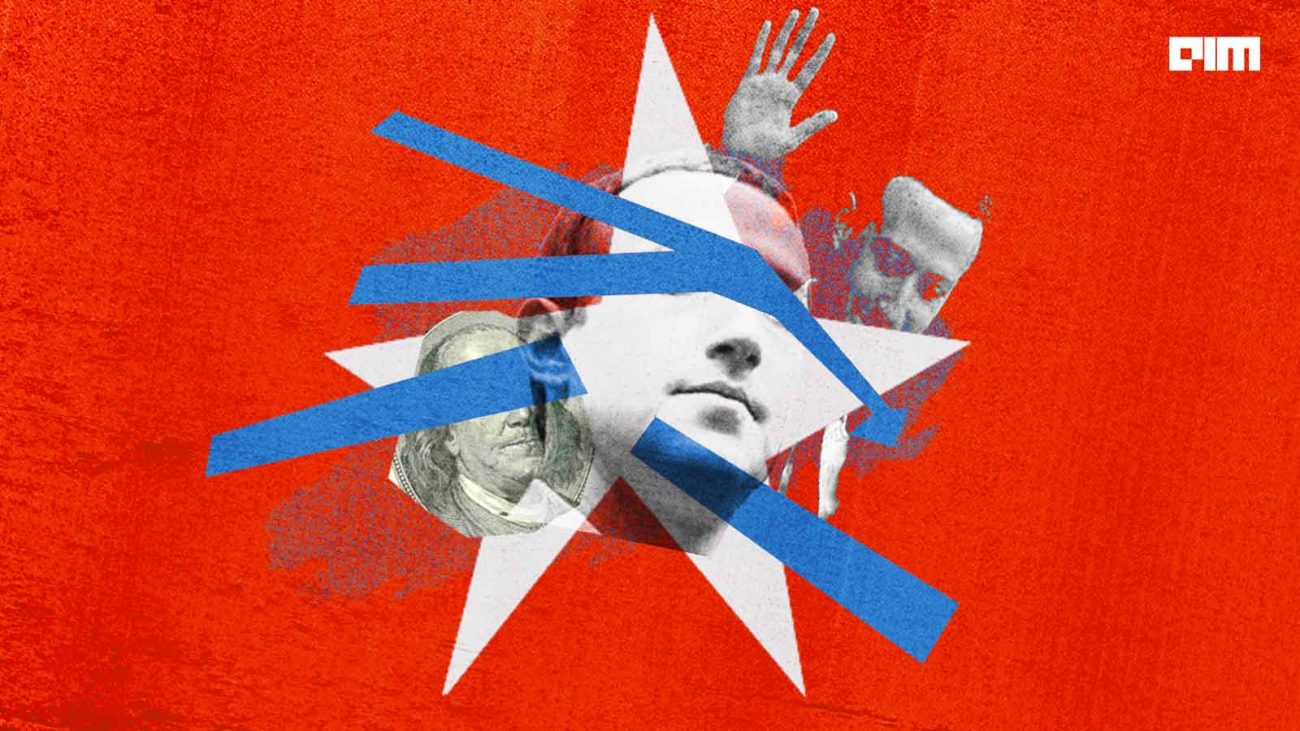 Last week, Apple lost USD 220 billion in value in just three days. Not just Apple, a host of major US tech companies lost more than USD 1 trillion in combined value in a short period, begging the question – is it another dot com crash in the making?

The 2002 stock market crash pushed the US economy into recession. Last month, Deutsche Bank warned that the recession might hit the US in late 2023, largely due to the Federal Reserve’s steps to contain inflation.

“The entire US economy is about to shut down again, but this time it won’t be a dress rehearsal like with COVID-19. This will be the real thing. We won’t ask businesses to close; they’ll have no choice but to close. Tens of millions will be fired from jobs that will never return,” said Peter Schiff, chief global strategist at Euro Pacific Capital.

The Fed has been raising interest rates aggressively over the months to fight the high inflation rate. Earlier this month, the Fed approved a rare half-percentage-point interest rate increase and a plan to shrink its USD 9 trillion asset portfolio. Notably, this is the largest increase in interest rates since 2000.

The apex bank raised the federal funds rate to a target range between 0.75 percent and 1 percent. Despite the backlash, traders expect the Fed to continue increasing the rates in the coming months to hit 3 percent by 2022.

Deutsche Bank, in a report, said the US economy would decelerate sharply in the second half of 2023. “We expect annual headline CPI to be 7.2 percent this year, with core CPI inflation remaining at or above 3 percent until 2024. We expect the Fed will raise rates by 50bps at each of the next three meetings, followed by 25bp moves at the remaining meetings this year. Beyond that, it will rise to 3.6 percent by June 2023,” the report said.

US President Joe Biden said fighting inflation is his administration’s priority. “We’re headed straight into a recession if we continue down the path. Joe Biden, and his Democrats have us on. We can’t keep up this endless spending. We can’t keep passing insane omnibus budgets,” said Kathy Barnette, a Republican candidate for US Senate in Pennsylvania.

If the Fed raises interest rates too much and too quickly, it could push the US economy into a recession. On the other hand, if the Fed doesn’t raise the interest rates, inflation will soar.

The three leading US stock market indices– Nasdaq, S&P 500, Dow 30– have been under pressure since this year. The S&P 500 stock index fell below the 4,000 mark on Monday for the first time since March 2021. Nasdaq closed at its lowest level since November 2020.

Tech stocks go into a tailspin

“Stock markets more recently are witnessing huge sell-offs after the Bull Run witnessed in the last year or so. Tech stocks typically bear the brunt during such times, especially the early-stage tech companies, as a large number of them are not profitable and rely on funding from VCs and PE. We are likely to witness a combination of slow down in tech funding as well as a recalibration of valuation expectations of founders. A slowdown in funding may have an impact on the growth plans of these companies and may lead to lay-offs in the near term. This, in turn, is likely to have a negative impact on the US economy and in the event, the US economy does slip into a recession, the recovery is likely to be slow and painful,” said Janani Sankaran, associate director, BFS Practice, Frost & Sullivan.

“The sharp fall in the stock prices of high growth tech companies across the globe is getting crazy, it feels like the dot-com boom. It is ridiculous how quickly the expectations changed from growth at all costs to generating free cash flows to survive the next 2 to 3 years since raising funds might be tougher. It is almost impossible for businesses to quickly adapt, especially the larger ones,” said Nithin Kamath, founder and CEO of Zerodha.

The US is in its fourth super-bubble in 100 years, according to Jeremy Grantham, co-founder and chief investment strategist of Grantham, Mayo, & van Otterloo.

In The Megyn Kelly Show, Schiff said the overpriced US tech stocks most people own are at risk. “We’re inflated during the bubble and will collapse as the air comes out of that bubble,” he added.

Tech stocks are crashing and burning because of tighter monetary policies and rising interest rates. As a result, many tech investors are selling off their stocks. The sell-off in the equity market is bringing down valuations of the biggest tech companies in the world. Moreover, with the Fed set to increase interest rates further, the bubble might burst at some point.

“Been a brutal sell-off in tech stocks that is hard to digest for tech bulls like us. Tech earnings bullish for enterprise/product-driven names; outside supply chain issues show demand intact. Fighting the Fed thesis we get, but this sell-off magnitude is irrational in our opinion,” said Dan Ives, MD, Equity Research at Wedbush Securities.

Nathan Baschez, co-founder and president at Every Inc, said the long-awaited tech correction might be finally happening.

2022 was a reality check for investors. To weather the COVID-19, the Fed lowered interest rates, resulting in many investors betting big on tech stocks, sending the whole sector into overdrive.

Many tech companies that raised funds over the years are still pre-revenue. As a result, most of them will not make money for years. Further, sales and profit are expected to slow down after nearly five years of explosive growth. Most tech companies are overvalued. “An entire generation of entrepreneurs & tech investors built their entire perspectives on valuation during the second half of a 13-year amazing bull market run,” said Bill Gurley, general partner at Benchmark.

Last month, Alphabet posted its slowest quarterly revenue growth since 2020. Meta reported the slowest sales growth in a decade. Netflix saw its subscriber growth turn negative in more than a decade for the first time. The streaming company lost 200,000 subscribers globally in Q1 2022. Such developments indicate the huge gains accrued during the pandemic are going down.

“Investor sentiment in Silicon Valley is the most negative since the dot-com crash,” said David Sacks, a co-founder and partner at Craft Ventures.

“A recession in the US this time is likely to be as bad if not worse than the 2008 financial crisis. A US recession coupled with inflation due to supply chain and geopolitical reasons is to be viewed with caution. A recession may also lead to job losses, defaults in loan servicing, credit card defaults, and home and student loan defaults. Structural level reforms may be needed in addition to any financial relief package assuming there is headroom available as part of the cure for a recession. The impact of the US recession on the world economy is also expected to be severe – with emerging economies bearing the brunt of the same,” Janani said.

Unemployment and recession go hand in hand. According to the Bureau of Labour Statistics, the unemployment rate remained at 3.6 percent in April. In fact, the US job market added more jobs last month than expected; however, the tech sector is showing signs of contraction.

Meta is set to put hiring on hold for most of its mid- or senior-level positions. Robinhood plans to let go of nine percent of its full-time employees. The company had gone on a hiring spree during the COVID-19 pandemic.

Peloton is downsizing by about 20 percent as part of a cost-cutting measure. Activant Capital founder Steve Sarracino said millions of tech workers could be laid off in the next couple of years.

Last March, Pitchbook released a report warning startups of a slowdown in venture funding and how to deal with it. Matt Turck of FirstMarkCap, a New York-based VC firm, said the “growth market was pretty much dead”, and the market is seeing a marked slowdown in Series A and B.

According to a report by CB Insights, global venture funding reached USD 143.9 billion in the first quarter of 2022, down 19 percent from the previous quarter.

That said, VCs operate on a different cycle than public stock markets, according to PitchBook. So it is still early to extract a trend. Also, seed funding witnessed an uptick month-to-month, indicating that investors are still willing to bet on tech startups. But the question on everyone’s mind is, will investors start playing safe from now on, given how tech stocks are crashing?