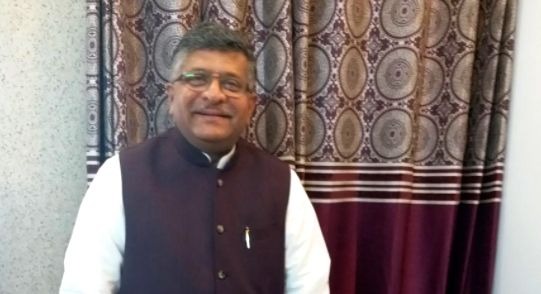 Adding a new facet to the ongoing Cambridge Analytica scandal, the Union Ministry of Electronics and Information Technology (MEIT), India, has reportedly issued a letter to Facebook seeking information regarding the data leak of any Indian citizens.

This comes hot on the heels of the MEIT issuing a notice to Cambridge Analytica about media reports about the data analytic firm’s questionable practices during certain Indian elections. According to a leading news wire, the MEIT asked questions about a possible leak of information about Indian voters, and the measures which should be taken to prevent it.

On Wednesday, Cambridge Analytica whistleblower Christopher Wylie had claimed that the firm had worked extensively in India and “believed” that the Indian National Congress employed them for certain regional elections in India. He had even listed his projects including 2010 General Elections and 2012 Uttar Pradesh elections and 2010 state elections.

Ravi Shankar Prasad, Minister of Information Technology, warned Zuckerberg on Wednesday, saying, “Mr Mark Zuckerberg, you better know the observation of IT Minister of India. If any data theft of Indians is done with the collusion of Facebook systems, it will not be tolerated. We have got stringent powers in the IT Act including summoning you in India.”

In a recent undercover report, Cambridge Analytica ex-CEO Alexander Nix and SCL Elections managing director Mark Turnbull had been caught boasting they had worked on more than 200 elections across the world, including India, Nigeria, Kenya, the Czech Republic and Argentina, among others.
Cambridge Analytica has been accused of illegally obtaining information on more than 50 million Facebook users. In what data experts are terming as one the largest abuses of personal data in history, Cambridge Analytica has been accused used this data to help target American voters for its work with (now US President) Donald Trump’s 2016 election campaign.
Here’s a timeline of the events: