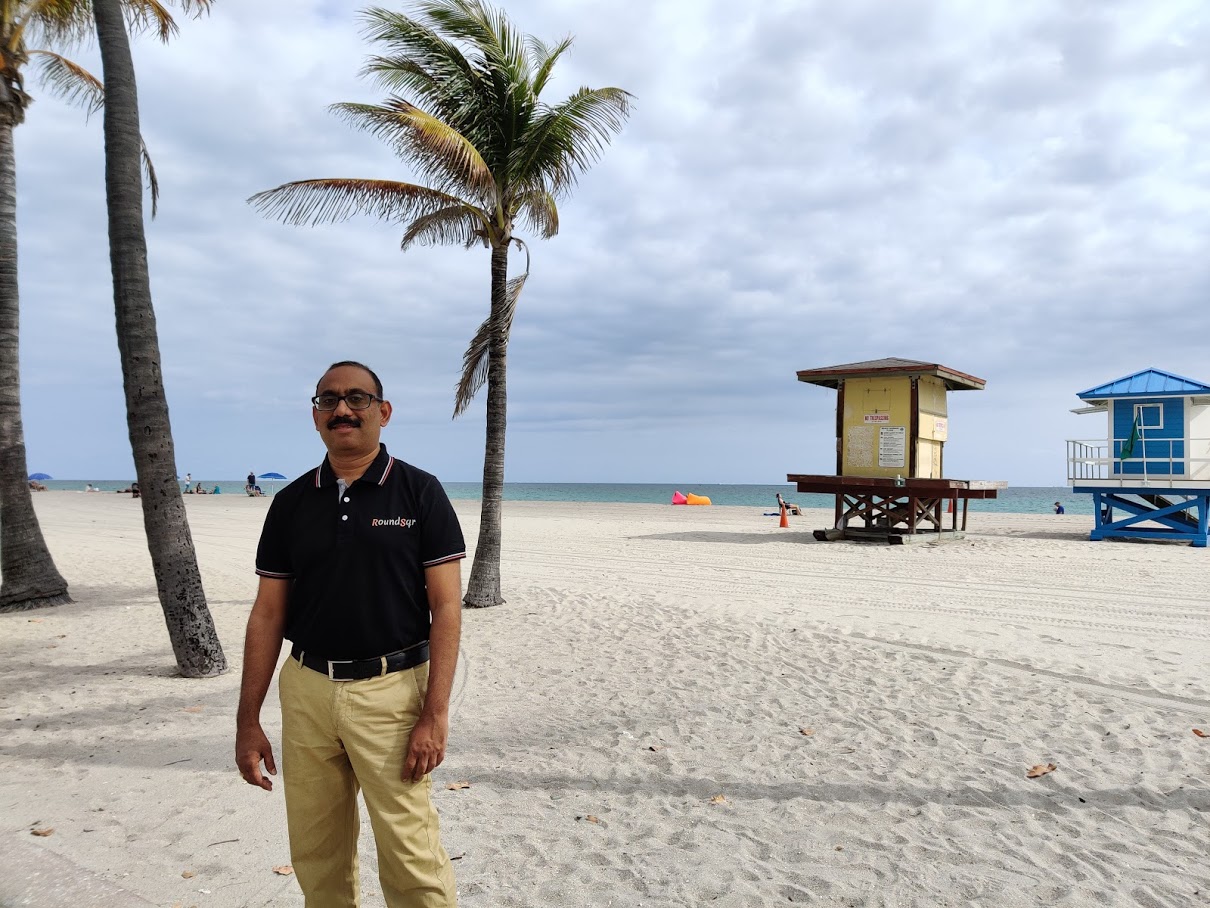 Owing to the increasing demand for data scientists and the growing course offerings, today, many aspiring data scientists want to learn as many tools and techniques as possible within a few months. Therefore, they enrol in several online courses, complete it, and then seek job opportunities. This approach, however, is ineffectual as they struggle to crack the interview since job seekers do not get an in-depth understanding of the domain. Instead, they should prepare a long term plan for starting and thriving in the landscape.

In an attempt to assist aspirants in making effective decisions for their career, Analytics India Magazine, every week, brings out the story of prominent data scientists. For this edition, we interview Srinivas Atreya, Chief Data Scientist at RoundSqr, for our weekly column My Journey In Data Science.

Srinivas has completed his bachelors of science in mathematics, statistics and computer science from Osmania University in 1995, and then, went on to do an MBA from NIT Trichy. After completing his MBA in 1997, he joined Tata Consultancy Services (TCS) as a C/C++ programmer. “Fortunately, in my first job, I was trained on MATLAB and SPSS for operational research data-related projects, which lead to the journey in machine learning and computer vision over the years,” explains Srinivas. Since he learnt statistics in his bachelors and was a proficient C/C++ programmer, it was straightforward for him to learn statistical modelling. Back then, most of the libraries were in C programming, allowing Srinivas to carry out algorithmic development effectively.

Srinivas also pointed out that people today interchangeably use modelling and algorithmic. However, he explained that modelling is a mixture of business and technology, where one tries to find a correlation between various variables, but algorithmic is purely technical and has more to do with the optimisation of the outcome from modelling.

Such techniques were used by Srinivas in his very first project at TCS when he was involved in price optimisation for an American multinational consumer goods corporation. He credits the architect of the client who mentored him throughout the process of the project. Although Srinivas had to put in additional efforts to learn new ways, he was fascinated to work with data; this is where Srinivas’ journey in data science begun.

Throughout his professional career, Srinivas continued to learn as the data science landscape evolved. It was only in 2007 when he was into traditional image processing while working at Wipro. He was assisting a client — a US-based retail company — in identifying the objects on conveyors for effective warehousing. Working in computer vision was fascinating to him, and since then he has continuously worked towards enhancing his skills in the domain.

“I never took specialisations courses; I was focused on learning mathematics, statistics and algorithms. The rest always took care of itself,” says Srinivas. “If the core concept is clear, it is not very difficult to keep up with the changes.”

While Srinivas used to read various books to learn due to the shortage of online resources during his initial journey in data science, today, he reads research papers to stay abreast of the latest trends. He gets inspired by some of the researchers like Jurgen Schmidhuber for pioneering work on sequence models and Judea Pearl for ideas on the casualty.

Srinivas insists both aspirants and professionals should focus on assimilating research papers and other science articles to learn new techniques and simulate thoughts. “Typically, I bother about the research papers that have more than ten citations, and then I spend a few hours to read it,” he added.

“One should at least set aside three to four hours a week. Initially, it can take a month to read and understand a research paper, but it is worthwhile.” He also laid down the strategy to get started with reading such papers and said one should read its synopsis on Medium. Following this, one should go to the original paper and read every line; skimming it won’t work. If one fails to comprehend specific jargons, techniques, or mathematics behind, he/she should lean them before moving forward to make the most out of research papers.

Being a part of a growing company like RoundSqr, Srinivas spends 70% of his time in hiring and mentoring data scientists. Knowledge in algorithms, basic probability, linear algebra, calculus and a curious mind is all that he seeks in an applicant. Besides this, he engages with various business executives who want to deploy solutions in the AI space, and sometimes it becomes a challenge for him to explain the limitations of what AI can and cannot currently do. Further, to contribute to the community, Srinivas also teaches at various institutions.

Advice To Professionals And Aspirants

With 20+ years of experience in this field, Srinivas believes that tools in data science will keep changing every few years, but the core fundamentals of statistics and mathematics remain the same. He urges aspirants to strengthen the basics from prominent statisticians teaching in MIT and Stanford, which are available for free over the internet.

Concerned about the current approach of aspirants of quickly learning techniques from online courses and ignoring the fundamentals, Srinivas said that data science could not be learned in a few months that various online course providers claim. Instead, job seekers must stay patient and learn over the years. For which, he advises aspirants to get into data analyst roles instead of finding data science jobs after getting the certifications. “As the data science domain is vast, patience is key to success; one cannot be an expert in all the techniques of data science. Therefore, aspirants should start their journey in data science by learning fundamentals, being curious, and experimenting with new techniques. This will allow them to find a technology that they are interested in within the data science landscape,” concludes Srinivas.